You are using USD exchange rate GDPs, which are very volatile. The main effect is probably the fact that the Euro began to circulate in 2002, replacing the cheap domestic currency.

Here are some more general reasons why the peripheral countries did well before the recession: 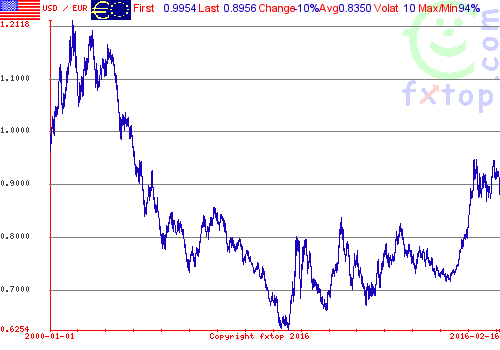 Another thing to consider is that the Athens Olympic Games were held in 2004. The cost of the games alone, not including infrastructure projects, is estimated around \$10 billion. A lot of construction work was done during the previous two years. The increased government spending may also have benefited other sectors indirectly (multiplicator effects). This could explain another part of the 50% increase.

There is only one problem with the argument above. According to the suspiciously smooth data I have found, there was no sudden increase in Greek government expenditures during these two years. (Click on max to see the long term.)

Not the answer you're looking for? Browse other questions tagged gdp economic-growth or ask your own question.

8
On the relationship between income distribution and GDP
1
Comparing GDP contractions between Russia and US
1
Why are there base years for GDP in current prices (or Nominal GDP)?
4
Basic question on calculating real GDP
1
How are GDP rates calculated?
9
Can the stock market grow faster than GDP indefinitely?
2
GDP Growth QoQ vs YoY: Why do the figures not match?
0
How can I adjust the base year of this price index?