What's the difference (if any) between "fixed assets" and "fixed capital" in the UN SNA?

From my reading of the UN System of National Accounts (2008 update), "fixed assets" and "fixed capital" seem to be completely synonymous. Yet strangely there seem to be these two different terms. So what, if any, is the difference between them?

I can find a definition for "fixed assets" but not for "fixed capital":

Fixed assets are produced assets that are used repeatedly or continuously in production processes for more than one year (p. 196).

I can also find a definition for "consumption of fixed capital":

Consumption of fixed capital is the decline, during the course of the accounting period, in the current value of the stock of fixed assets owned and used by a producer as a result of physical deterioration, normal obsolescence or normal accidental damage (p. 198).

Elsewhere, I find a statement which, together with the above, would seem to identify "fixed assets" with "fixed capital":

consumption of fixed capital, a figure representing the decline in value during the period of the fixed capital used in a production process. (p. 3)

Put on your institutional hat. And make a distinction between fixed assets, like land, and the ownership of fixed assets: capital. See the European System of National Accounts 2010 p. 73. 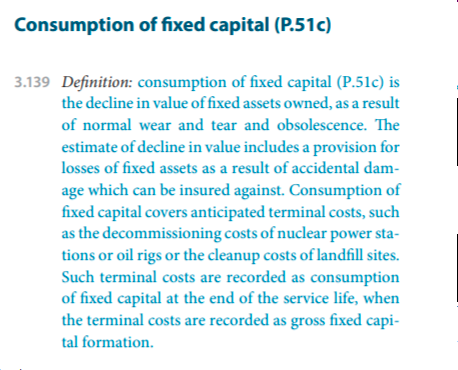