To what extent are renewables like solar driving down the cost of oil?

The price of oil has declined by roughly 66% in the past couple of years, and a lot of people want to know why: 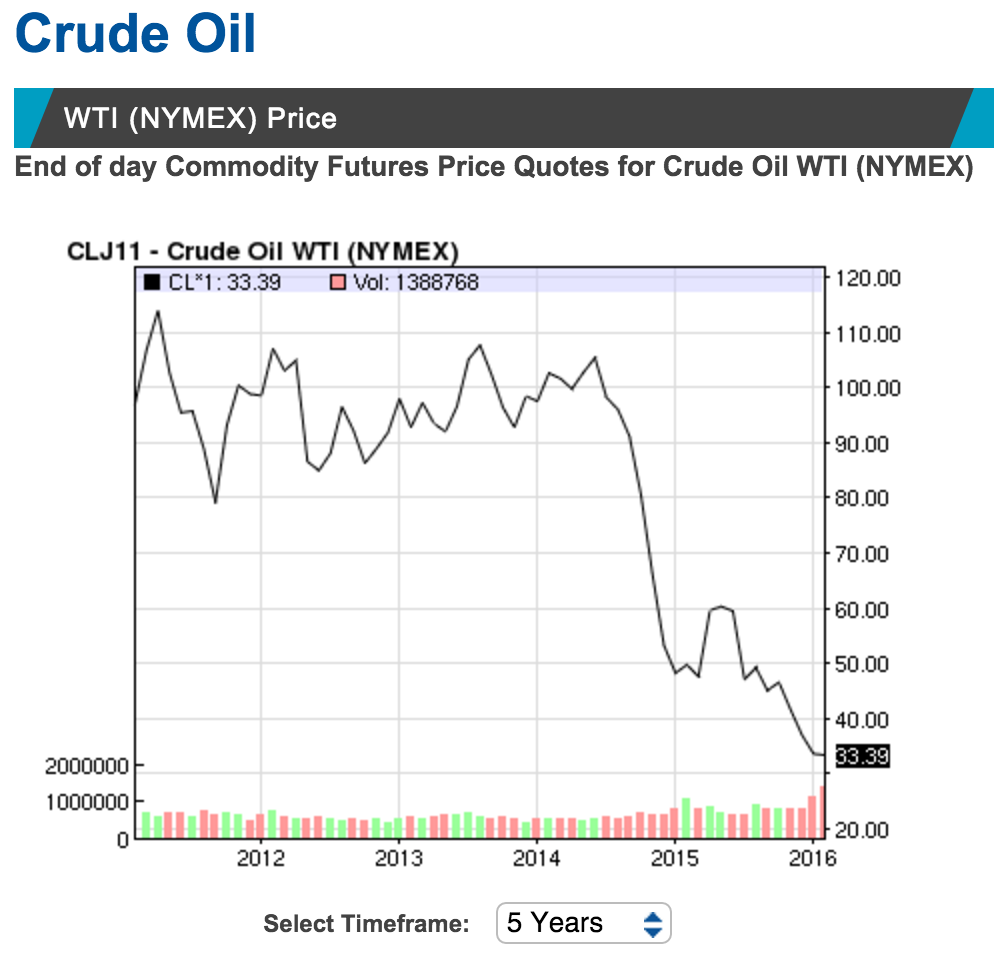 Some people are saying that the recent trend of oil prices dropping means the global economy is consuming less oil and therefore economic leading indicators suggest financial collapse in the future.

They are wrong (today) because oil consumption has been increasing continuously over the last 20 years. 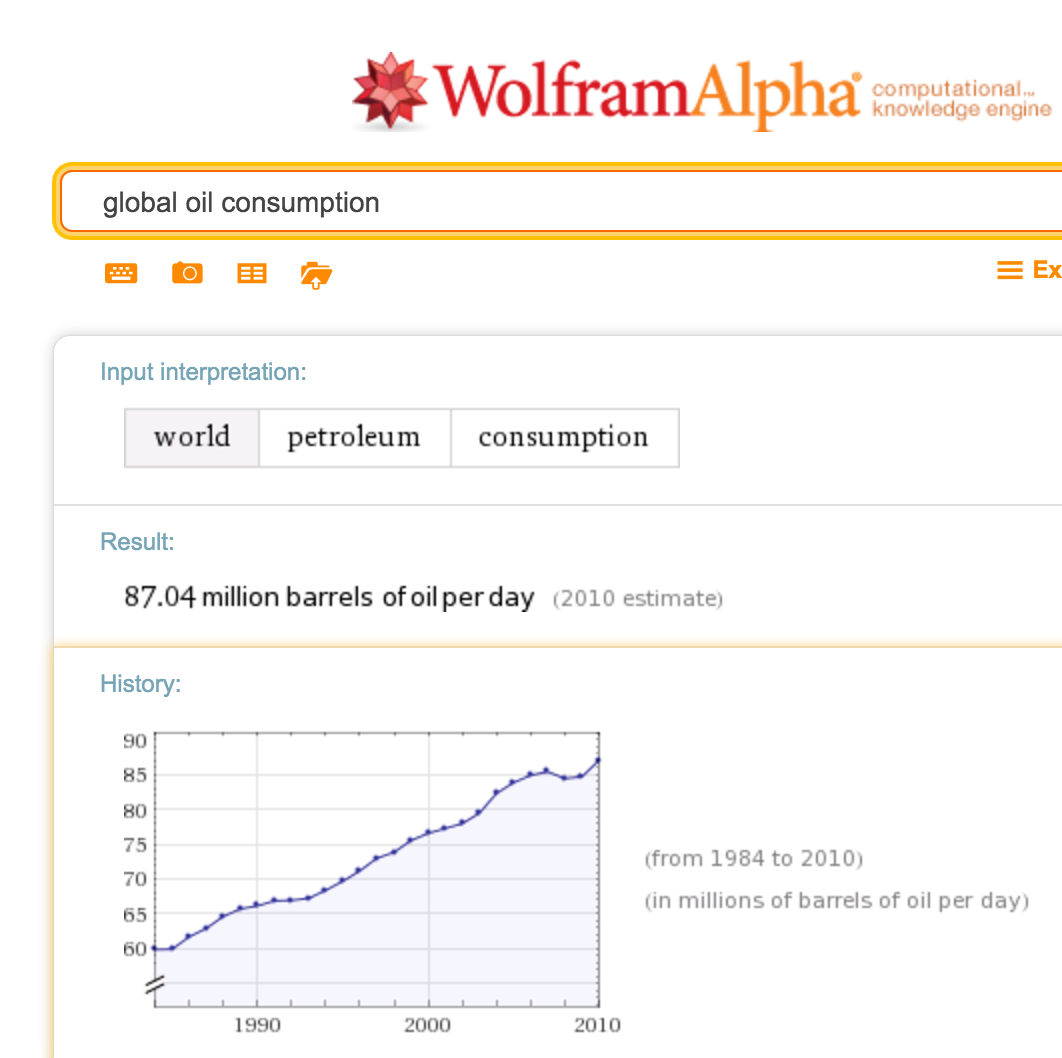 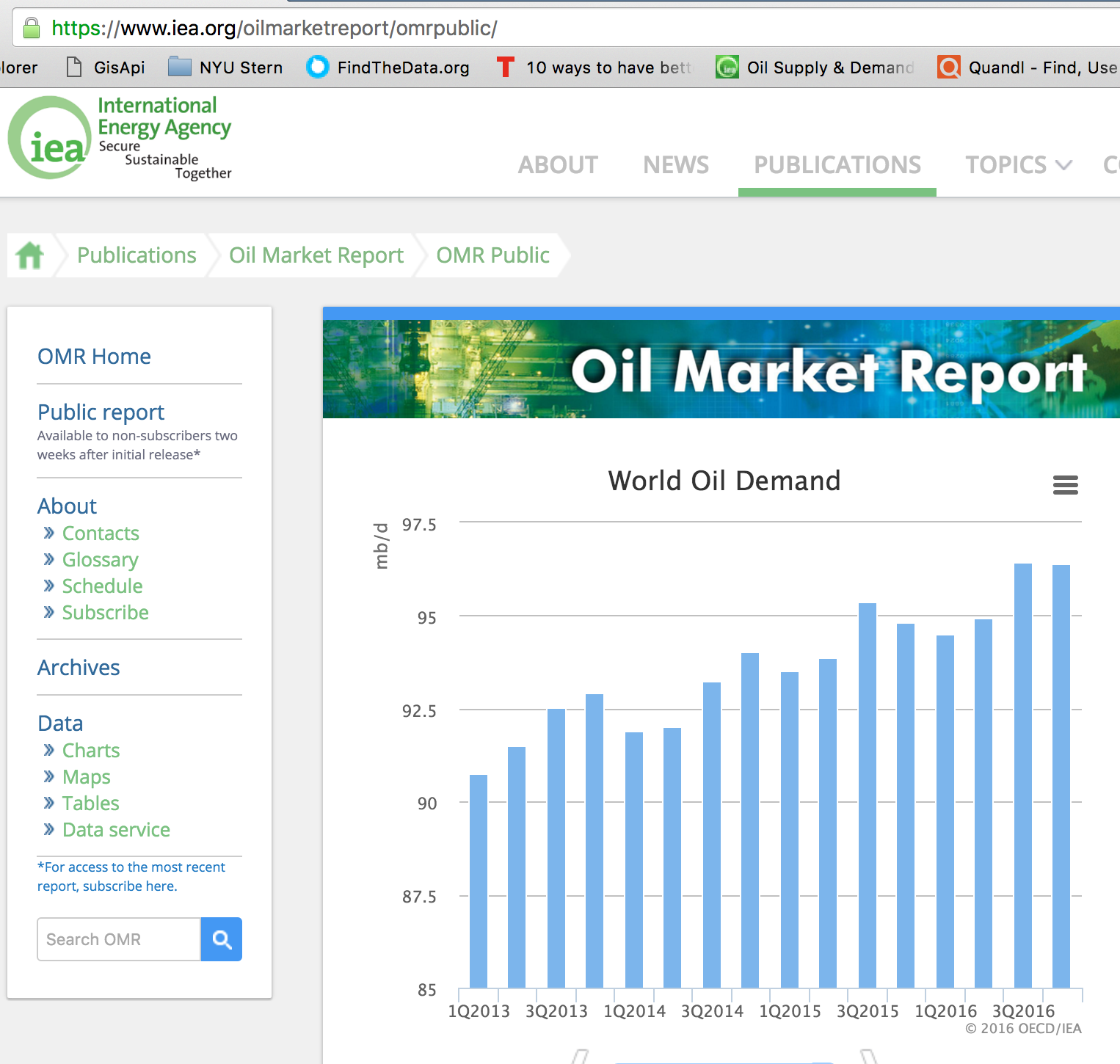 Other, more sensible ideas are that (today) oil prices have been decreasing because oil supply outpaces oil demand. But it hasn't been enough to compensate for the price drops. Its not like oil production has increased by 66%. At most, it has increased by 15%, more likely something like 10%. 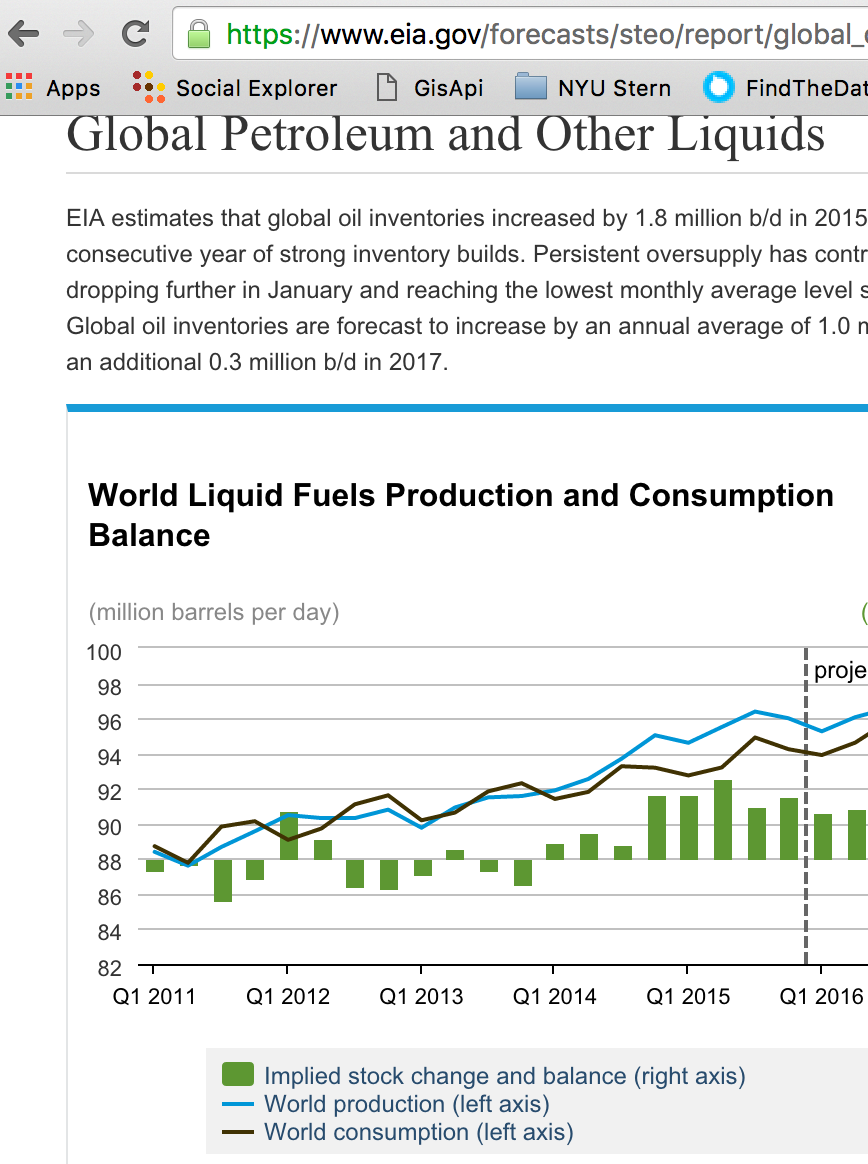 So, prices have fallen faster than the production surplus have increased.

Could it be alternative energy technologies like solar (or fear of them on the part of oil producers) that are causing this additional decline in oil prices? 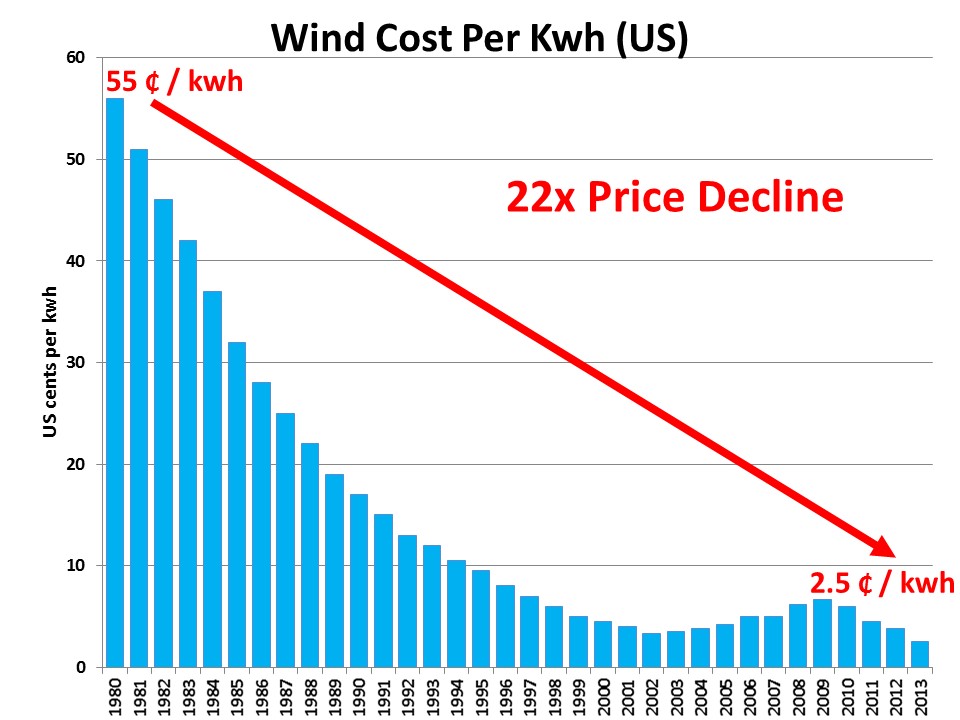 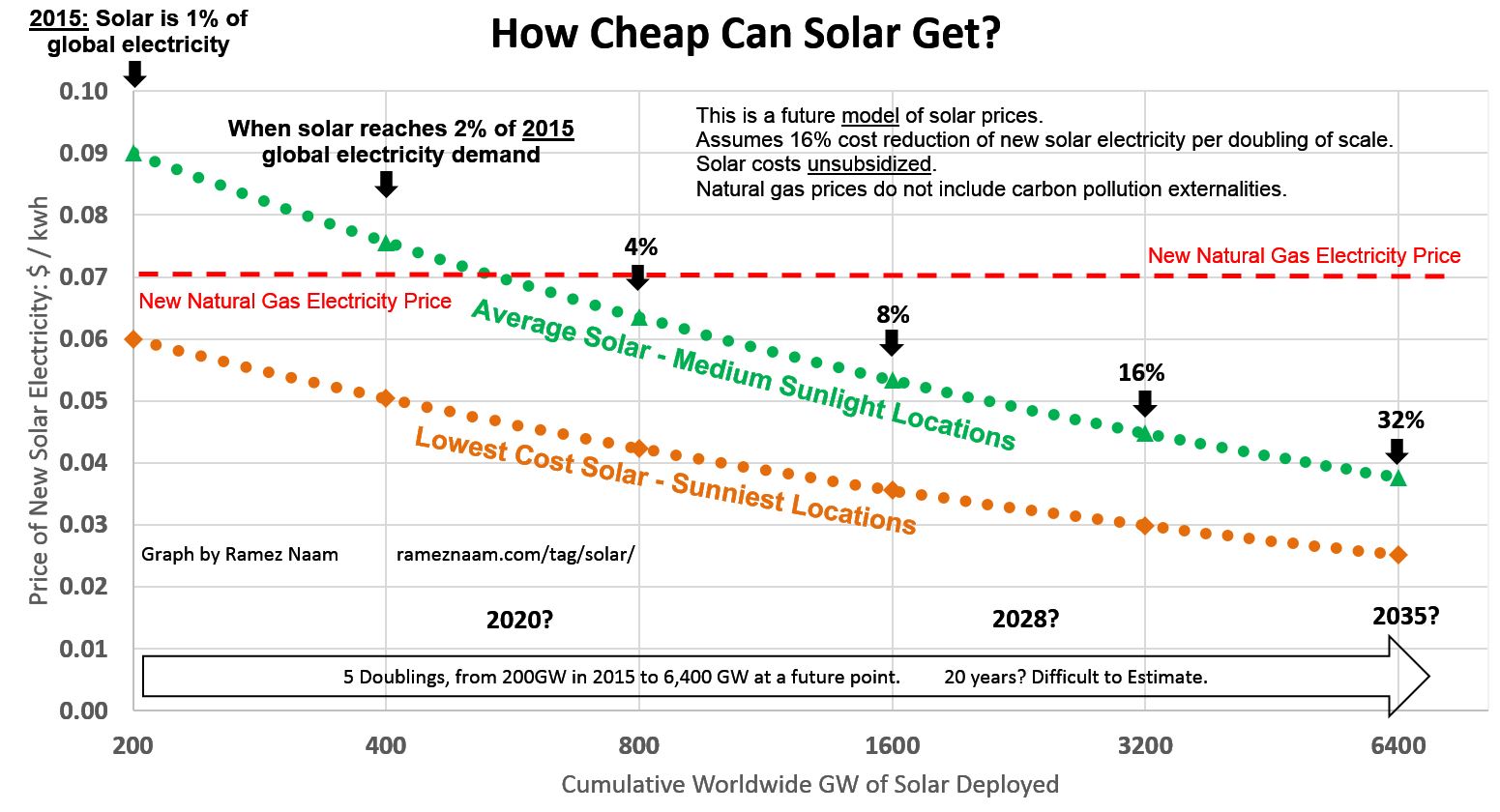 There are several reasons from supply and demand side. From production side, for example, contrary to anouncement of cutting production (from Saudi Arabia, Venezuela and Qatar), Saudi Arabia continued to increase its production. (There are some political reasons behind like Saudi Arabia would like to make some pressure on Russia and USA but I don't enter into this discussion as it does not concern an economic mechanism.)

Also, there are some other countries like Canada, Iraq and Iran where the oil production rises, which pushes prices to fall. (I think you can easily find some data about that, I have seen somewhere in web.)

From demand side, there is a risk of deflation in Europe and contraction of demand in most of developping countries, which also affects production side and could make a downward pressure on energy prices.

Another reason could be use of energy efficient technologies (like some cars or machines in some industries.)

What theory says about this issue ?

In fact, the existing literature on environmental economics says that price of exhaustible resources tends to increase as they become scarce. (it is the famous Hotelling rule)

In this current situation, it is sure that there are less incentives for economies to switch to clean technologies as price of exhaustible resources decreased to much.

To respond to your question, the use of renewable energy is increasing in world but I don't think at all that the huge fall in oil prices is due to "increasing" use of renewables. This trend for renewables is always present since some decades but until now, oil prices have always increased.

As I have tried to explain, I don't really think there are robust correlations between the drop of oil prices and renewable energy use.

The oil price has fallen because production is very high, demand has not risen in line with production, and so the world's existing oil stores have filled.

Machines that do consume oil products - and these machines are predominantly vehicles - cannot just choose to use electricity instead of oil products. They require different engines.

In the long term (let's say the next 30 years), as vehicles get electrified and / or switch to cleaner fuels, renewables will make oil consumption obsolete. The first million electric vehicles took 30 years to sell. The next million vehicles will sell in 18 months. (source: Bloomberg New Energy Finance). But those long-term effects aren't priced into today's price of oil, because the oil that is stored, and being extracted today, will all have been burnt by then. If you want to see signs of the long-term effects, then you might find them in the share prices of oil, gas and coal producers, which are supposed to embody long-term information.

The tiny fraction of lower demand resulting from rooftop devices or even reverse metering, which produces a minuscule impact on generated power, that may have an effect. What has an effect is the perceived risk and its management at the investment and pricing levels. Therefore, not all the effects of senses of opportunity and risk will be visible in the data. In other words, the time shift between correlated features in the data do not always faithfully indicate causality.

What is a faithful predictor is a life long indication of value. Those that value money tend to have more. Therefore, the larger dollar shifts in investment and the larger artificially motivated price shifts will be, to a large degree, instigated by the wealthy.

What is their interest? Relatively safe return on investment.

If research into things like any of the technologies in this Energy Acquisition Tree is viable in the short term, investors have an opportunity to invest in the markets affected by research breakthroughs and the research to bring forth the breakthrough at appropriate times. This is how the oil industry was built. Research, infrastructure, and demand were manufactured concurrently through the following activities.

Although the correlation is obvious in culture and in economic data during the last hundred years, the causality is not always clear. The cause was largely a set of conversations in golf carts and in investment banking board rooms about ROI capacity, which is high for fuel oils unless depletion becomes an issue. It will eventually, but the decisions were made with generations between the decision makers and the eventuality of resource depletion.

With solar, the case is different. The ROI is not nearly as immediate, but the longer term durability of the technology may be higher. Without an absolute assertion that it will be higher and a significantly longer term business vision, alternative energy is merely a speculative market and highly dependent upon political and military trends.

This may change if a few relatively probable events occur with substantiality.

Not the answer you're looking for? Browse other questions tagged macroeconomics producer-surplus or ask your own question.

3
Oil as a function of GDP
12
What is the reasoning behind the sharp fall of oil prices starting in mid 2014?
23
Should we expect more structural technological unemployment if growth becomes more limited by natural resources and less by labour?
14
Larry Summers on the causes of secular stagnation
3
The Oil hike of the 2000's: Did it go unnoticed, and why?
2
What amount of share buy-backs are legitimate?
0
When calculating GDP using the income approach how do we make sure that we count only wealth produced in given year?
2
Would printing money be necessary for remedying macroeconomic problems such as underemployment and overindebtedness if trade was balanced?