I was wondering if anyone had an idea about the first author to have mathematically computed an isoquant or at least the first occurrence of a drawn isoquant ? My best guess would be F. Edgeworth in Mathematical Psychics: An Essay on the Application of Mathematics to the Moral Sciences (1881) but I really doubt it !

"The first unquestionable appearance of isoquants is in Bowley 1924"

Lloyd reproduces the figure to be found in Bowley: 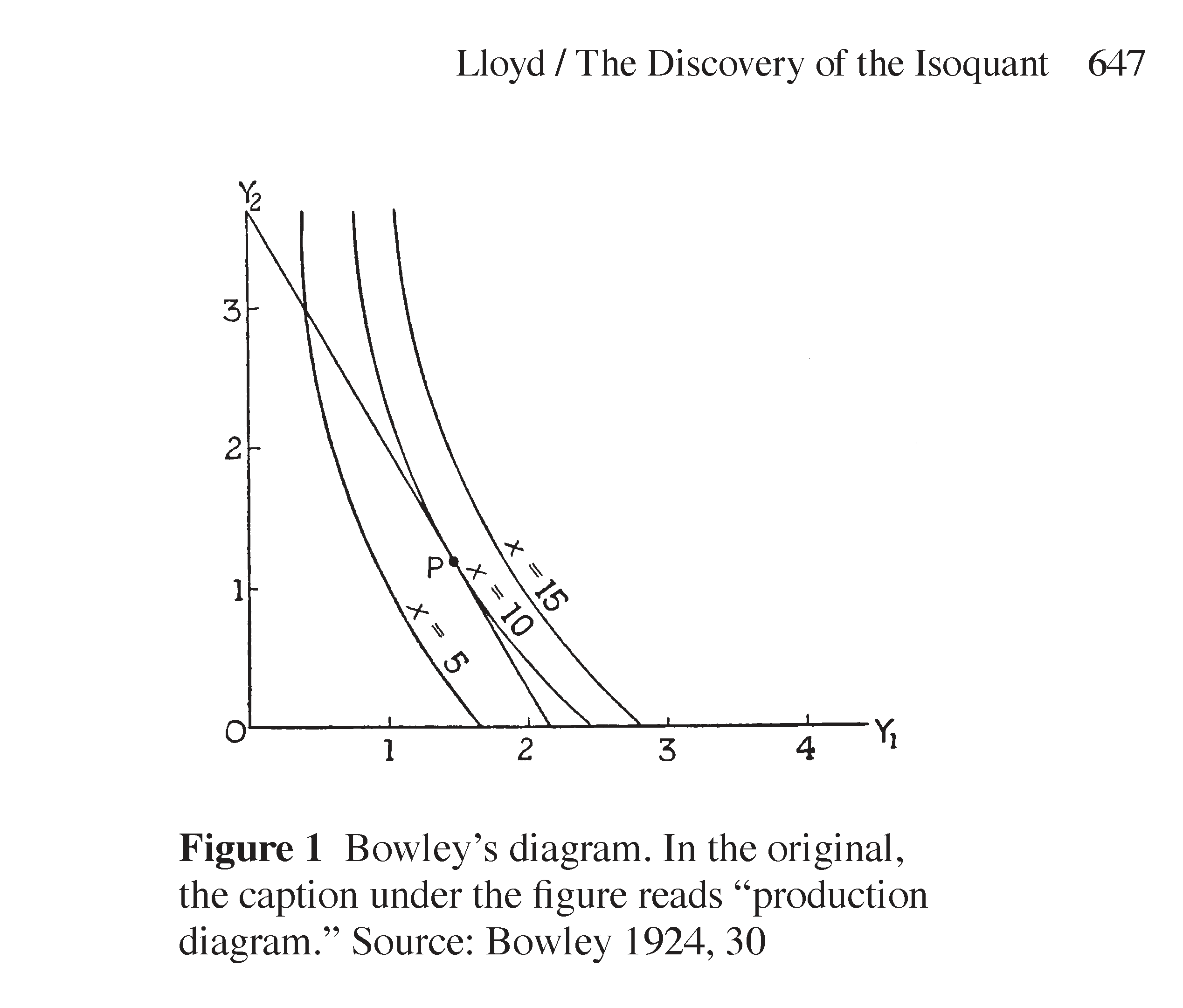 As for the term "isoquant" Lloyd writes

"In his second note on the elasticity of substitution in the same journal, Lerner (1934) called the curve the “isoquant.” This is one of the first uses of the term isoquant in the English-language literature."

As regards the question "why isoquants took so long after the indiferrence curves invention", from the three possible (and not antagonistic) explanations that Lloyd puts forward I find very interesting the third one: in his words (p. 658) (bold my emphasis)

"Following the practice of the English classical writers, all neoclassical writers on production and distribution theory distinguished a trilogy of factors—land, labor, and capital."

So if your mind is fixed to thinking three inputs, (and a very realistic triplet at that), you won't go easily into thinking just two of them -and realize that you can represent them graphically.

Not the answer you're looking for? Browse other questions tagged microeconomics history-economic-thought or ask your own question.