How much money was distributed during quantative easing?

I expected to be able to find this information on the web somewhere. However, I have not been able to find a real breakdown. Once again, I have no interest in a political debate. I'm simply seeking the real dollar numbers.

The easiest way to estimate the total amount of quantitative easing is to look at the change in the balance-sheet of the Federal Reserve because every bit of money put in through quantitative easing involved the purchase of assets which grew the central bank's balance sheet. 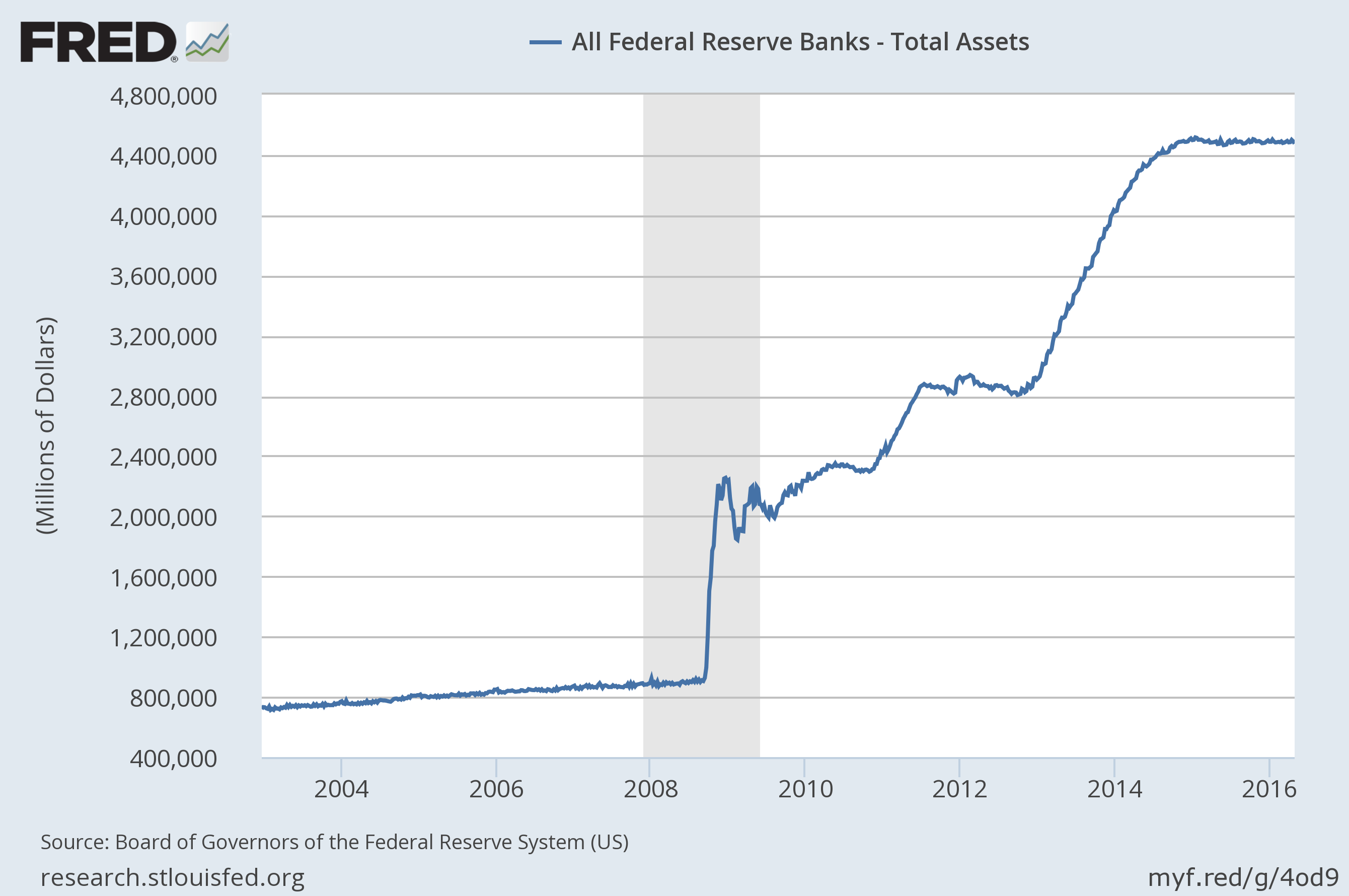 You can see in the graph above that the total growth is about \$3.6T. There are non-quantitative easing reasons for these reserves to grow over time so this should be treated as an approximate figure.

Additionally, if the proceeds of the QE are used to purchase still more assets those asset purchases might not be universally agreed on as QE. However, the quantity of QE was decided on as the amount of purchases to do taking into account these other issues. If the other considerations had lead to lower asset growth it is possible that the FRB would have done more QE, leaving the balance sheet unchanged. If so, the total change in assets during active QE could be regarded as the intended level of QE.