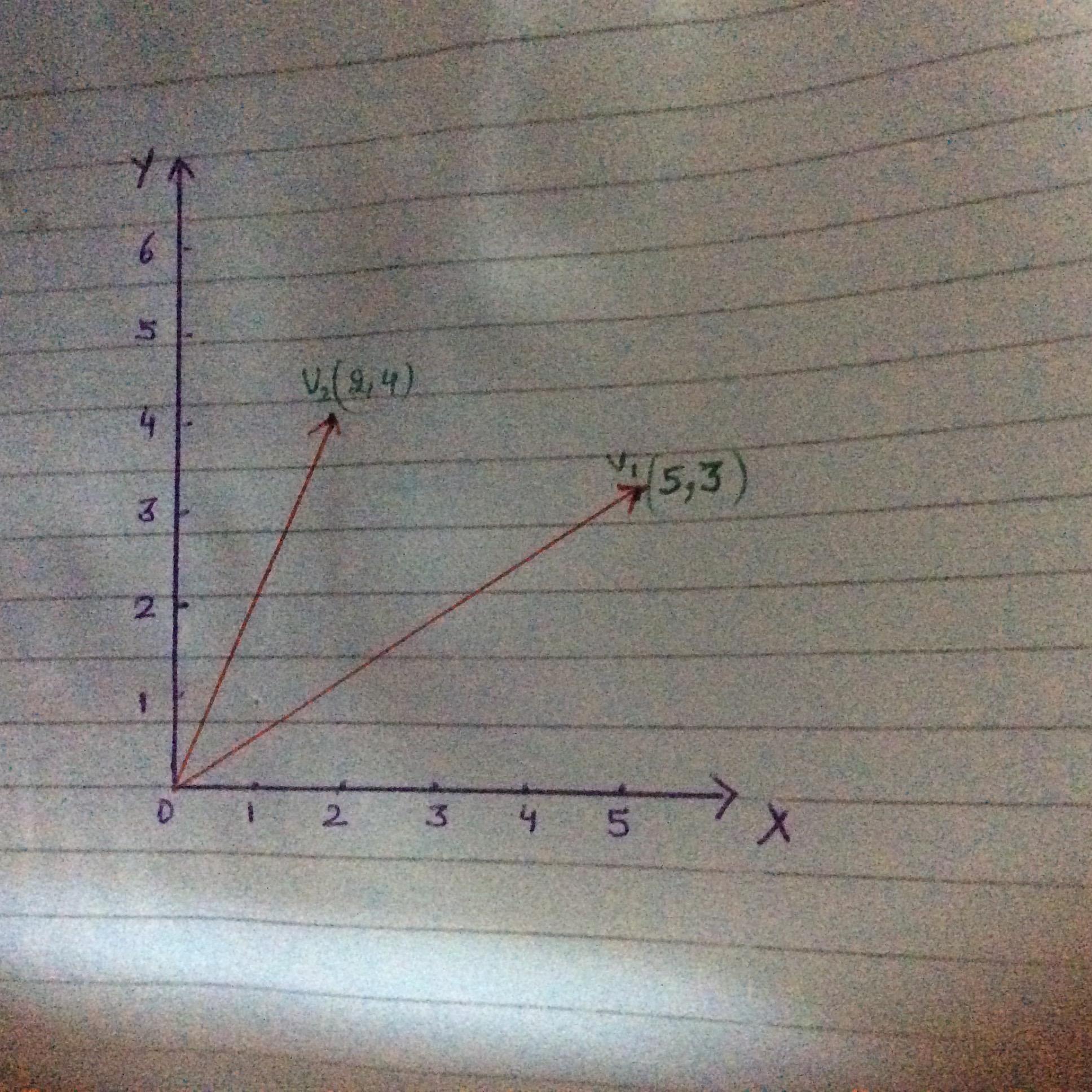 By definition,vectors are quantities having magnitude as well as direction ,especially as determining the position of one point in space relative to another

First of all, you need to expand the definition of a vector. It is not only quantities having maginitude and direction. While I agree that is the representation in $\mathbb R^2$, it is not always the case. Think of a vector as a representation of any ordered group of numbers $(x_1,x_2,...,x_n)$ and forget completely that you ever thought these implied magnitud and direction.

We think of commodity bundles as vectors and not as quantities by themselves because we want to be able to explain consumption choices as bundles. Let me give you an example with a bundle of 2 goods, $(x_1, x_2)$. Think that $x_1$ is the amount of coffees that you can buy whereas $x_2$ is the amount of packets of sugar that you can buy. We want to be able to compare, say, $(2,1)$ with $(1,2)$. I agree, we could analyze both the choice of both goods separately, but ultimately we want to know what is the optimal consumption bundle and not the optimal amount of sugar and coffee separated. Now, did I say something that entails magnitude? Or direction? No.

In physics it is useful to think of a vector as being defined by its magnitude and direction, but I think this is not the most useful intuition in Economics, rather the better intuition is as an ordered group of numbers as MathUser said. We can think of a vector's magnitude as its norm and think of its direction as where it points to in $n-space$. The main distinction of a scalar, $\alpha$, and a vector, $\mathbf{x}$ is what space they are in.

Where each row indicates a different commodity. Using the two vectors you drew in your question as examples:

So Person 1 has utility

and Person 2 has utility

Using vectors has allowed us to calculate utility by take into account all of the information we are given, rather than looking at things one at a time.

Not the answer you're looking for? Browse other questions tagged mathematical-economics or ask your own question.

3
price space as a dual of commodity space
2
Euclidean spaces,vector spaces,metric spaces,commodity spaces,Cartesian spaces
1
Simple arbitrage model of a single commodity
2
Is there a proof for composite commodity theorem?