Is there anything like ratio between number of manufacturing industries to number of retail shops?

If a country has a lot of small retail outlets and a few large manufacturing firms, that suggests that there are much larger economies of scale in manufacturing than retail.

The aggregate output of agriculture, industry and services are normally reported in GDP tables (here's an example for Rwanda).

A larger services sector is normally associated with richer, more advanced countries. These images compare countries based on the relative size of industry, services and agriculture, and the proportion of the labour force working in each: 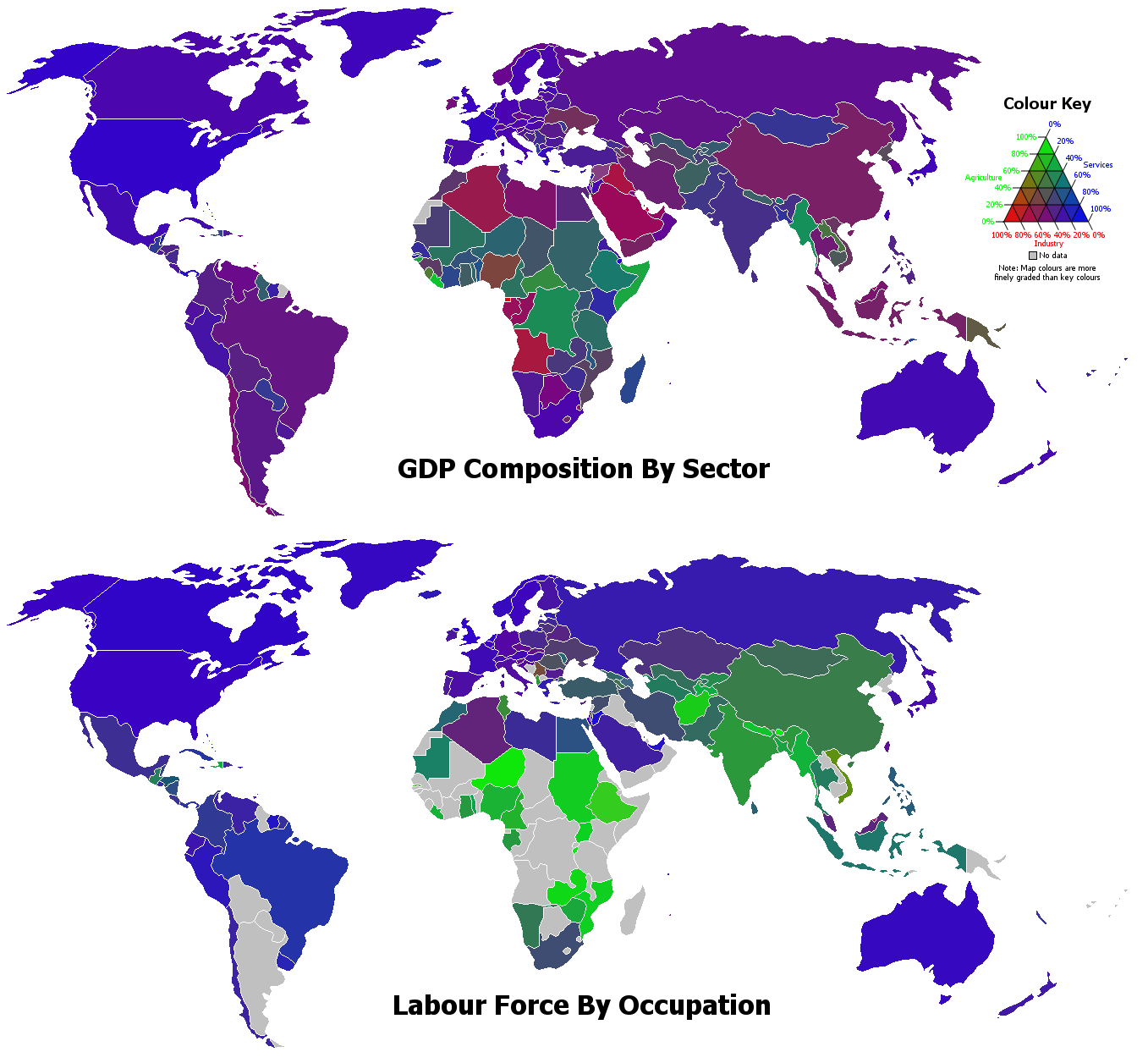 In poorer countries, agriculture tends to be lower productivity than other sectors, so those countries tend to show up as greener in the labour share than the GDP chart.

Not the answer you're looking for? Browse other questions tagged macroeconomics gdp international-economics or ask your own question.

1
Equality, Taxes & Business Growth
6
Is manufacturing automation really a bad thing for the economy?
3
Term for rapid economic growth when starting over or in a new place
1
Empirical research into sectoral comovement
2
What are the benefits of UBI?
0
What would be the consequences of Downsizing on the economy?
2
Does levying a new tax on production increase GDP?