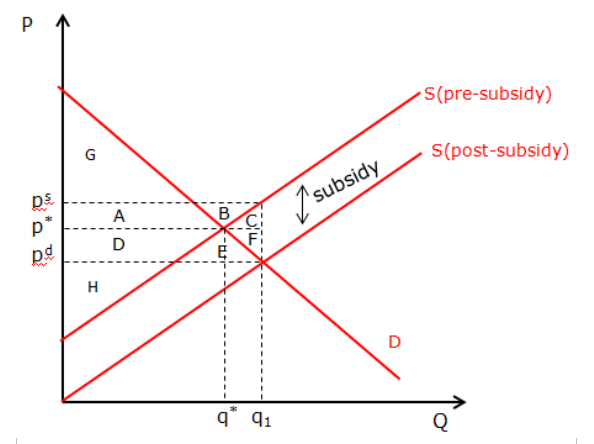 So, I am trying to evaluate the consumer and producer surplus. In my notes it is written that the new consumer surplus (defined by the change of the graph from pre-subsidy to post-subsidy) is G + A + D + E - which I do understand. But now, the new producer surplus is defined as the area H + D + A + B. This, one the other hand, doesn't maky any sense to me. Shouldn't the producer surplus be the area H + the "tunnel" that is not marked below H?

TL;DR version: "the tunnel" and D+A+B have exactly the same area.

You are right to say that post-subsidy producer surplus is equal to the blue area in the following figure: 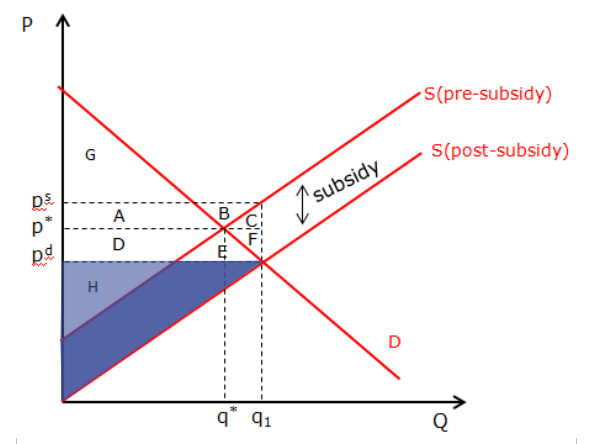 However, it turns out that The Tunnel (i.e. the dark blue area) is exactly equal in size to D+A+B.

Intuitively, there are two ways to think of a unit subsidy:

Since these are two ways of thinking about the same subsidy, they must yield the same value for producer surplus. But you should be able to see by comparing the blue and green areas that this necessarily implies that the tunnel has the same area as D+A+B. 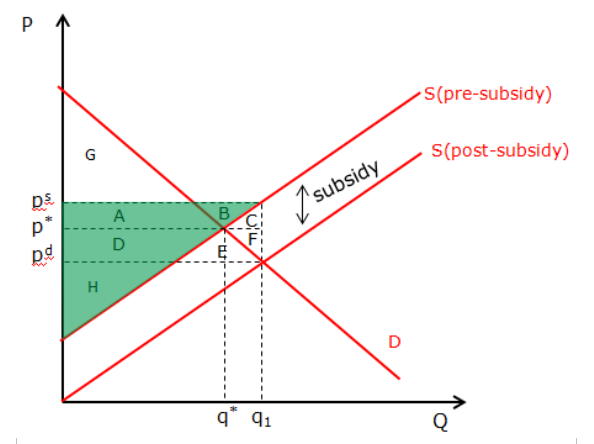 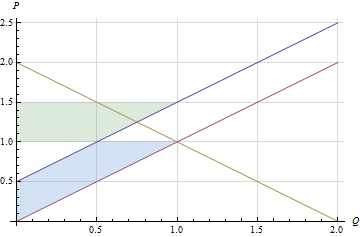 Geometrically calculating the areas, you should find that 'the tunnel' and A+D+B both have area 3/8.

Producer surplus is calculated using the S(pre-subsidy) and the demand curve.

You're probably confused because you think the surplus should be calculated using the new supply curve. However, the producer is actually still producing on the original supply curve.

Not the answer you're looking for? Browse other questions tagged consumer-surplus producer-surplus or ask your own question.