From an IB Economics book (in the microeconomics section): 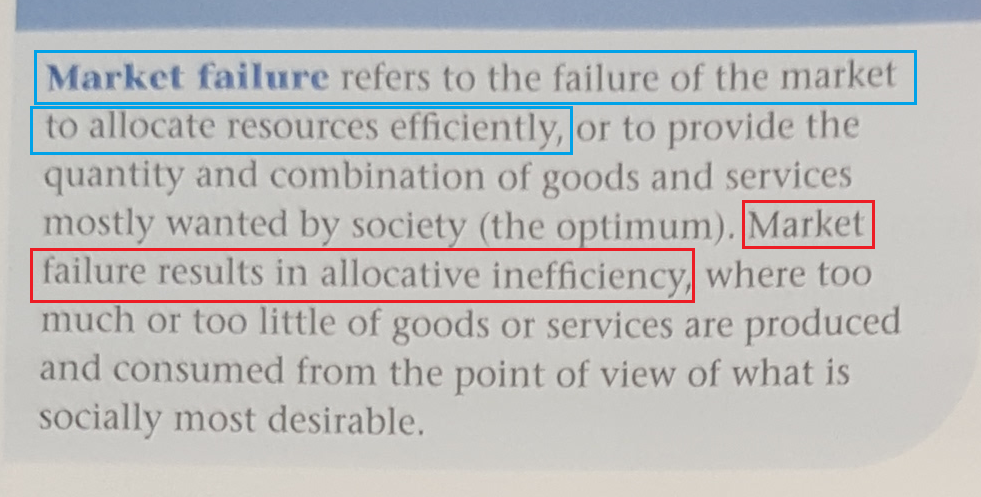 What is the difference between the two, if any?

In this context 'market' usually means some allocation mechanism. For example free market, or a market where someone has monopoly power. Allocation of goods and resources can be done in other ways: e.g. you can divide all resources evenly among production processes and all goods evenly between consumers. This will generally result in allocative inefficiency (were all production processes equally important and efficient?). But it is not market failure because there was no market, just an allocator/social planner.

Allocative inefficiency refers to a situation where good G was bought by buyer B1 ("allocated" to buyer B1) where it would have been more "efficient" if it had been bought by a different buyer B2 ("allocated" to B2 instead of B1). Good G could be producer goods like oil, lumber, plant equipment, or even consumer goods like sandwiches.

A good G can be allocated inefficiently to B2 instead of B1 if the market is actively prevented by an external force from allowing B1 to bid G away from B2. There are many ways that this happens today:

Not the answer you're looking for? Browse other questions tagged microeconomics efficient-markets economic-failure market-failure or ask your own question.

3
If one always spends the same amount, what's one's price elasticity of demand?
1
How does the monopoly's deadweight loss affect market surplus and the economic pie?
7
Is market failure constant? What properly defines it?
1
What is the difference between 'actual' and 'potential' interaction between buyers and sellers?
0
Microeconomics: Question on Market for Factors
5
Allocative efficiency -- correlation between MB and p in populace with wealth inequality
3
Do granting subsidies always cause allocative inefficiency?
5
What is the exact relationship between the efficient-market and random-walk hypotheses?