Why the difference in productivity and wage trend in the UK economy?

In reading this article from FT, we come across two graphs: 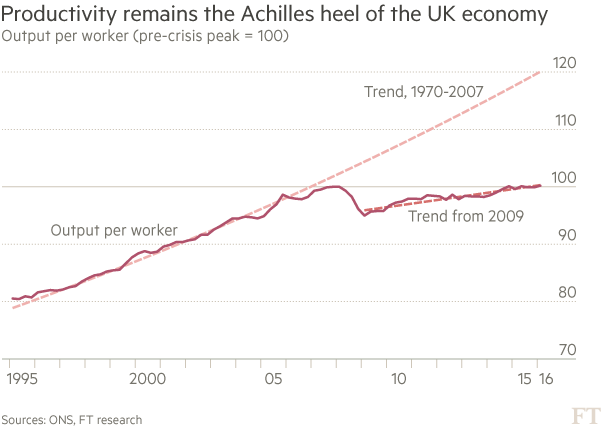 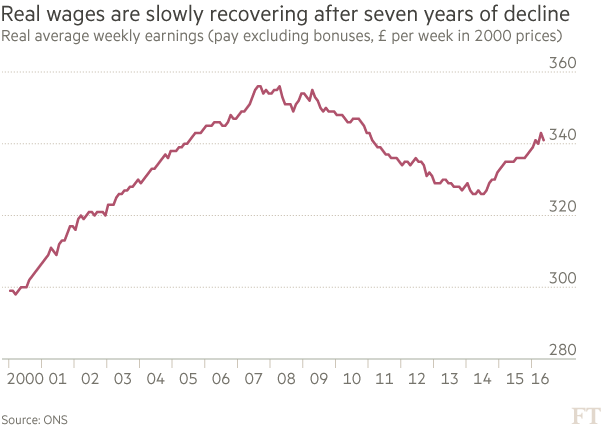 Shouldn't real wages have a similar trend to productivity? Why was there that discrepancy since the 2009 until 2014? Maybe some other factor that shifted the PS, or the WS curve? It's interesting to notice that in Jun 1st 2014 began the sharp fall in oil prices, which may be the cause for the increase in the real wage we've been observing until know. It seems that workers productivity has had little impact in the behaviour of real wages...

Edit: I'm including a graph with CPI in GBR with data from OECD. 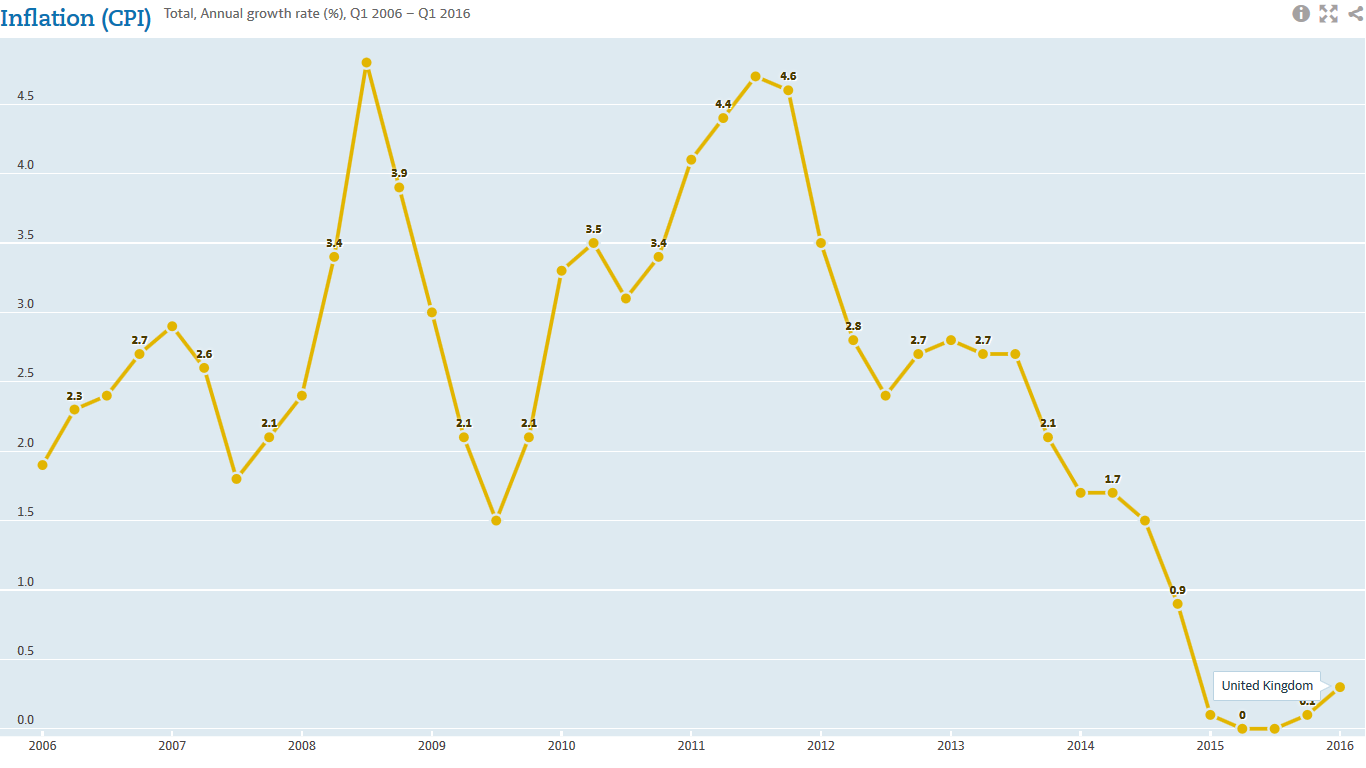 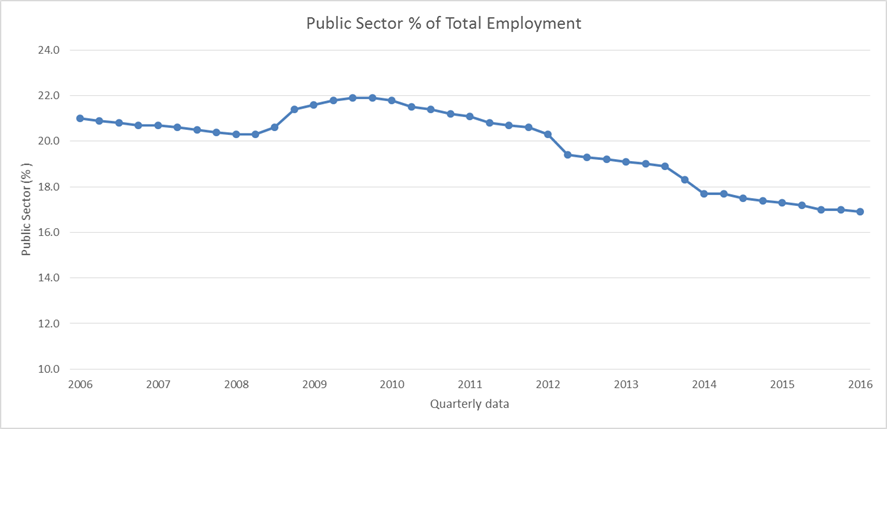 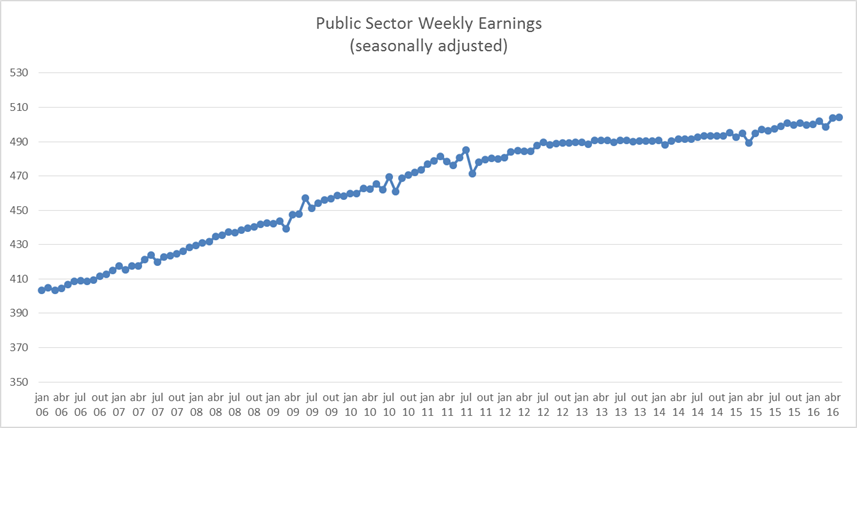 Blundell, et. al (2014) offer an explanation. According to them, the UK economy experienced a positive labour supply shock over that period.

First, they present the facts in a very intuitive fashion (graph taken from the working paper version): 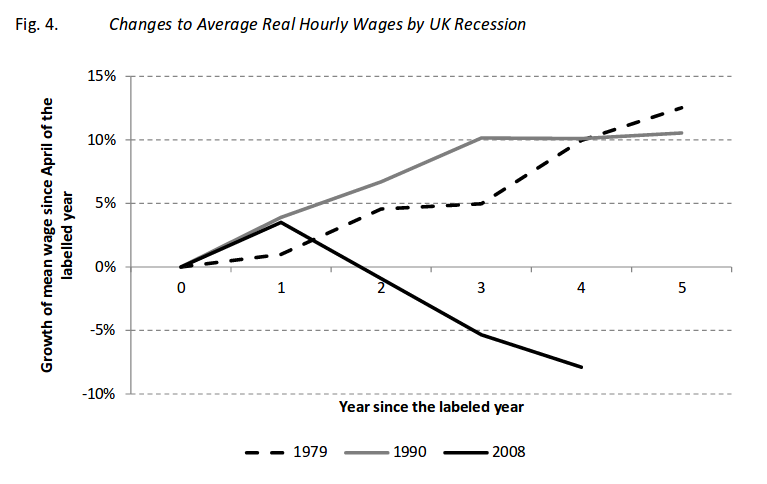 They argue that the supply shock was due to two factors:

That is an example of a policy fostering employment participation and a positive supply shock.

Not the answer you're looking for? Browse other questions tagged macroeconomics labor-economics open-economy-macro or ask your own question.

19
Unemployment and the Minimum Wage---what are the main counter-arguments to Card and Krueger?
5
Employment Volatility and the Relevance of Aggregate Wage Rigidity
1
Labour Productivity Growth and Reallocation of Labour
1
Static wage posting model and indifference to wage levels
0
Why does the real wage = W/P?
3
The Difference between investment and savings in CA identity
3
What are the effects of abolishing the minimum wage?
1
Macroeconomic model of the open economy - NCO and loanable funds