If you look at things like HDI numbers, Argentina and Chile are classified as very high and even rank above Portugal. If you look at per capita GDP then Argentina, Chile and Portugal are all pretty close and fall between 22K and 27K.

This makes me wonder, what exactly separates developed countries from developing countries?

When comparing the United Kingdom and Uganda the answer is obvious, however it isn't as obvious (at least not to me) when comparing countries like Portugal and Spain to Chile and Argentina.

All country classifications are conventions, which depend on the rule used by the particular institution. There is no hard (ontological) rule on any classification. There is no even consensus on the definition of categories. Advanced/rich/developed/industrialized economies are sometimes used interchangeably, but who is in each of them depend on who is talking. Let see an example:

(I had to cut it because it is too long. See the full list in page 67 of this report). 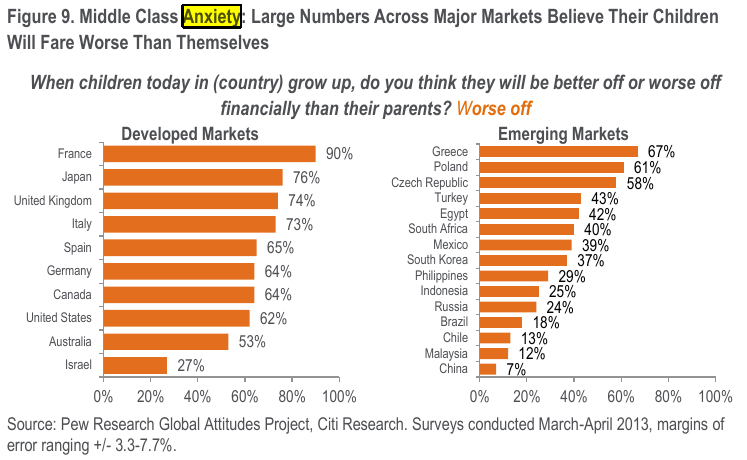 As you can see, ILO puts Czech Republic, Greece, Argentina, and Chile as developed countries, whereas Citi puts them as emerging countries (Argentina as emerging can be seen in other reports). (ILO even distinguishes between emerging and developing).

This shows that there is no hard-coded rule about classification of countries. It all depends on the institution.

I am no expert, however I've known those countries, I think the difference relies somewhere on the fact that Argentina and Chile 5-10 years ago was nowhere compared to Spain or Portugal, they have sort of a sustained growth with some years even been of "negative growth" , however , Chile and Argentina owe their success to recent achievements and the expantion of tourism, this is clearly reflected on what their currencies were worth 10 years ago and now

Not the answer you're looking for? Browse other questions tagged macroeconomics development-economics or ask your own question.

0
How a country is categorized as developed or developing?