Is population growth irrelevant with respect to per capita GDP growth

Does historical data support the statement that the effect of population growth on per capita GDP growth is zero?

I did some limited searching and it seems that while US growth is sometimes set as an example to other western countries, the real difference is in population growth, not per capita GDP growth. 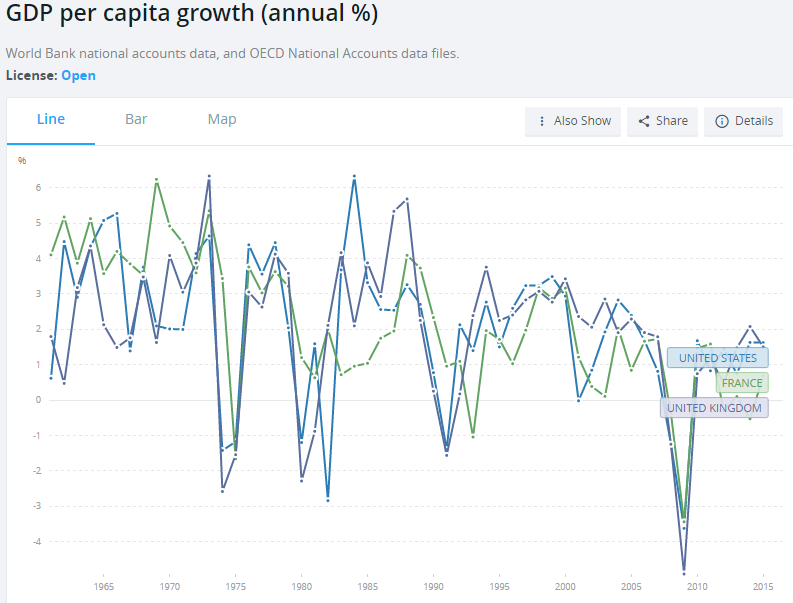 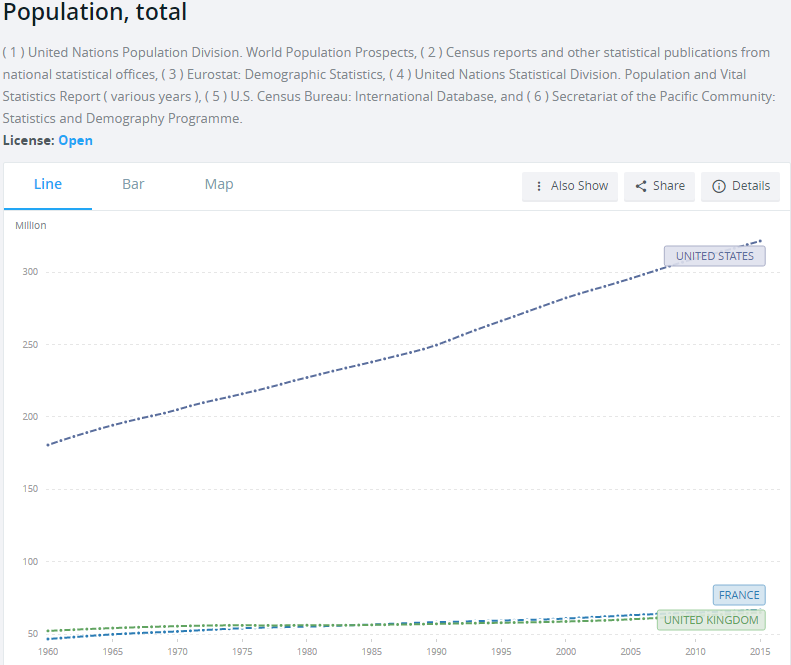 Am I being too superficial in my examination? Are there more subtle effects, such as a lagged effect due to the pension and elderly care systems?

Indeed, there is branch of literature about semi-endogenous models (Jones, 1995, Segerstrom 1999 etc.). They were basically arguing that there was a scale effect in endogenous growth models, which means that when population increases, by default, growth increases (it is due to the fact that there would be more researcher in society, this is the scale effect.) and this branch of literature shows that growth rate at the long run is equal to the growth rate of population, which is an exogenous term. It is why they called it as "semi-endogenous".

Some empirical references are :

Not the answer you're looking for? Browse other questions tagged gdp economic-growth or ask your own question.