In class we discussed Fisher Separation which states that the investment decision is independent of the financing decision. The optimality conditions are that MRS = MRT = (1+i) (i = interest rate).

The professor stated that for negative interest rates MRS becomes negative and investors now prefer less to more instead of more to less. Further he argued that investors will reduce production to zero.

However, from the optimality condition I would say that the MRS is only <1 (and not <0) for negative interest rates. Thus, the capital market line becomes flatter, the optimal amount of production increases and the relative amount of consumption in t=0 compared to consumption in t=1 increases. I agree with the statement that it is optimal to realize projects with negative returns (=destroy value), however they all have a positive NPV (less negative return than the negative interest rate). Might it even be the case that overall utility increases as we are now able to realize "more" projects (investments increased)?

What am I missing to come up with his statements? 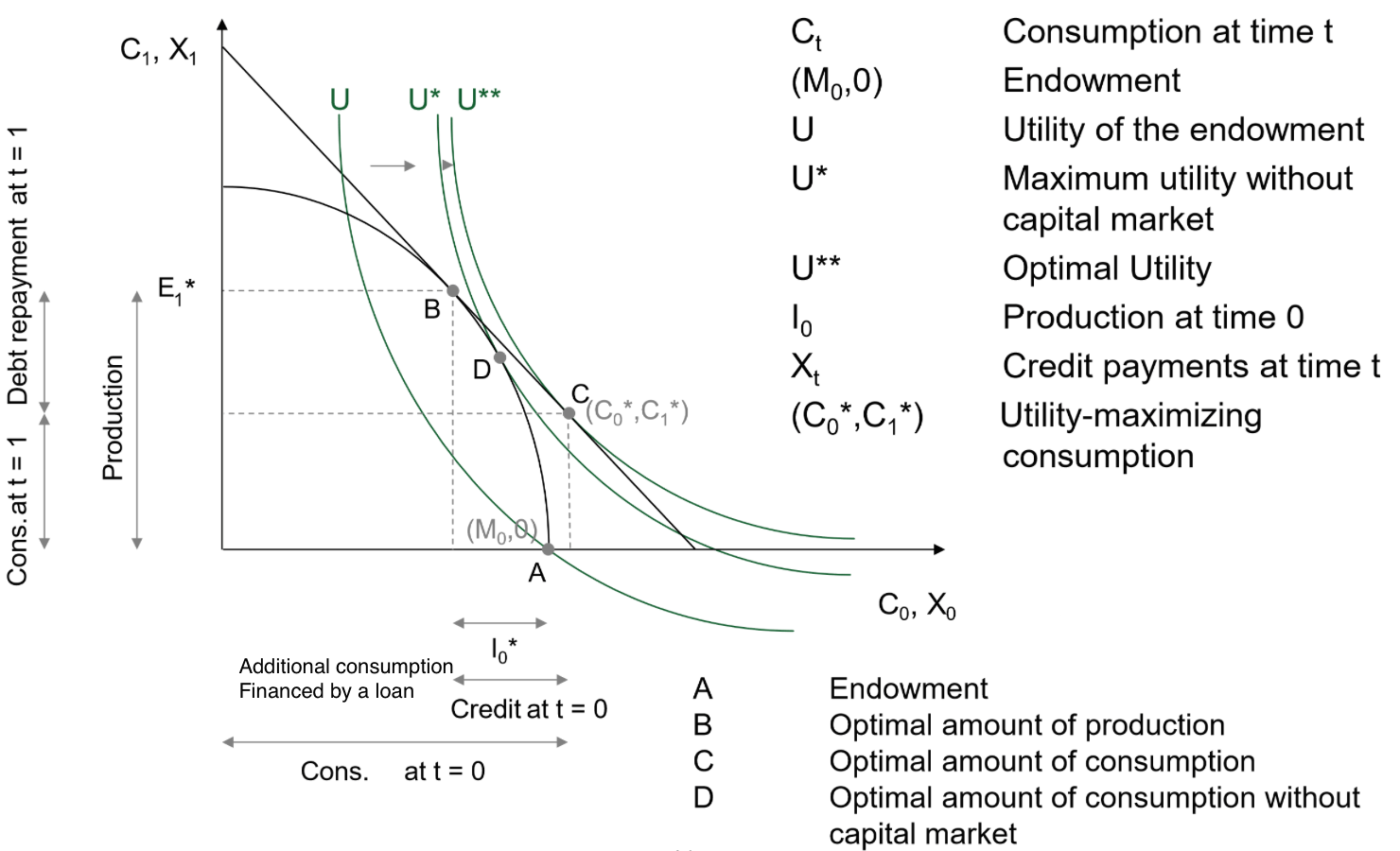