Can the major indice of an exporting nation decrease at the same time the currency devalues?

In the UK, the FTSE100 is achieving record highs at the same time the currency (GBP) is depreciating rapidly.

The media often correlate the two events by reporting that since the indice is made of 100 multinational companies who trade primarily in foreign currencies; a weak pound allows them to book larger profits after they trade back into the GBP domestically.

However, can the FTSE100 decrease at the same time the currency also decreases in value or must the two levers always go in separate directions?

Your question, as I understand it, is: can a nation's currency and a nation's stock index decline in value simultaneously. The answer is yes and I think the best way to show this is with an actual example: 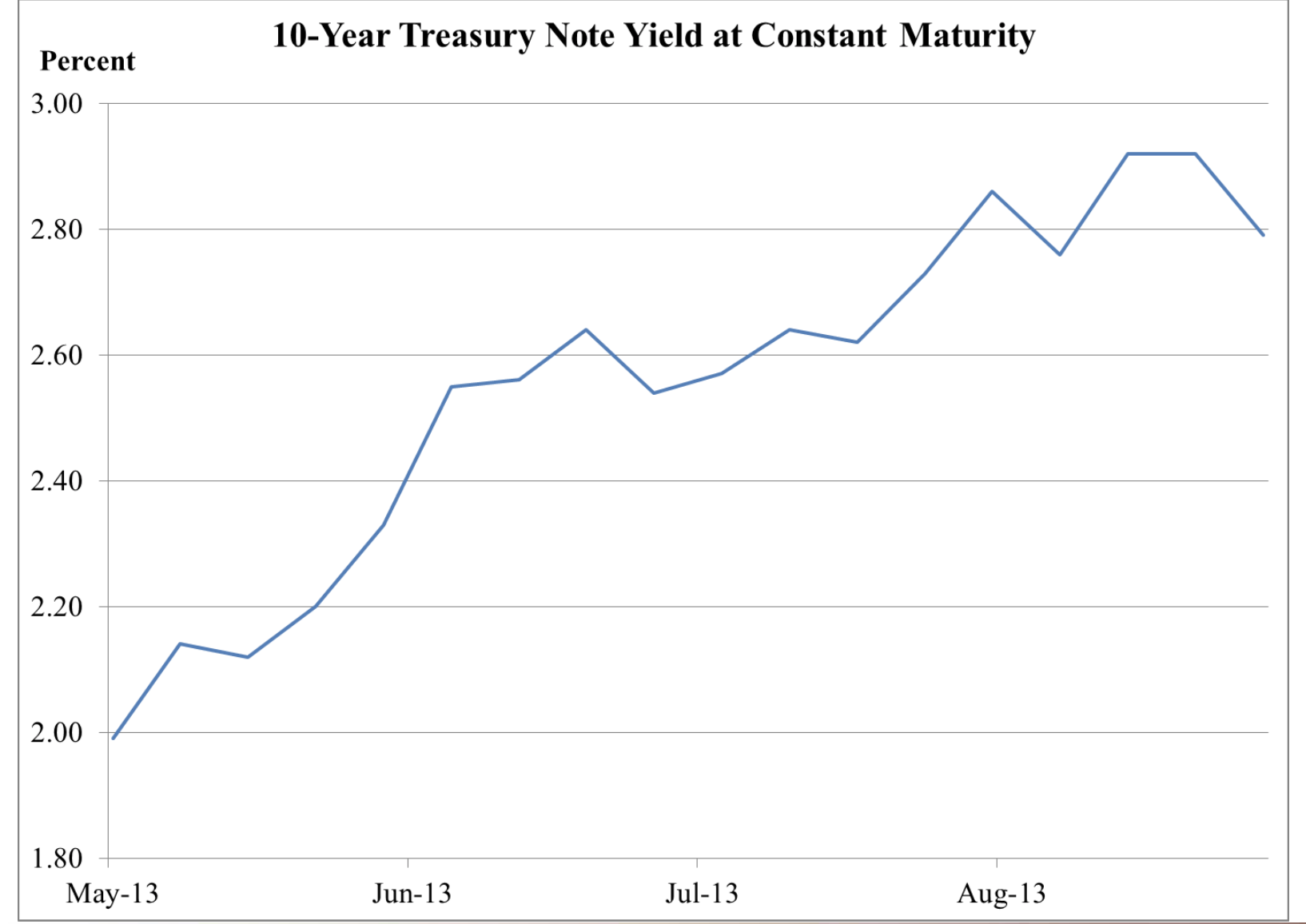 This triggered capital inflows (US) and the analogous capital outflows (emerging market economies). 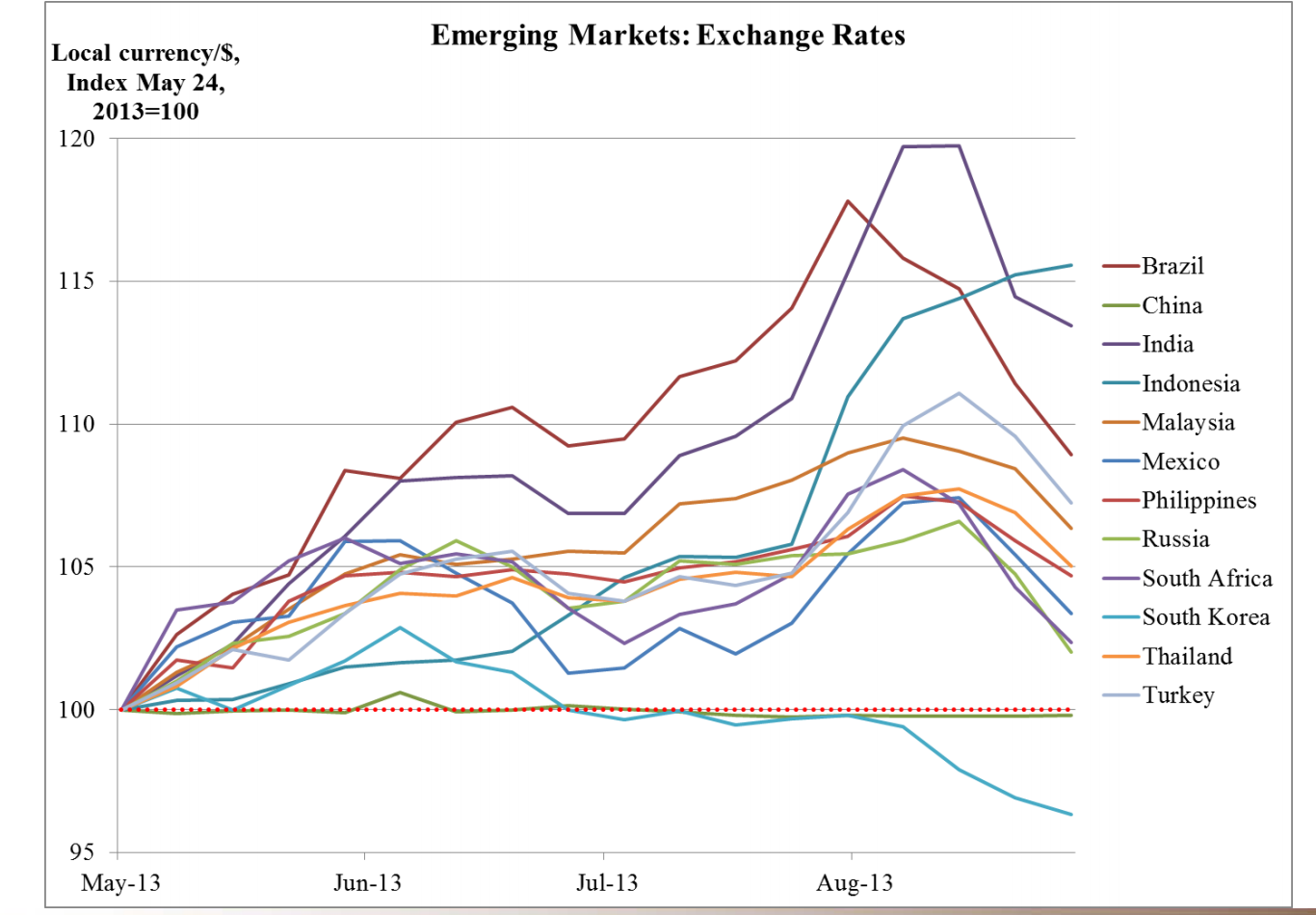 Clearly, currencies from these emerging market economies devalued relative to the USD. So here is part one of your question. Now the crux - what happened to securities values in those nations? 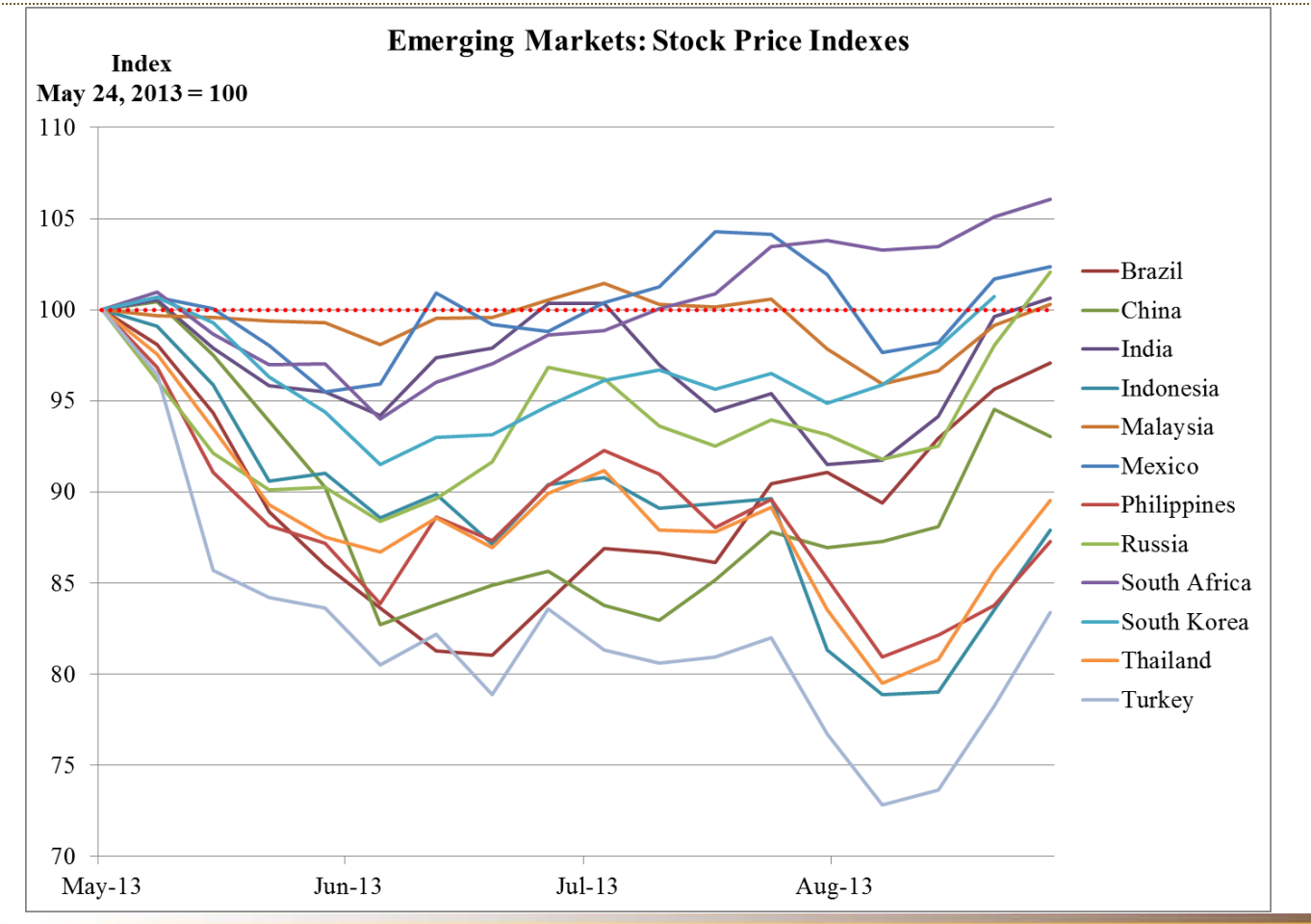 and here are the resulting Bond/Equity Fund flows: 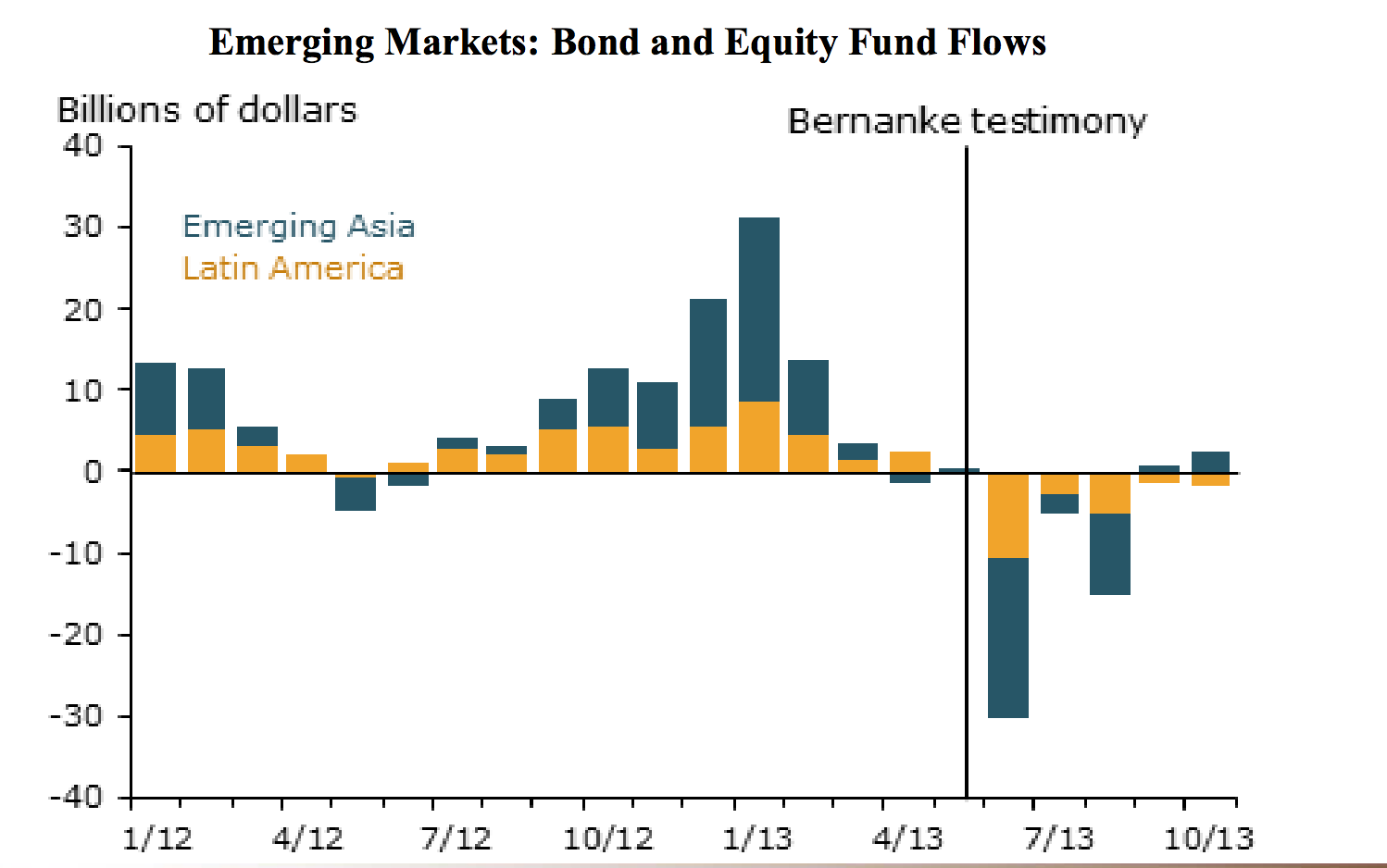 This is a bit of a broad answer but your question is a subset of what is contained herein. Yes, the FTSE can decline while the currency decreases in value.

Edit: To be explicit, I am omitting an overview of theoretical mechanism because I think BB King's answer suffices if one is interested in theory. If one is instead is instead compelled by empirical evidence, I think this answer suffices. Both responses combine into a very solid answer, I think.

Yes, the FTSE 100 can decrease at the same time as the currency. It depends on what is causing the depreciation of the currency or what is affecting the FTSE at the time. It is hard to establish which way the effects are going in real time, however.

Suppose the currency is depreciating due to loose monetary policy. If the Marshall-Lerner condition is fulfilled, this means companies will export more and have more profit. In that case, we could expect the FTSE to go up. On the other hand, if the condition is not fulfilled, exports may actually go down and the FTSE with it. This is the case where the currency depreciation affects the FTSE.

Moreover, a simultaneous crisis in the banking industry and a currency crisis is very possible. These are called "twin crises". See the 1999 Kaminsky and Reinhart paper in the AER for a reference. In that case, the FTSE and the currency can go down simultaneously. Twin crises are more relevant for fixed exchange rate regimes, however, so this possibility may not apply to the U.K. as much as to other countries.

Not the answer you're looking for? Browse other questions tagged currency stock-market or ask your own question.

5
What are the effects of the increase/decrease in stock options after an IPO?
1
what alternatives can possibly back a new currency
3
Can small countries use a foreign currency as their official currency?
0
Can a currency with constraints on the amount a person can posses boost the economy?
3
The Currency Value
3
Dealing with Missing Values in Diff-in-Diff Estimation