What is Tinbergen's “all other income when paid out” measuring?

In When it all began by Dhaene and Barten (1989), the authors discuss in detail what they claim was the first ever macroeconometric model, Tinbergen's 1936 model of the Netherlands economy.

Some of their summaries of Tinbergen's variables are a bit vague though.

What, for example, is $E$, described as "All other income, when paid out"? 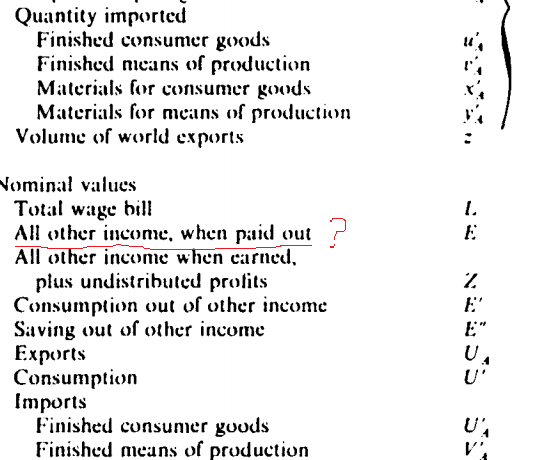 Very obscure indeed. If you see his paper in English (published in 1959), you can see the following (page 43): 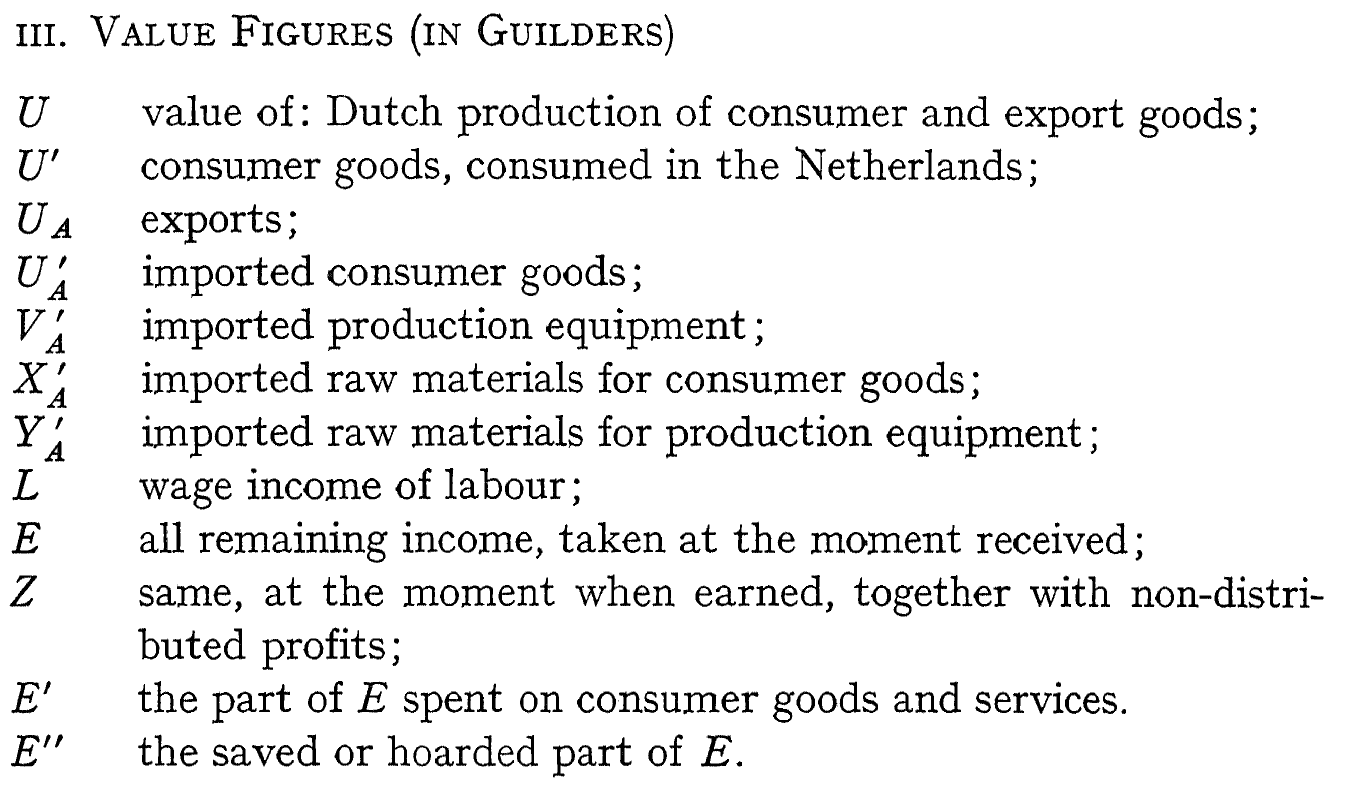 By checking other variables, you can confirm that the variable letters are equivalent in this and your reference. Then, $E$ stands for "all non-wage income, taken at the moment received, instead of take when earned".

This is a standard differentiation between the time an income has been accrued ($Z$) and when it has actually been received ($E$).

It seems the author is assuming that income is received one further year after is is accrued. However, the text seem to me rather obscure. He mentions a "pamphlet regarding this working method which will be published later." (p.42). You might want to trace that one down.

Not the answer you're looking for? Browse other questions tagged macroeconomics econometrics or ask your own question.

2
Simultaneity problem: use of Instrumental Variables and test
3
What Constitutes The Size Of An Economy?
3
The Oil hike of the 2000's: Did it go unnoticed, and why?
1
Using a Logit model to predict unknown outcome
1
Meaning of assumptions regarding continuum of agents in economics models
0
When calculating GDP using the income approach how do we make sure that we count only wealth produced in given year?
1
What types of identification are there in Econometrics?