Why did the rate of money supply growth accelerate from 1993-96 in the United States?

Even though the rate of growth in the monetary base decelerated — and the money multiplier decreased for the most part — from 1993-96 in the United States, the growth rate of the M2 money stock still progressively sped up. How is this possible? 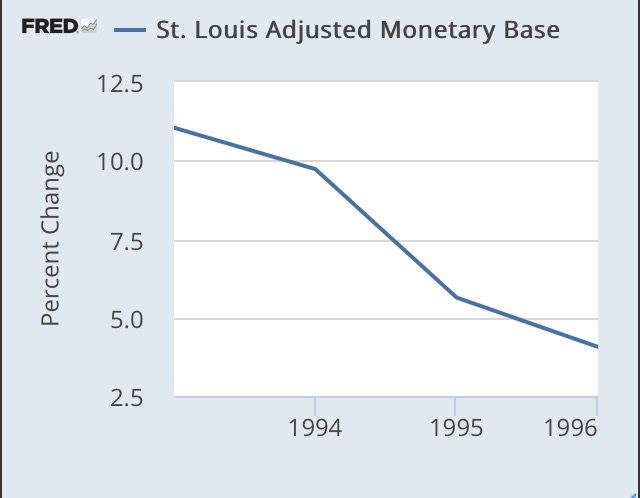 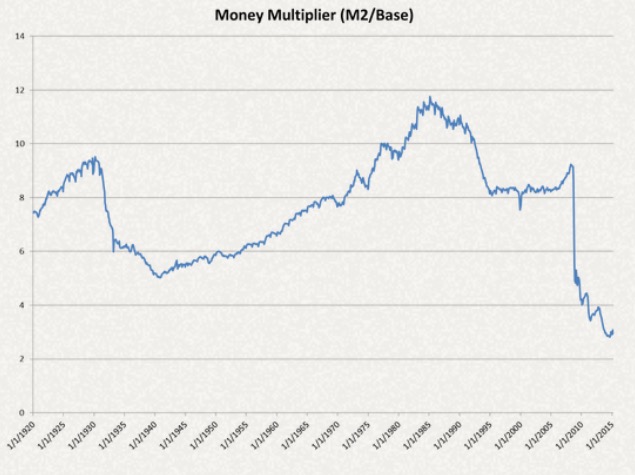 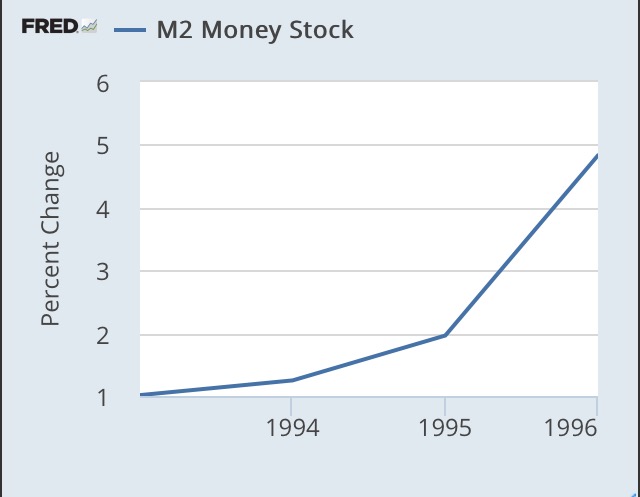 That is what happened during (most of) the period shown. It was only in 1996 that M2 was growing faster than the base, which would increase velocity.

Not the answer you're looking for? Browse other questions tagged monetary-policy money-supply federal-reserve or ask your own question.

2
Other factors that affect the supply of money

3
Monetary Base vs. Stock price
2
Other factors that affect the supply of money
4
Why doesn't the government create money, spend it for free without interest, and recollect it with taxes?
0
How does national debt work?
0
What is the point of a constant (thus known) inflation rate?
2
How important are capital requirements for controlling broad money supply?
0
I there an established correlation between Federal Reserve balance sheet and MB( monetary base)?
1
long run growth of money supply