Is Soros' theory of reflexivity aligned with normative vs positive economy dichotomy?

Soros' theory of reflexivity is well known and I'll briefly summarize it below based on his Fallibility, reflexivity, and the human uncertainty principle(2013) article. He 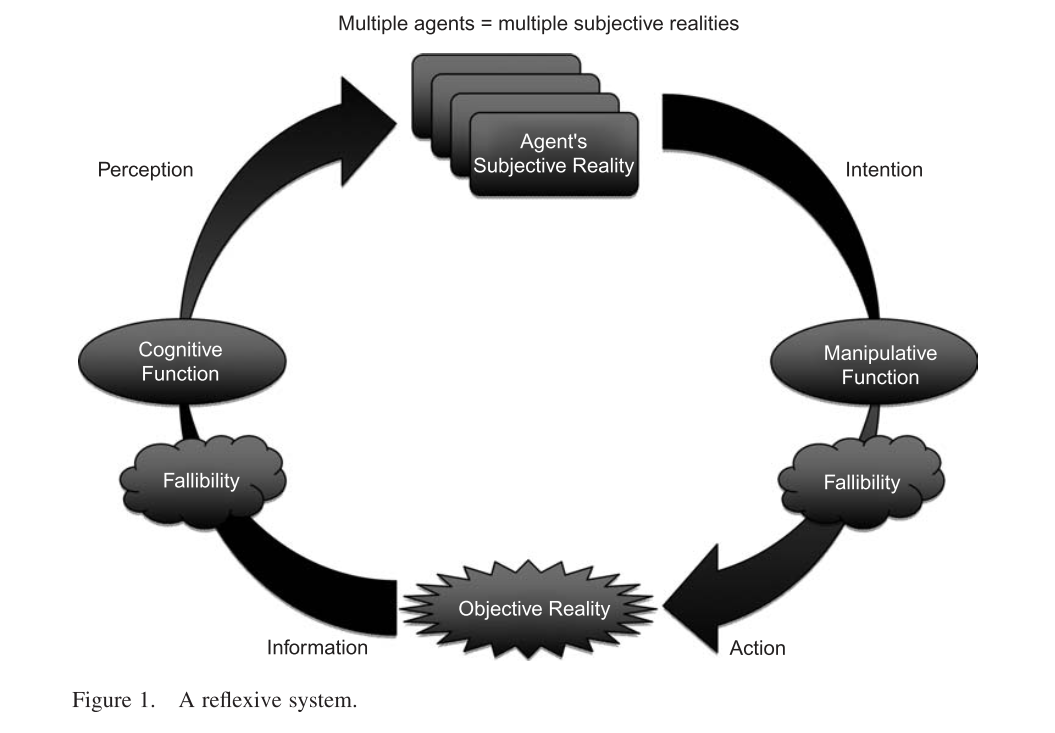 .. their theories could not be falsified by testing. ... The same argument applies to the mainstream economic theory currently taught in universities. It is an axiomatic system based on deductive logic, not on empirical evidence.

And as usual remembers:

While I was reading Popper I was also studying economic theory, and I was struck by the contradiction between Popper’s emphasis on imperfect understanding and the theory of perfect competition in economics, which postulated perfect knowledge. This led me to start questioning the assumptions of economic theory.

But at the same time he says in the same article:

why should social science confine itself to passively studying social phenomena when it can be used to actively change the state of affairs? The temptation to use social theories to change reality rather than to understand it is much greater than in natural science. Indeed, economists commonly talk about normative versus positive economics.

I would say there is some degree of correspondence between the two dichotomies. However, in the economic side of things, there is in my opinion a much clearer relation between positive and normative economics (at least in the theoretical side), as it is through the use of positive economics that normative means are supposed to be achieved.

The other dichotomy however seems to be less formal in this relation. Individuals or agents can have a given understanding of the world, but this might not be correct, or precise. Thus, if they base their manipulative actions based on their perceptions of the objective reality, it does not necessarily mean they are using the correct map of reality to act upon it.

In other words, positive economics is (allegedly) science, whereas agents cognition is not necessarily (and perhaps not mainly) built upon scientific knowledge.

Now, having said this, it is also debatable that the normalite-positive dichotomy is as clear as initially theorised by Milton Friedman in his 1953 book "Essays in Positive Economics". For example, some Marxists argue that science itself (at least social sciences) is part of the tools used by the ruling/capitalist class to exert control over society. In philosophy of science, there has been a long debate about what science is and about whether there is such thing as "scientific progress", or whether science is just ideology (for example, see here).

If I shut the door because it's cold outside, I've comprehended the world perfectly.

What Soros should say is the complexity of the world exceeds our capacity to understand it completely and immediately. Then he would be on firmer ground when he criticizes the Keynesian for not shutting the door. Whether the door should be shut, of course, isn't a question for economics.

Not the answer you're looking for? Browse other questions tagged economic-methodology scientific-method or ask your own question.

5
Is there a go-to resources on the use of the scientific method in economics?