Here there is a very good summary of existing information. Key variables are daily intake of calories/proteins/fat per person (so it is not so much about tons of food but their nutrient content). An example: 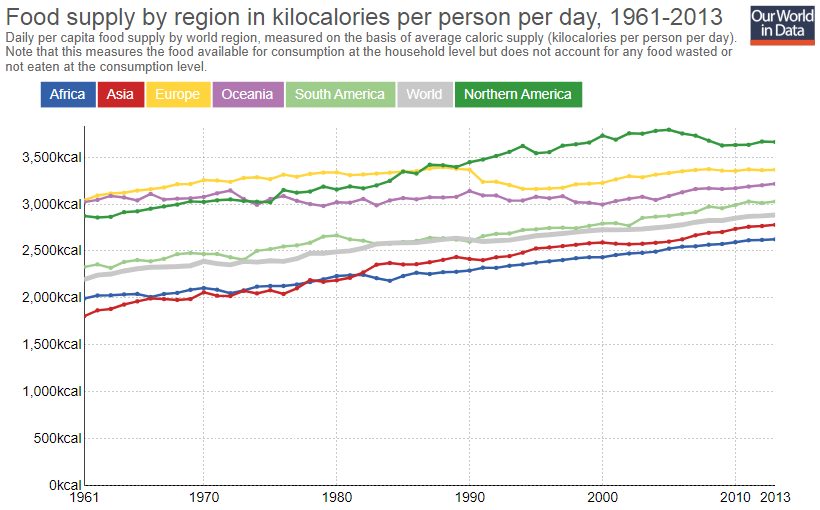 Notice that most of the data is taken from the FAO, which is available online here.

You can examine the components of Global Food Security Index. If I'm not mistaken, you can actually download the data free online from the same website. It covers a large set of countries globally.

Not the answer you're looking for? Browse other questions tagged economic-growth agriculture population-economics or ask your own question.

14
Larry Summers on the causes of secular stagnation
5
Ok to normalize GDP change by population change?
4
Does the growth rate of a neoclassical production function converge as all input factors grow with constant, but different growth rates?
1
Is population growth irrelevant with respect to per capita GDP growth
0
Negative growth rate with positive job growth