Why did the Greek bailouts “fail” whereas the Portuguese bailouts succeeded?

While Greece has required several bail-outs and is on the brink of falling back into recession, the Portuguese economy has seemingly recovered.

Why has recovery gone so well in Portugal but failed abysmally in Greece, even though seemingly similar institutions and approaches where taken to both?

Greece had more debt, less growth and higher budget deficits than Portugal throughout the crisis. 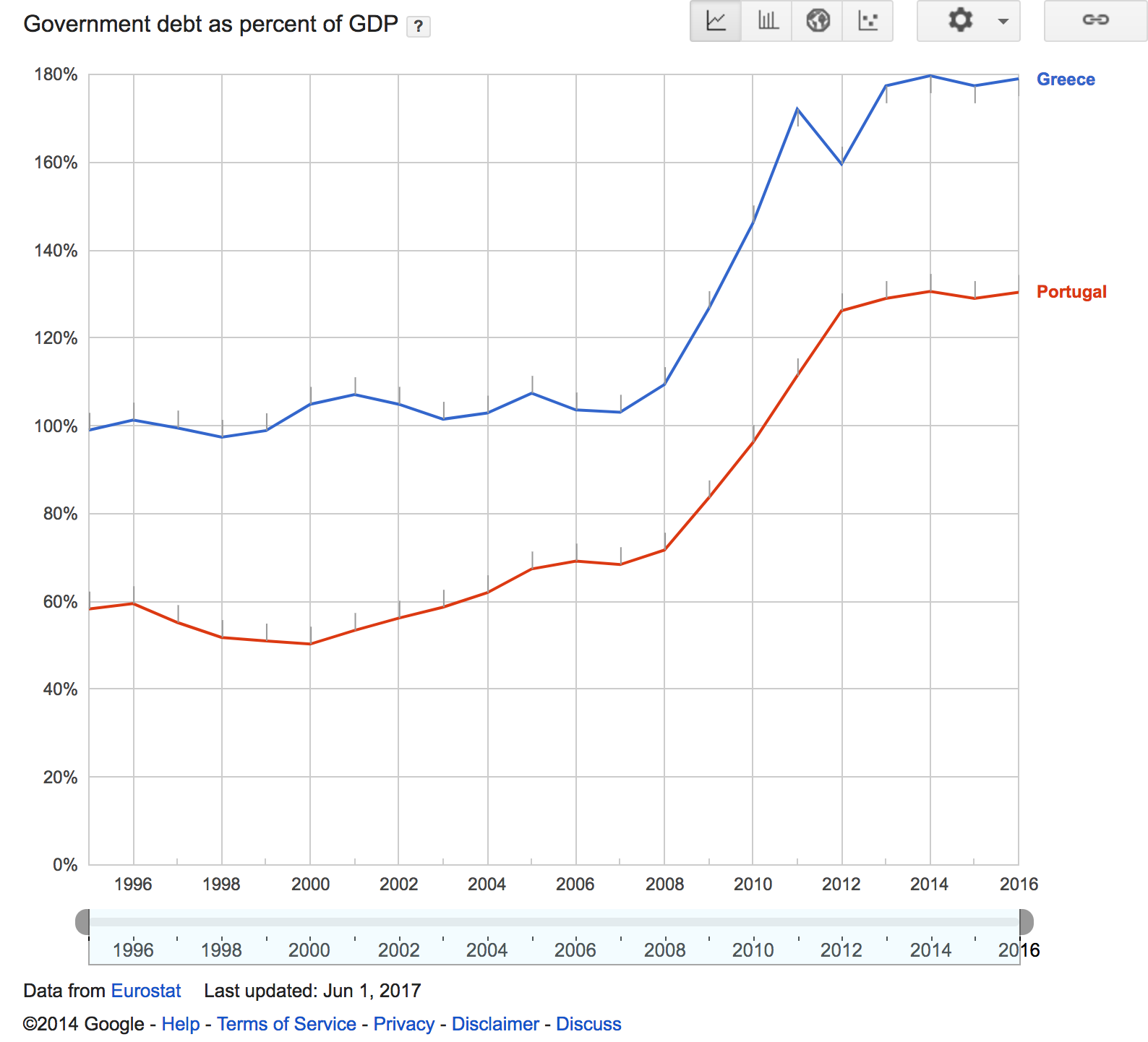 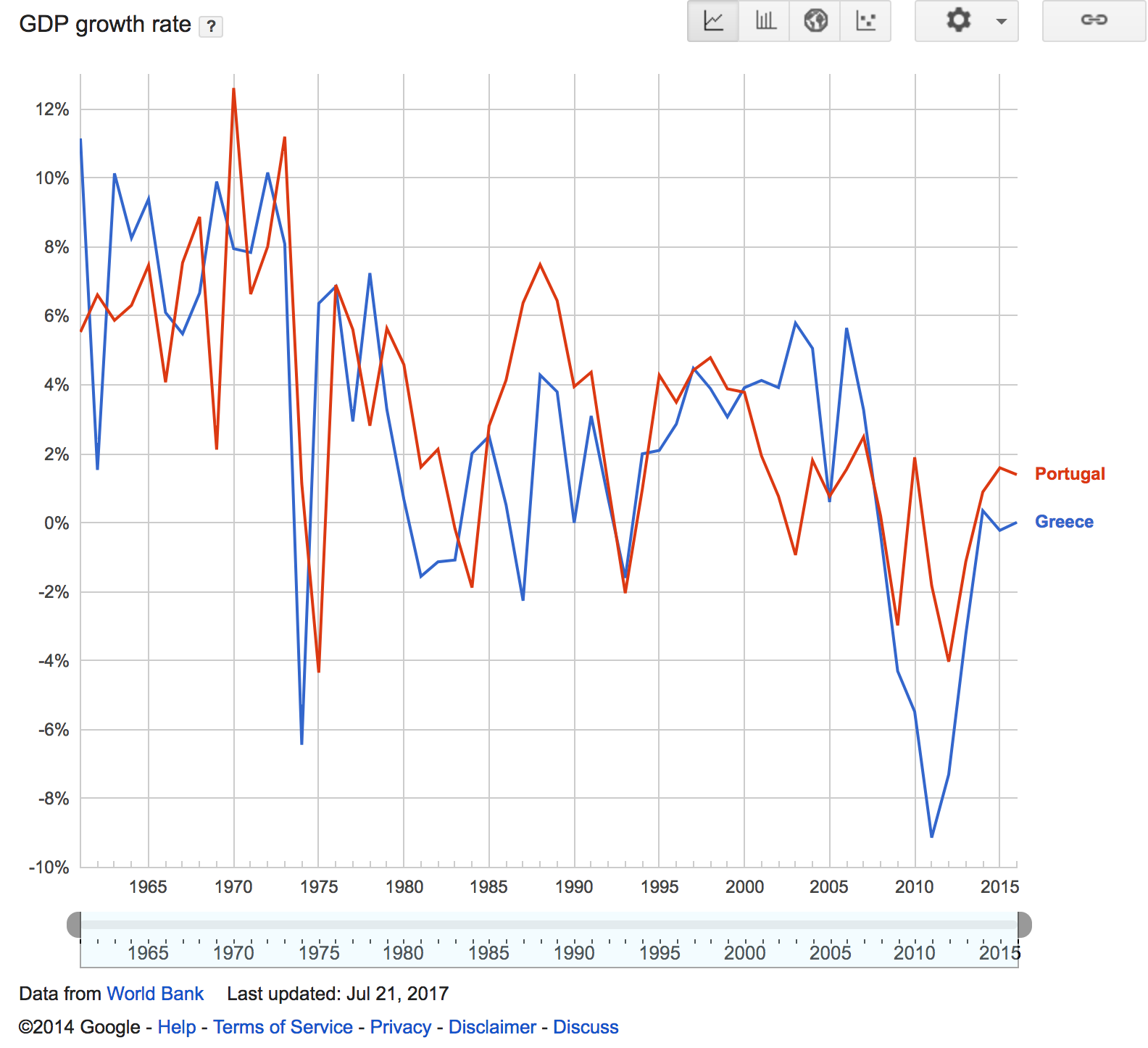 As a result, the Greek bailout should have been even bigger, but this was politically untenable, while the Portuguese bailout proved sufficient in size.

The lower budget deficits in Portugal, for example, also made it easier to comply with the austerity imposed by international organisations.

The Portuguese economy was also better able to adjust by virtue of being more competitive. It was recently ranked 38 on competitiveness vs Greece ranked 81.

Not the answer you're looking for? Browse other questions tagged government-debt government-spending portugal greece or ask your own question.

3
Greek default versus Euro exit
5
Have the Greek bailouts been included in state budgets Eurozone members?
19
If I don't pay a debt, then the creditor takes my goods. Why, then, do Greek creditors not take Greece?
3
Why did Greece not solve its debt problem by selling treasury bond to its own people?
2
How did downgrading bonds contribute to Greek crisis?
7
How did Portugal draw down their interest rates on pubic debt?
1
Why can we finance government deficit by having a trade deficit?
1
Why can't countries immediately stop the deficit?
0
Greek Debt Crisis