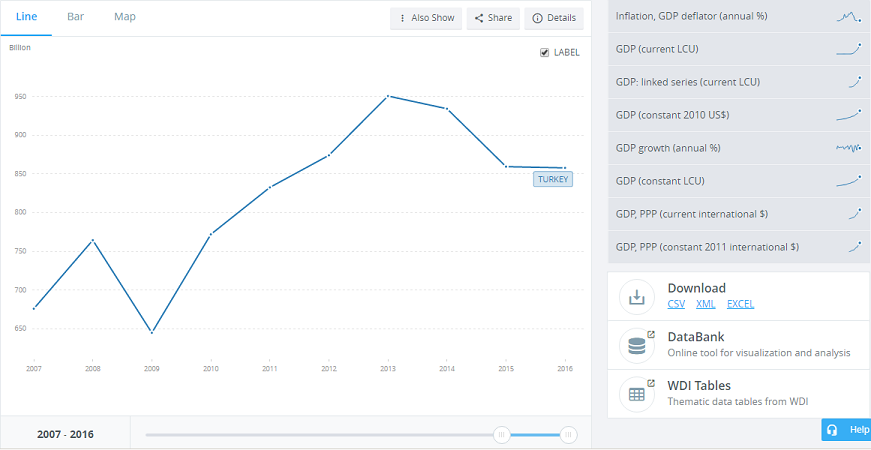 I think I understand the problem here: you're thinking of exchange rates as "units", i.e you're thinking that looking at GDP numbers in dollars tells you the same thing as looking at the same numbers in the local currency after adjusting for inflation. Unfortunately, exchange rates need not reflect what you think they reflect at all. In a world without capital flows between countries and with floating exchange rates, exchange rates would adjust in order to ensure that the current account position of any given country is balanced. This adjustment means that exchange rates primarily reflect relative prices on the international market of tradable goods, like commodities, for instance. Services such as medicine, education, finance (the capital account is closed) are not easily traded, therefore the exchange rate would carry little information about their prices, which are relevant to any person living in the country.

However, the real situation is even worse, because in reality there are capital flows between countries; there's borrowing, there's portfolio investment, there's direct investment, etc. Therefore, the condition I mentioned above fails: instead, the exchange rate adjusts so that the balance of payments balances, i.e such that

This means that if investors in the US decide to cut exposure to Turkish assets in the face of increasing political risks, the lira would depreciate and the nominal GDP measured in dollars would fall. However, such a devaluation would likely be expansionary for exports, and if the country has no problems of inflation (which is not true for Turkey), and there is no currency mismatch on domestic balance sheets (which is, again, not true for Turkey) their central bank could maintain monetary policy at low interest rates, causing the depreciation to become expansionary. Turkey would be producing more goods and services, it would just be that their value measured in local currency and then converted to USD would be less than it was before.

4
How popular are alternative standard of living measures amongst economists?
7
Why did the Federal Reserve change the data about USA GDP?
5
Growth theory / Initial GDP: positive coefficient sign
7
Can a closed economy flourish?
1
Why are there base years for GDP in current prices (or Nominal GDP)?
3
An easy GDP growth question
1
Why does a positive output gap imply workers working overtime?