Solutions for the de-dollarization of the Democratic Republic of Congo

While reading this article, I was wondering about the policies the DRC's government could employ to make the congolese franc appreciate. To appreciate the currency, the DRC by decreased investment in the mining sector which decreased the supply of the currency -> Appreciation. On the other hand, the decrease in investment caused inflation to happen, countering the original beneficial effects of this policy.

My question is: what would the implications be if the DRC simply pegged its value to the dollar or revalued it? Why hasn't it done that?- there must be reasons...

I am learning high-school economics so pardon my limited knowledge.

I look forward to your answers!

Based on the chart below, it appears to me that the Congolese franc was in fact pegged to the USD until early 2016. It seems the central bank couldn't maintain the peg at that rate and had to let the franc slide. 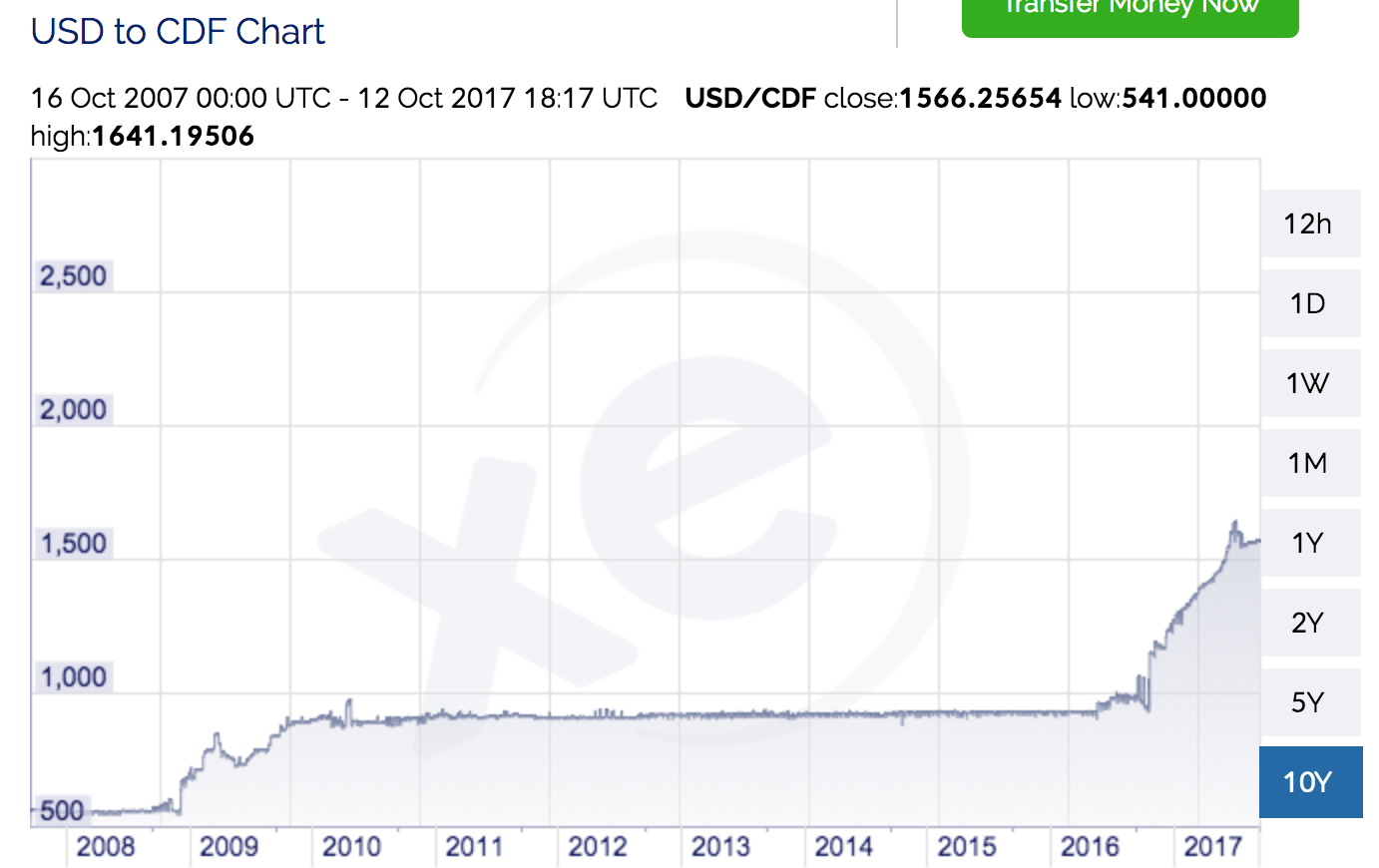 Not the answer you're looking for? Browse other questions tagged inflation international-trade exchange-rates or ask your own question.

3
Why is the Argentine Peso still so expensive?
0
Effect of positive inflation shock on the exchange rate
1
Did the dollar depreciate when Trump won the election?
3
What is the proof for why border adjustments are exactly offset in theory by currency appreciation?
1
Is there an accepted metric for "the value of the dollar"?
1
Paying for imports
0
why doesn't every country scale up the prices to the international level?