As it evolved, neoliberalism became more strident. Hayek’s view that governments should regulate competition to prevent monopolies from forming gave way – among American apostles such as Milton Friedman – to the belief that monopoly power could be seen as a reward for efficiency.

In which work did Hayek advance such view?

In both of his seminal works in political theory, The Constitution of Liberty and Law, Legislation and Liberty, Hayek endorsed as a legitimate function of the state the power to regulate monopolies and curtail industry practices in restraint of trade.

For example, in the first book, in Chapter 15, Hayek declares the importance of the nature of government intervention:

Notice that Hayek considered trade unions as workers' monopolistic institutions that damaged free market. Hence, in his view, these are undesirable. In Chapter 18 of the above books it says:

More on monopoly is in Chapter 17: 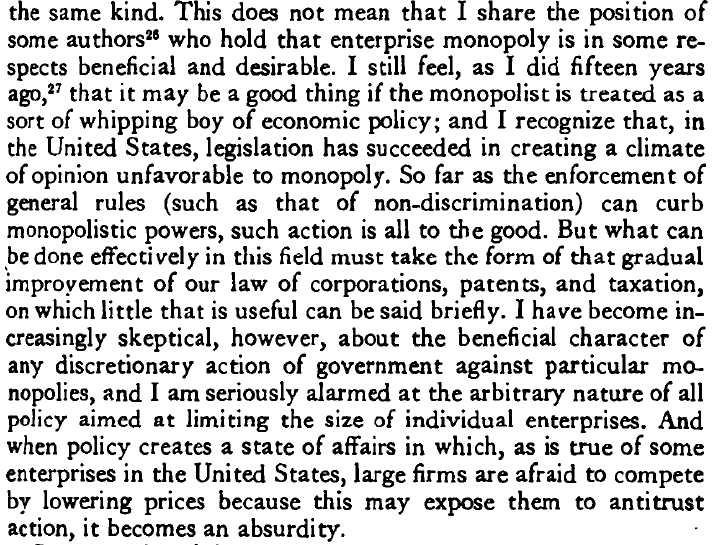 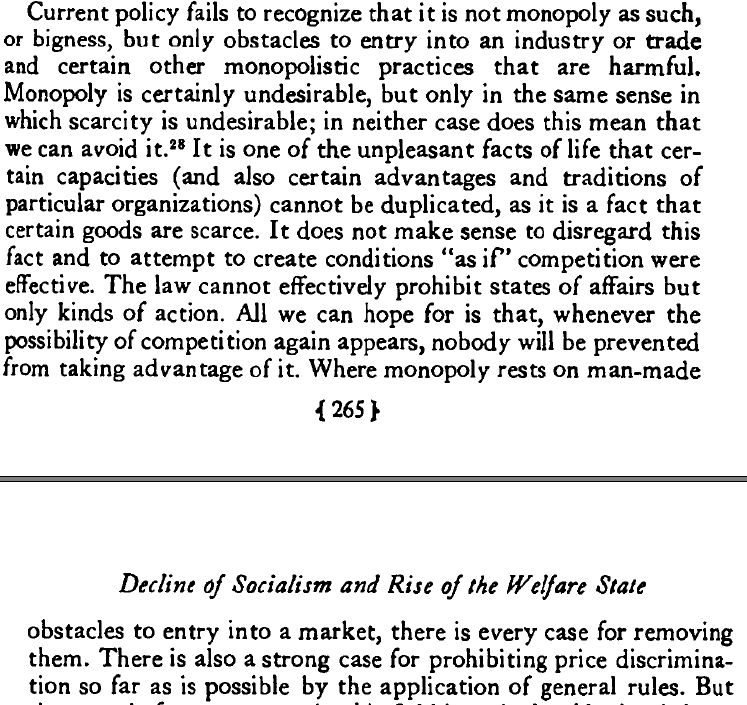 Not the answer you're looking for? Browse other questions tagged monopoly competition regulation austrian or ask your own question.

2
Is there a theory of financial regulation?
0
Perfect competition questions
3
Books/Papers on Macroprudential Regulation
1
Free market defense against anti-competitive behavior?
4
Production choices in Hayek's theory of information-bearing prices
1
Do price controls increase competition?
3
What are possible solutions when promoting competition is not applicable?