I have this production function:

I am trying to find the elasticity of substitution, and I found this:

Then I have these conditions:

When putting this numbers in, I have ln (0) which is not possible, what is the interpretation of this elasticity of substitution?

Will the elasticity be zero or infinity?

Rearranging the last two relations in order to acquire expressions for $dln(MRS)$ and $dln(r)$ and substituting into the definition of the elasticity of substitution yields $-\frac{MRS(MRS-r)}{(MRS-g-r)r}$.

Intuitively, the behavior of $g$ near $x_2=0$ depends on the shape of the isocurves. $g$ denotes the (proportionate) rate of change in $x_1$ as a result of an infinitesimal change in $r$. The following graph shows that for values of $x_2$ near zero (notice the values on the vertical axis), the isocurves are really steep. 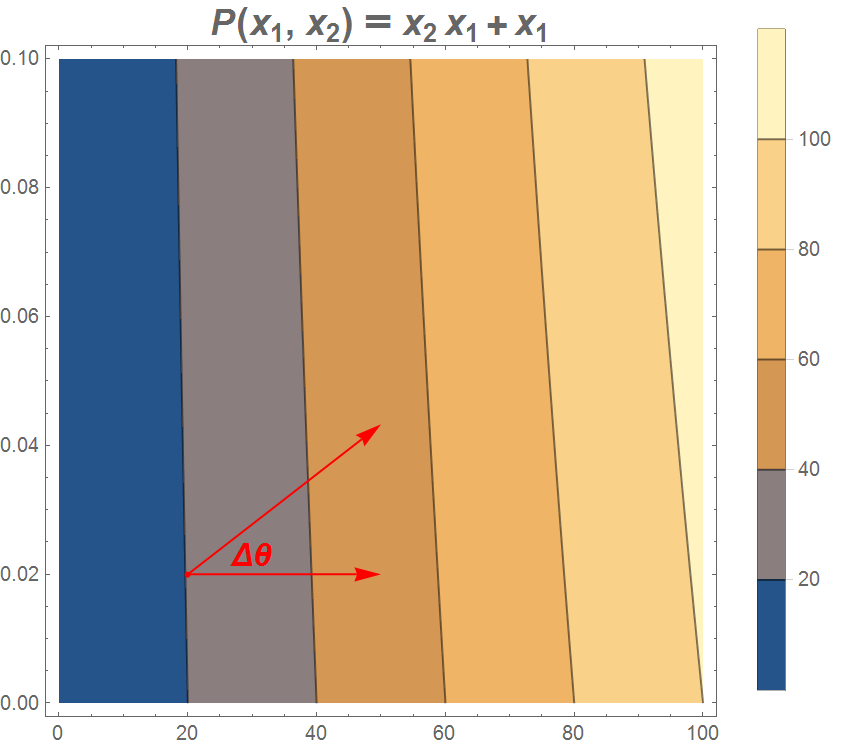 Very informally, in this setting, (really) small changes in $r$-which is equal to the ratio of $x_2/x_1$ (which is equivalent to the tangent of angle $θ$)- have almost no effect on $x_1$. For $Δθ$ approaching zero $Δx_1$ is also small and probably close to zero too. Equivalently and very loosely speaking, in this region $g$ should be close to zero too.