How much the wealth inequality increased in the USA in the last decades?

Are there any studies trying to measure the increase of the wealth inequality in the USA?

Say for example how much it increased, comparing with 1990. Or compared with any other moment in time after 1970. 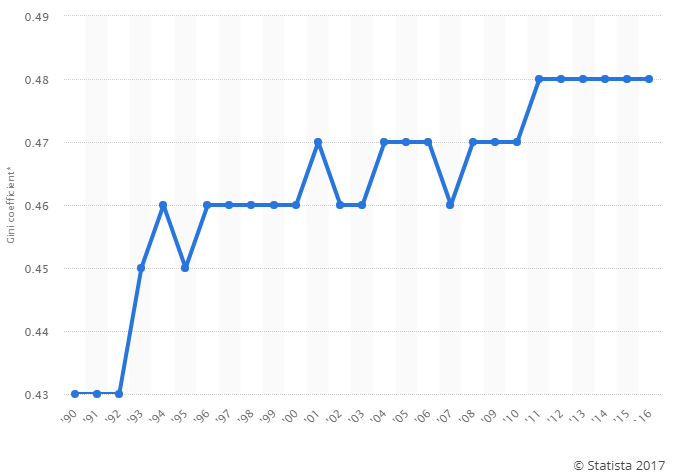 In case you are interested in how data for such indeces are gathered, a recent study explaining its data process is Wealth Inequality in the United States since 1913.

Not the answer you're looking for? Browse other questions tagged inequality wealth or ask your own question.

2
Is worsening wealth inequality intrinsic to Capitalism?
5
Are there data for the evolution of global economic inequality
0
Meaning of innovation in the wealth creation process
1
Explaining the development of income inequality
2
Is wealth inequality actually a problem
2
Measuring inequality at the zip code or county level in the United States?
2
Wealth Creation: Where does the money come from?
1
Could the Feds objectives be adjusted to decrease or at least not increase wealth inequality?