Suppose player $1$ and $2$ are playing a simultaneous move game where with continuous strategies $x_1$ and $x_2$. The Cournot equilibrium is $x_1^*,x_2^*$. The following diagram purports to show that in a sequential game, player $1$ benefits from deviating (upwards) from $x_1^*.$ 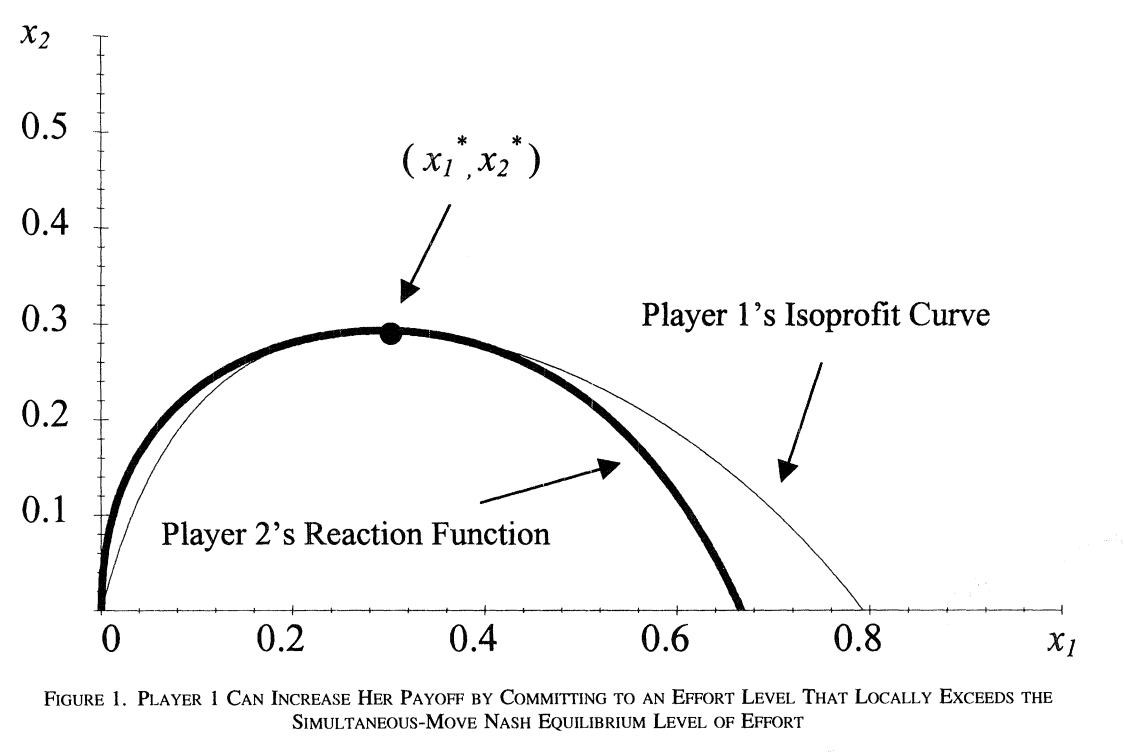 The isoprofit curve maps the level of $x_1$ onto $x_2$ such that each combination generates player $1$'s Cournot equilibrium profit $\pi^*$.

How exactly does this diagram show that player $1$ benefits by player $x_1+\epsilon$, where $\epsilon>0$?

Browse other questions tagged microeconomics mathematical-economics game-theory nash-equilibrium or ask your own question.