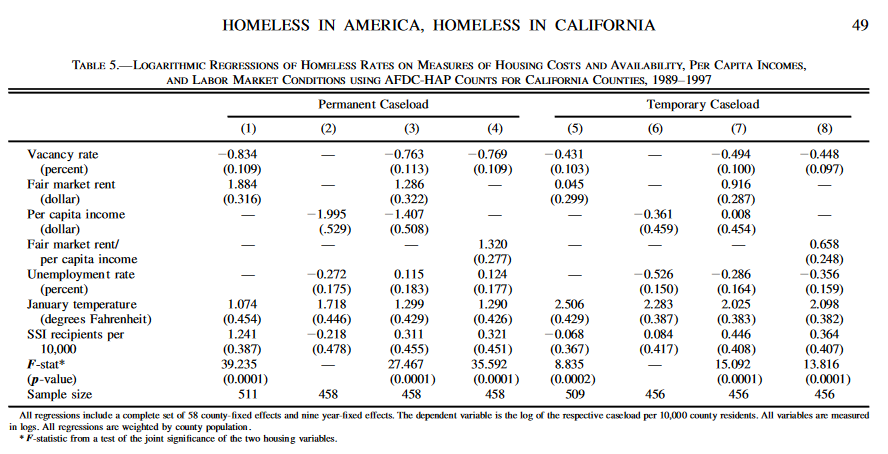 Such attribution is more of a way to blame the homeless for their own actions than a real explanation of the phenomenon, which is specific to the housing market and housing market alone. Mental illnesses, criminal activities and addictions are surely bad things, but they are ought to affect all aspects of life. Nevertheless, the poor (at least in developed countries) are adequately dressed (the fashion statement may not be there, but they're not naked), adequately nourished (again, their diet may not be great but they're not starving), they typically have access to at least basic emergency healthcare, and so on. Yet, some of them are homeless, meaning they lack any sort of permanent shelter whatsoever, and some of them die from the lack of it every winter.

8
Correlation between salary level and housing prices in a town
4
Reading list: Housing Economics
5
The Effect of Two income Households on Housing Prices
17
Has an increase in housing supply in popular cities including Amsterdam led to an increase in house prices?
4
Papers on Game Theory and the Housing Market
4
Are there Recent Studies of Price Elasticity of Demand for Housing in England?
4
Owner occupied public housing
1
Does this model of housing economy have a name, and if so, what are the common critiques?