I am working on my Master thesis based on bounded rationality in behavioral game theory models, I wanted to know if QRE(Quantal Response Equilibrium) can be applied to games where players have different strategy sets as opposed to what I have seen in resource allocation games, if yes, how?

I'm not sure what capacity allocation games you're applying QRE to. But here's a very stylized example where QRE is applied to an asymmetric game where the strategy spaces of the two players are (nominally) different: \begin{array}{c|cc} &L&R\\\hline T&1,0&0,9\\ D&0,1&1,0 \end{array} This game can be easily represented in the extensive form as well.

In the standard formulation of QRE, each player $i$ plays a mixed strategy $\sigma_i$, where the probability of pure strategy $s_i$ being played is determined by the following formula: \begin{align} \sigma_i(s_i)&=\frac{\exp(\lambda u_i(s_i,\sigma_{-i}))}{\sum_{s_i'\in S_i}\exp(\lambda u_i(s_i',\sigma_{-i}))}, \end{align} where $\lambda\in[0,\infty)$ measures the precision of the response; the larger the $\lambda$ the more precise the response. 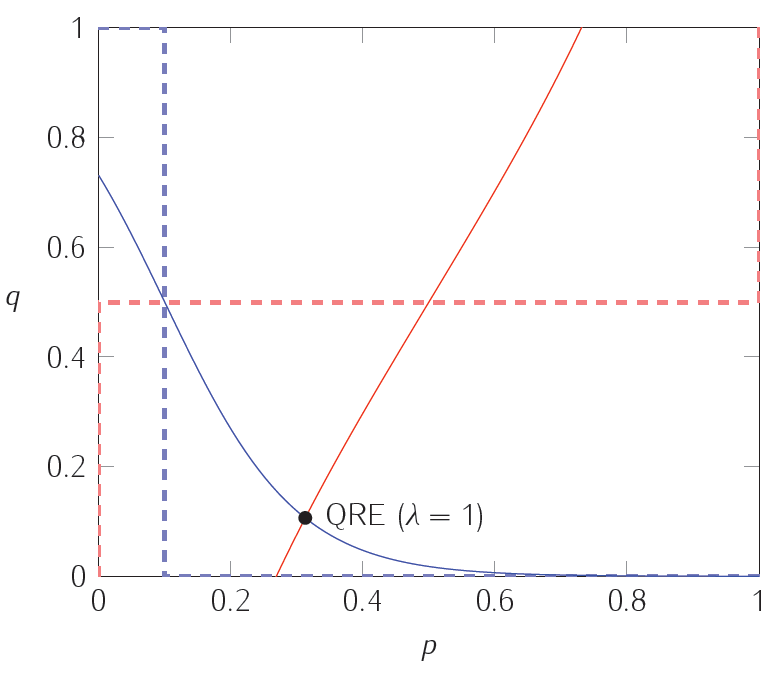 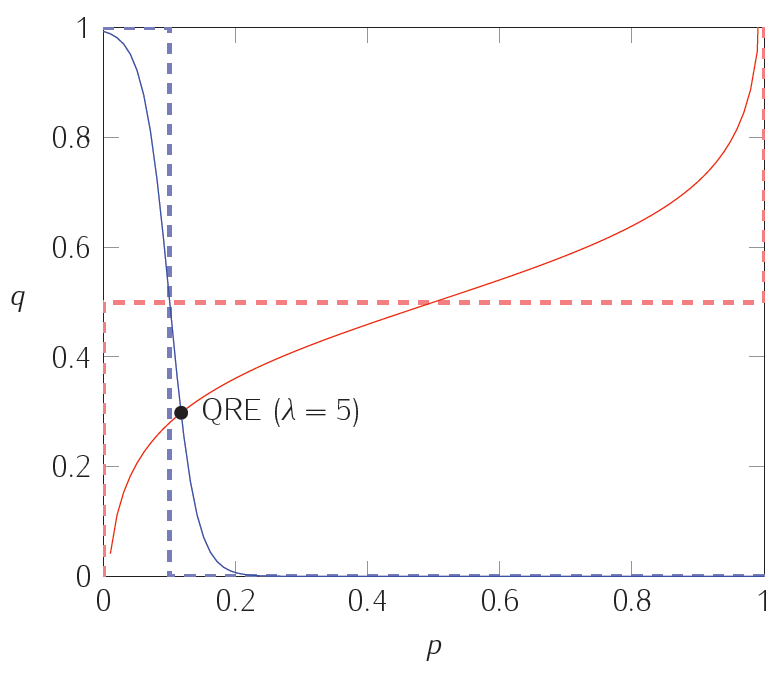 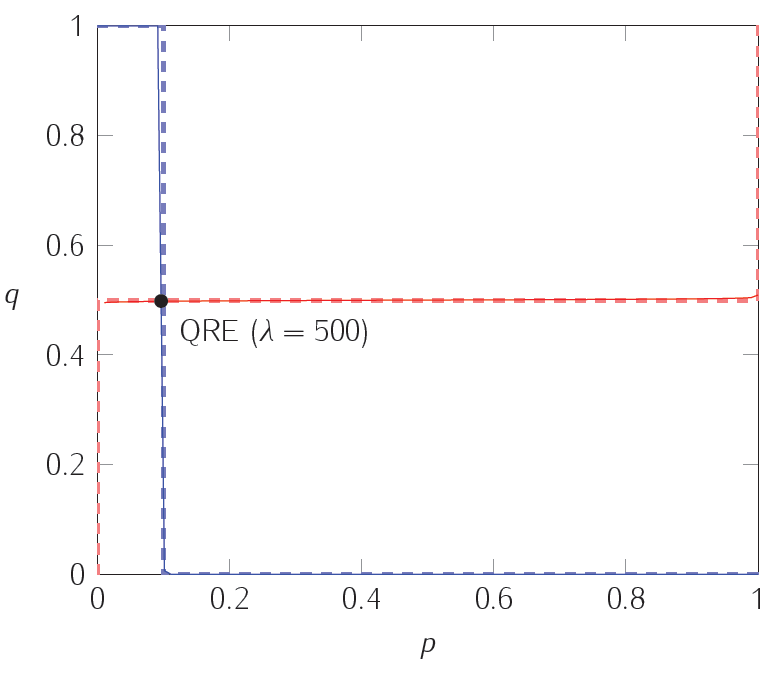 Not the answer you're looking for? Browse other questions tagged game-theory behavioral-economics bounded-rationality or ask your own question.