Please look at the following. Question which I posted.

I did not understand the answer for the part b - Pareto efficient.

I am happy if you explain it in more details. Thank you. 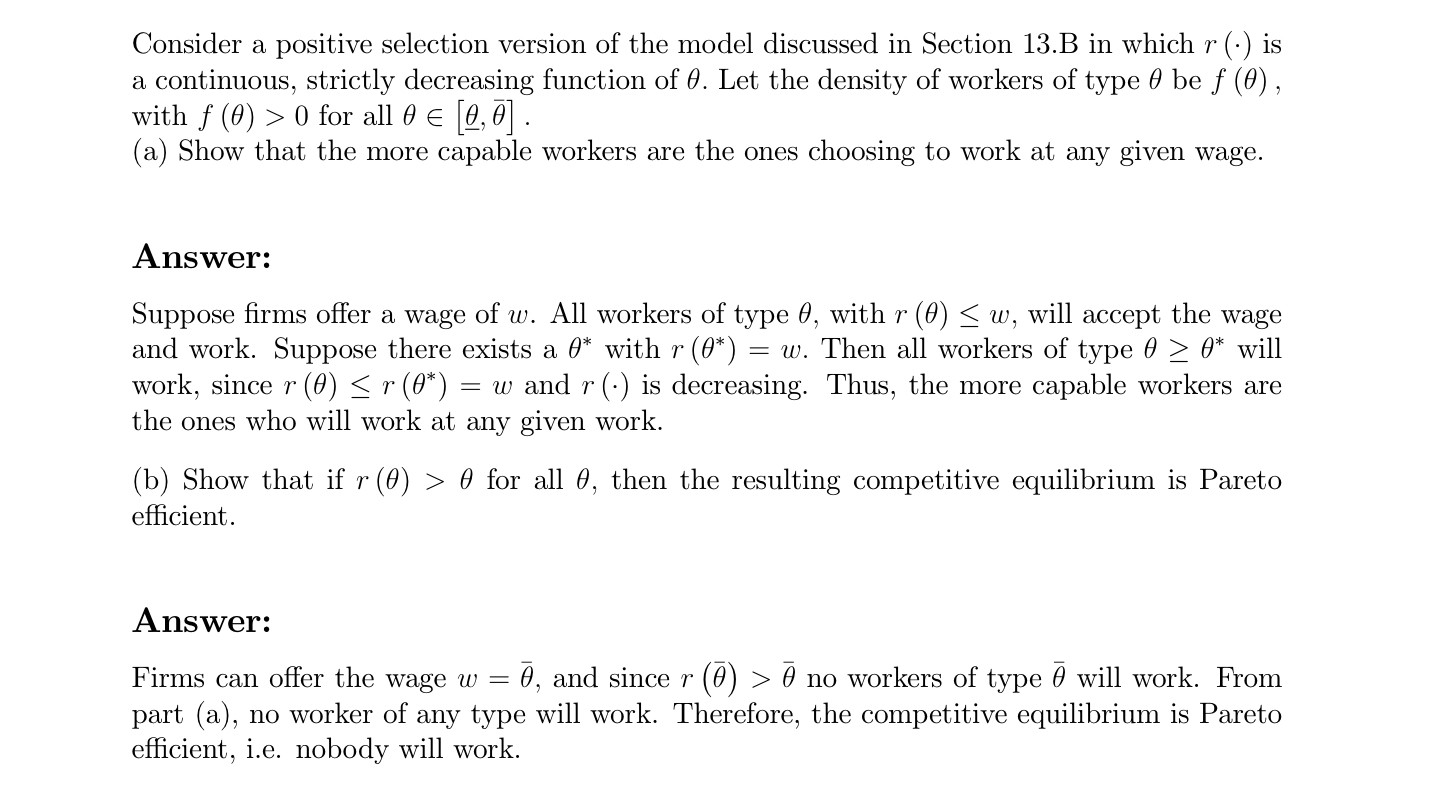 A Pareto-efficient outcome is an outcome that satisfies the condition that no agent is worse off, and at least one agent is better off, as a result of the change.

A Pareto-dominant outcome is an outcome that is both Pareto-efficient and increases overall welfare with respect to an alternative.

Finally, an outcome is Pareto-optimal if it is Pareto-efficient and is not Pareto-dominated by some other outcome.

Only the last definition has something to do with equilibria. By the First Fundamental Welfare Theorem, perfectly competitive market equilibria are Pareto-optimal.

As others have said, we might need to know more about the model 13.B to help you, but roughly speaking, if the wage incentives in your model are such that by part a) nobody is willing to work, then nobody acts. Likely, within your model, if nobody acts, nobody incurs a cost, and so nobody is worse off.

So, to understand b), we need to be able to see whether at least one agent is better off if nobody works.

Not the answer you're looking for? Browse other questions tagged microeconomics game-theory self-study pareto-efficiency adverse-selection or ask your own question.

2
Extensive form: pareto inefficiency?
0
In modern economics, what are the least restrictive conditions shown to theoretically achieve Pareto Efficiency?
1
Finding the Pareto optimal set with preferences for 3 individuals
1
Pareto Optimality of Endowments
1
SPNE and Pareto Optimality
1
Pareto Efficient level of Public Good
1
Pareto efficiency and maximization of sum of utilities
3
What does an interior Pareto-efficient allocation looks like in this set up?