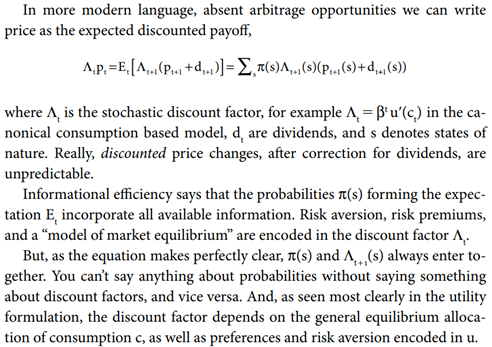 11
What are the arguments against the rational expectations hypothesis?
3
Does my research prove market inefficiency?
4
Efficient Market Hypothesis and constant ex-ante real interest rates?