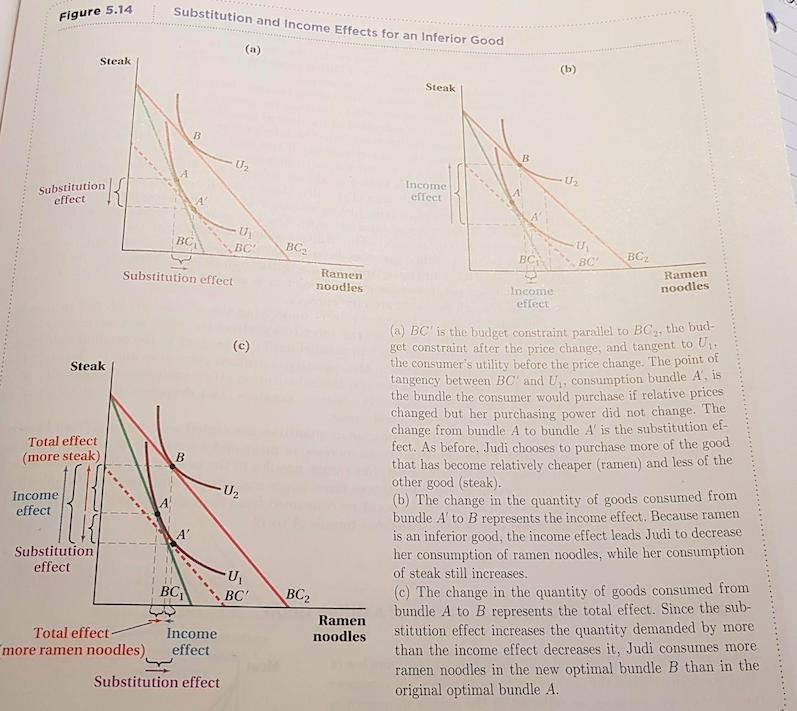 When you are only told in the question that the price level of the inferior good decreases, how can you draw the indifference curve accurately? The size of Substitution effect depends on the curviness of the curve. Thus when I draw my diagram, it is not matching with the one in the textbook. 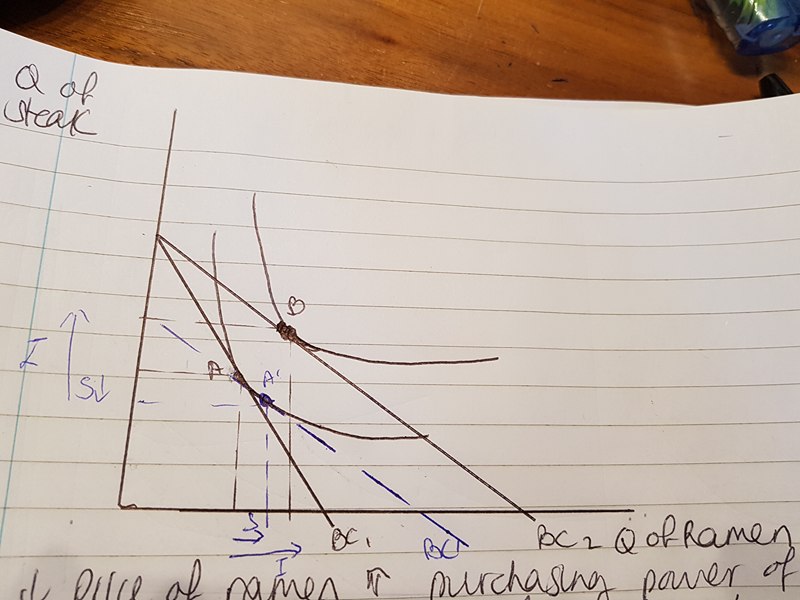 When do you prevent this when no figures about the exact consumption is given? Thanks

Could you clarify what your your question is? If Ramen is inferior then an increase in wealth (parallel shift of the budget line) should cause the consumption of ramen to go down. Hence $B$ should be to the left of $A'$. Then income effect is the distance on the x-axis from $A'$ to $B$.

The slope of the budget line is related to ratio of prices. So $A'$ is the point of tangency of between the old indifference function and a budget line with a new ratio of prices. Essentially what it is saying is what would be your basket if the price of ramen was reduced but some of your money was taken away, so that you are no better and no worse off. The change from A to A' is pure substitution effect.

Then, since your money was not actually taken away from you, you have to consider income effect. This is achieved by shifting the dased line upwards. So A -> A' is substitution effect. A' -> B is income effect.

6
Ambiguous definition of Substitution and Income effect?
3
Basic microeconomics: supply, demand and substitutes in production
7
Differences between Hicksian and Slutskian approaches
1
Link between elasticity and marginal utility
1
Pure exchange economy with free and non-free disposal
2
Difference between Giffen and inferior goods. Why aren't all inferior goods Giffen goods?
1
A question about MWG Exercise 3.D.4
1
Reason behind the decomposition of price effect into substitution and income effects
2
Measuring income effect before knowing substitution effect
0
Question on General Equilibrium: how to write offer curves?