There is a second price auction with 2 players. Their valuations of the object at auction are independently and identically distributed with pdf $f$ and cdf $F$ over $[0,\hat v]$. Assume $f$ is continuous and positive over $[0,\hat v]$.

A reservation bid $r$ is now implemented - the winner pays the second of the highest bids including the reservation price, or if both bid lower no-one wins. I want to find the pdf that both bids are above $r$ and above some $x$, and add this to an equation calculating expected revenue for the auctioneer.

To find expected revenue of the seller in a second price auction with reserved price consisting of two bidders who bid their valuations in equilibrium, we do the following :

Given that valuations are i.i.d with pdf $f$ and CDF $F$ over $[0, \hat{v}]$, the revenue that the seller gets for different realizations of players' valuations are as indicated in the graph below: 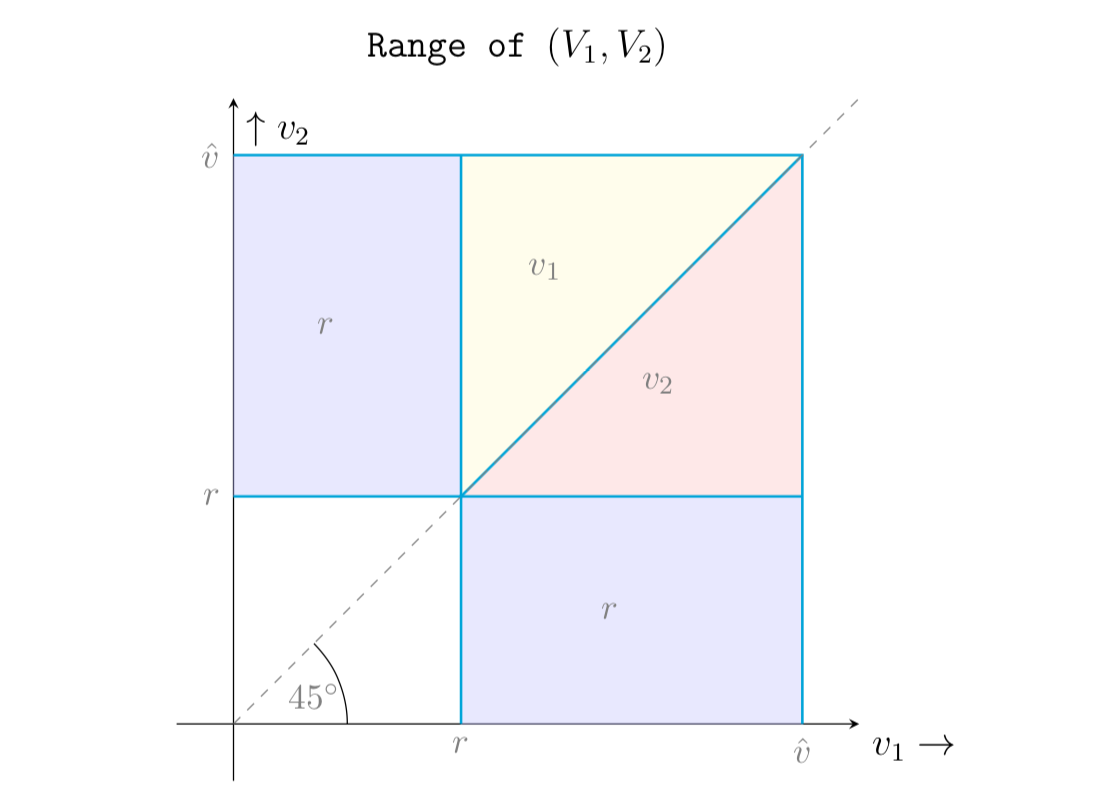 I think that the first part of your question must ask for a conditional probability. In other words, for $v_1$ and $v_2$ representing valuations of player 1 and player 2, we should have been asked for the derivation (namely, the density) of the following probability:

From your words, however, it is deduced that what it asks for is the derivation (so the density) of the following probability:

Not the answer you're looking for? Browse other questions tagged auctions or ask your own question.