When can we expect China to become a developed country?

China has the 2nd largest GDP in the world and also has a high GDP growth rate. According to Richard Lynn's IQ and Global Inequality, the Chinese have a mean IQ of 105, which is one of the highest in the world. So, it just seems to be a matter of time before China becomes a developed country. The only question is when: Will it be 10 years from now? 20 years? 50 years?

Just because a country has a lot of resources (including human capital), it does not necessarily form a path for a developed nation. China is also very involved in military conflicts. It just takes one war for a country to drift back decades. Also, you can't ignore the brain drain problem.

With that, "developed" nation is a fluid definition. What does that mean? Is the US developed? Thousands of US citizens don't have electricity yet. No clean water. Massive health care and student loan crisis. Not to forget the trillions of dollars of debt. But many would consider the US a developed nation. If you are basing "developed" as in militarily-wise, then China will soon be a developed nation, if not already.

However, if you account for freedom of speech and all, then China is still decades behind from its neighbors like India.

What do you mean by the term "developed country"? Do you mean "highly industrialized" or "high-income" or "high human development index"?

If you take a look into Wikipedia page, you will realize becoming developed is mostly related to the development of the common citizens. For instance, the given indicators are as follows:

Of these 4/5 factors are related to the population of a country.

Over the past 30 years, China has pulled 700 million people out of poverty, but that was not enough. So, their effort is still going on.

Human Development Index (HDI) is a common way of measuring the overall prosperity of a country. It includes life expectancy, education, per capita income, and other factors to calculate a number between zero (low) and one (high). We can use HDI as a proxy for a developed country vs a developing country.

HDI is a complicated statistic so let's boil it down to just GDP per Capita (PPP) for some simple analysis to find a rough estimate to when China will clear the 0.800 threshold. In 2019 the lowest country with an HDI greater than 0.800 was the Republic of Seychelles (HDI of 0.801). Seychelles has a GDP Per Capita (PPP) of around 30,000. Finding when China will clear GDP Per Capita of 30,000 will give us a good idea of when it might be classifiable as a developed country.

The GDP Per Capita of China in 2019 was around 20,000. It has been growing rough 6-8% year over year for the past decade. Using the low end of that historical growth rate it will take 7 more years to clear the 30,000 GDP Per Capita (PPP) threshold.

Final answer: 7 years (2027) before China could be classified as a developed nation based on this simple analysis. 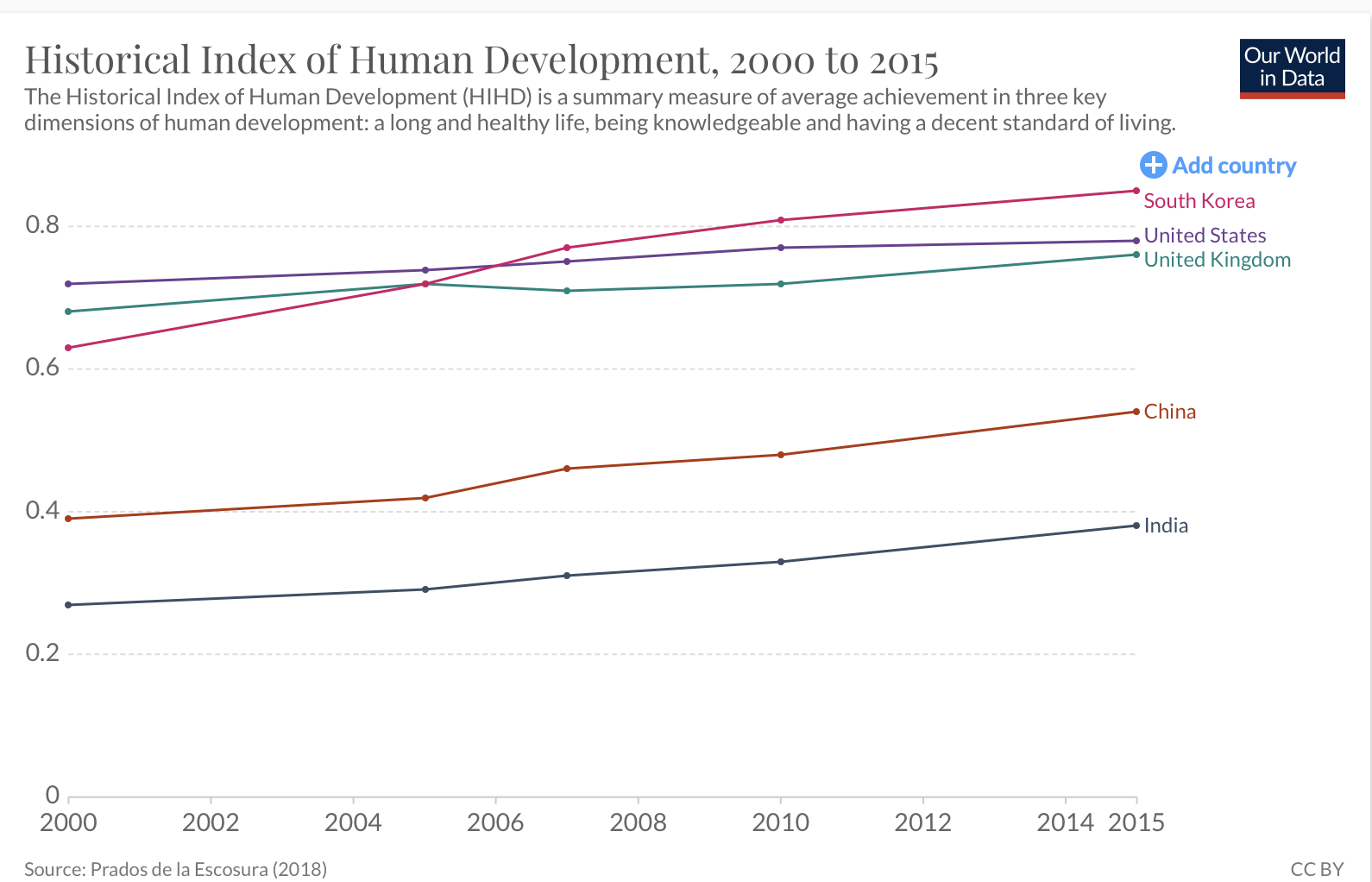 Not the answer you're looking for? Browse other questions tagged international-economics development-economics china or ask your own question.

2
What do we know about the causes of global income inequality?
0
Where can I find the statistics of import crude oil to China?
2
Finding an economic policy that worked in a developed country but failed in a developing one
2
What is the upper limit of circulating money on earth?
0
What does it mean by Global recession?
2
Does development aid, negatively effect the development of developing countries?
1
Why has China's integration into the global economy caused it to slow it's output?