I’m struggling with a problem regarding the beta delta agent.

Can someone give me a hint how I can come up with the levels of utility? 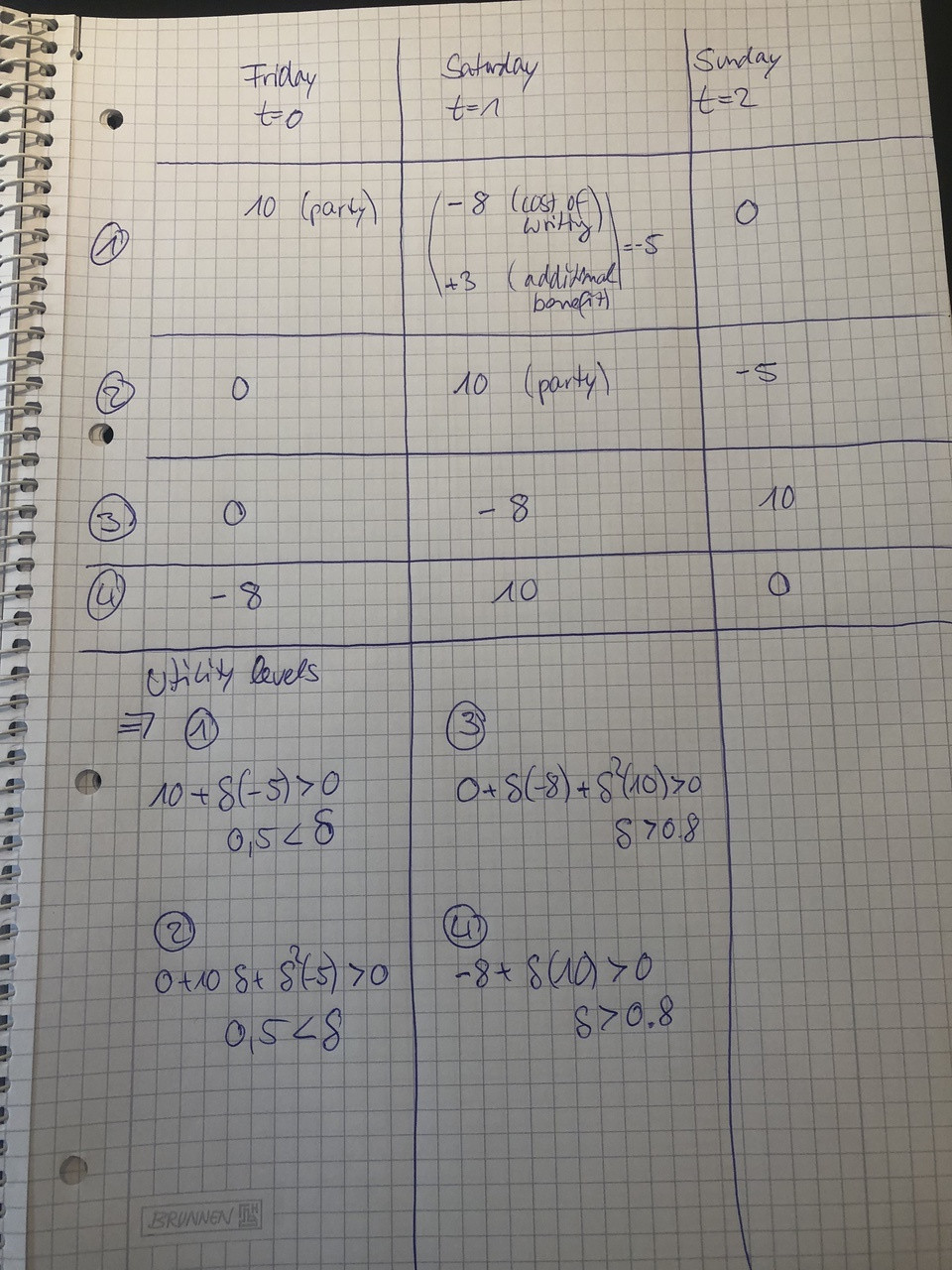 One caveat, I've written this up while writing the world cup so there may be plenty of mistakes. In addition, I confess that the problem is not terribly transparent. However, here is how I'd interpret it.

First, when viewed in period $0$, the discounted weights for utilities accrued are $1, \beta \delta, \beta \delta^2$. I make the following assumption: that the given utilities for the various actions are realized immediately--this, I think, is what the writer of this problem wants, but it is not very clear (and indeed, I think it would actually be more reasonable from a modeling perspective if the essay benefit were realized at the end).

The agent has the following plans.

These yield to him the following utilities (when viewed from period $0$, should he be able to commit to this plan):

The possible commitment solutions are:

Again, to whomever: please feel free to make any edits or corrections necessary.

Not the answer you're looking for? Browse other questions tagged behavioral-economics decision-theory or ask your own question.