Why stochastic dominance is "stochastic"?

More generally, if $X_G$ is a draw from $G$ and $X_F$ is a draw from $F$ then $X_F-X_G$ will sometimes be positive and sometimes negative. In this sense, the dominance is only stochastic: $G$ produces larger draws than $F$ on average, but not all of the time. 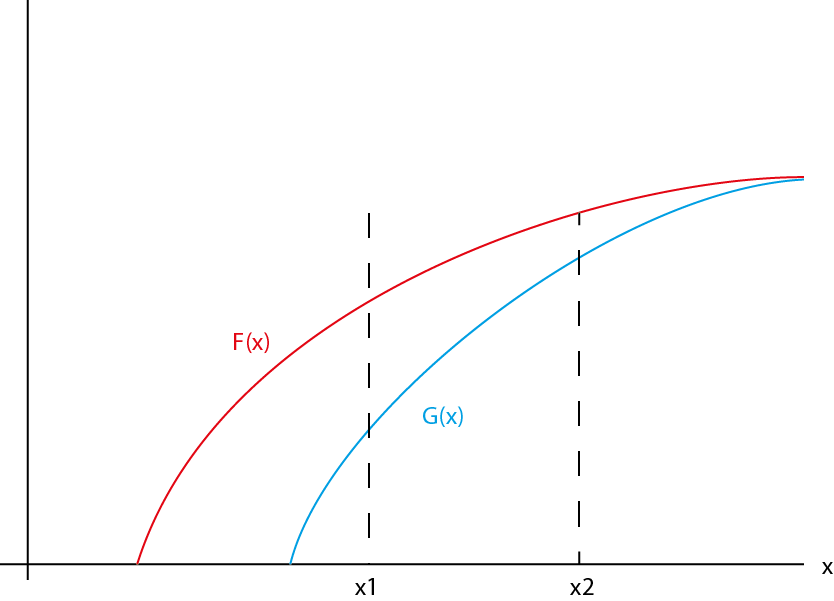 Not the answer you're looking for? Browse other questions tagged financial-economics decision-theory portfolio-theory or ask your own question.

8
Optimal consumption in Merton-like portfolio choice model with constant wage
2
Decision Theory Question: Existence and uniqueness of the certainty equivalent of p
1
What do you call a system in which the payer is not the decision maker?
3
Transformation of random variables and second order stochastic dominance
3
Is First Order Stochastic Dominance (FOSD) relation convex?
1
Rigorously Defining Newcomb's "Paradox"