Isn't it the case that figures on employment should equal the sum of employees plus the self-employed?

This is a question about data consistency. I'm using the AMECO database and I'm interested in employment data for Greece.

My current understanding is that the series about Employment (NETD) should in principle be equal to the sum of the series on Self-employed persons (NSTD) plus the series on Wage earners (NWTD).

In fact, this is what the information on the Employment series says.

Now, if one plots the employment series along with the sum of the series on wage earners and the self-employed-or inspects their relationship otherwise- it will become evident that the expected equality is verified only for a part of the sample (after the '90s).

What is the reason for this discrepancy?

update: In the following plot the blue series depicts Employment proper (NETD) while the red series is the one I constructed by adding NSTD (self-employed) and NWTD (employees). It's the later one that falls short of the former. 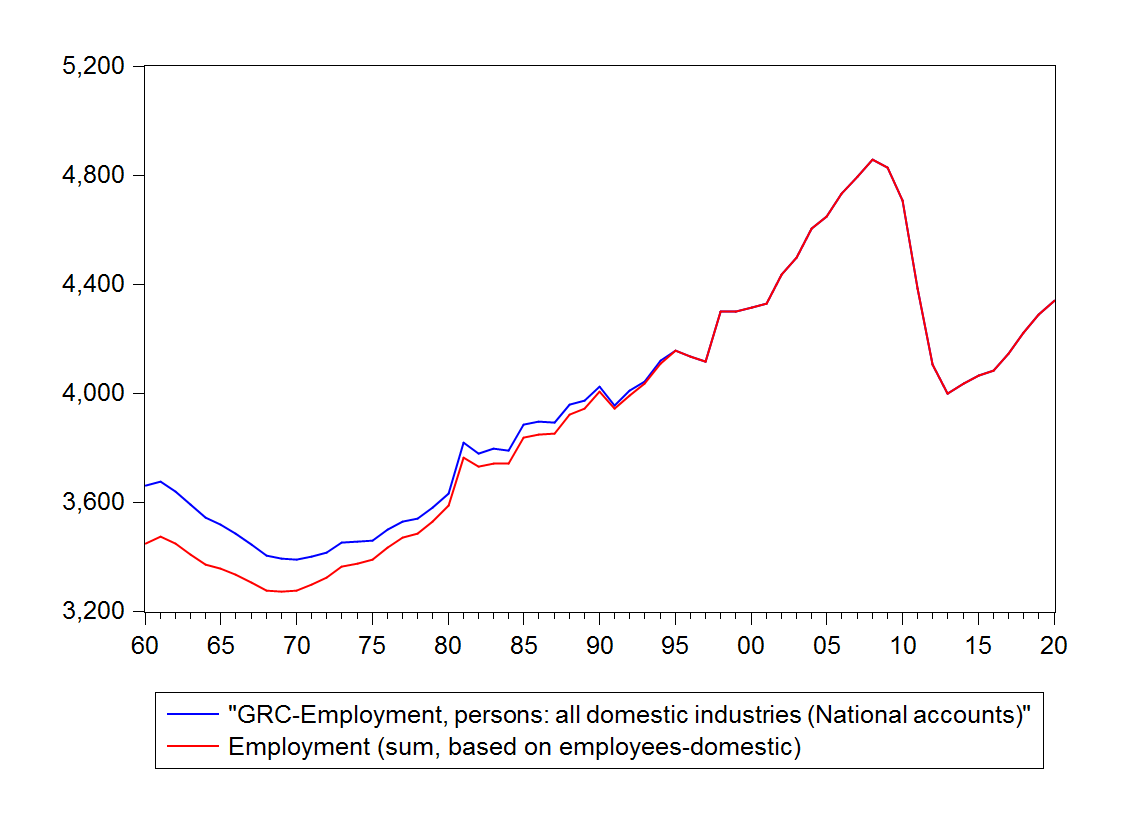 This becomes more evident in the next plot. It depicts the annual percentage difference between the constructed employment series (the red line above) and the AMECO series for employment (blue), which I consider as a baseline. 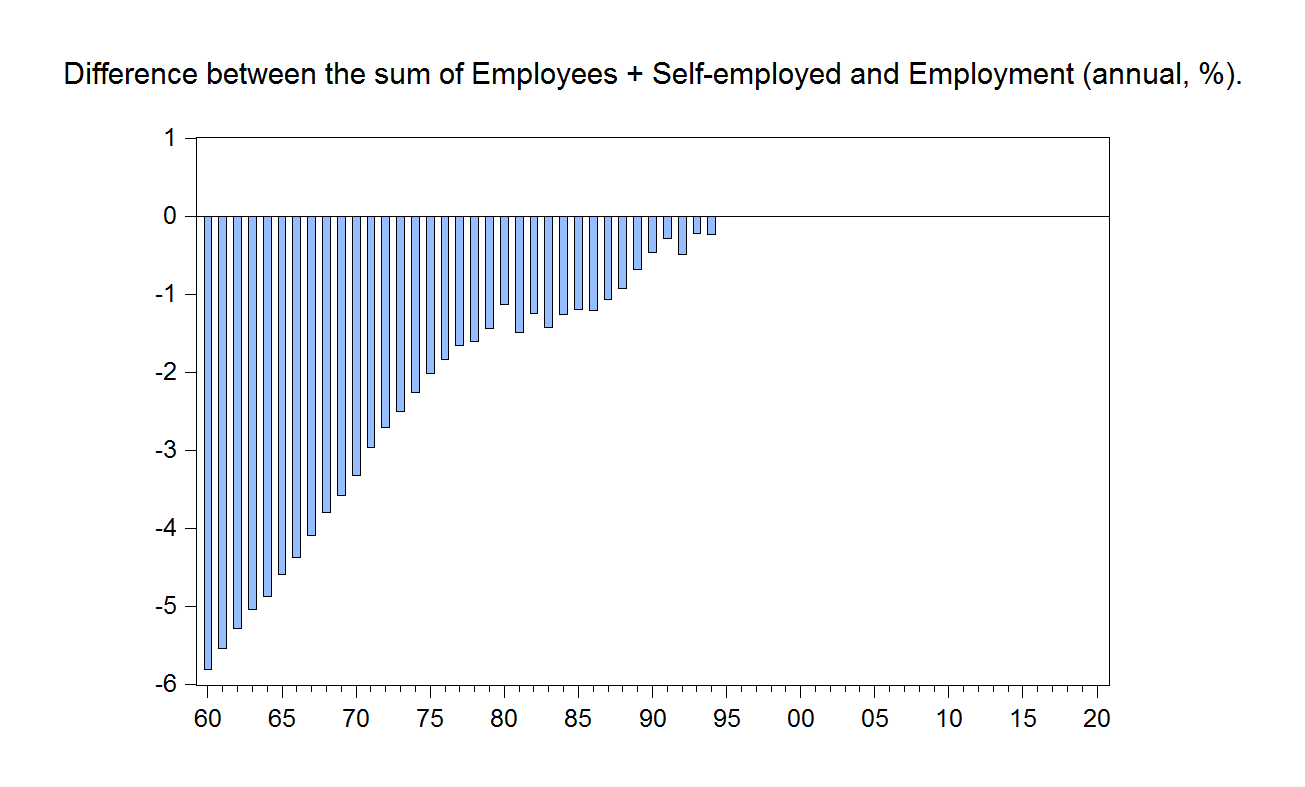 Casual inspection of the plots demonstrates the fact that for almost the first half of the sample the constructed series falls short of the baseline. In plain English, up until the 90's employment in Greece is not exhausted by the sum of the self-employed and employees.

Such a discrepancy is not detailed in the data description for employment (see link in the question above) and it begs the question which series provides the correct answer to the question "What is the level of employment in Greece up to and including the nineties?".

Also, the motivation for this question is not simply the level of employment. Please note that if the constructed series is off, that means that eg when trying to retrieve the adjusted wage share for Greece, one ends up with a lower figure for the period relevant to the observed discrepancy.

While you didn't share in which direction the equality is off, I would imagine that there is a double-counting issue. If someone is a self-employed person AND a wage earner (e.g. perhaps they have a salaried position but also do freelancing on the side as a registered independent contractor), this may lead to the sum of self-employed workers + wage earners to be higher than Total Employed. That's my thought.

Not the answer you're looking for? Browse other questions tagged macroeconomics data-request or ask your own question.

4
Why is GDP equal to the sum of revenues?
6
The Shapiro-Stiglitz model. Why under full employment do unemployed workers find jobs instantly?
1
How to engineer the economic system, so that an individuals self interest leads to fulfilling collective interest
1
How to take the derivative and show that MPL in the Solow model is equal to real wage w