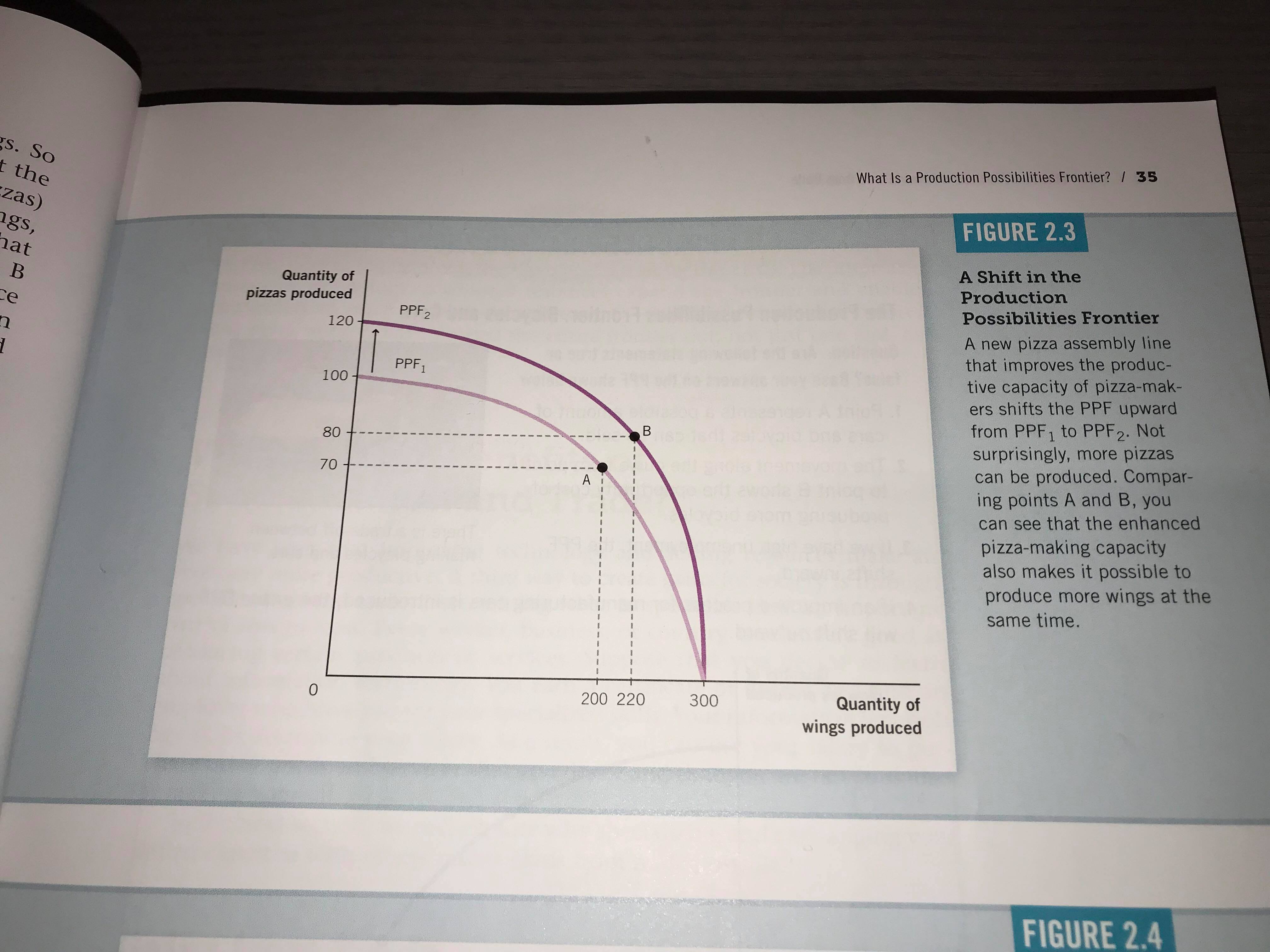 "Suppose that a new pizza assembly line improves the pizza production process and that the development of the new assembly line does not require the use of more of society's resources.

Although the ability to produce wings has not changed, the new pizza making technology causes the production possibilities frontier to expand outward from $PPF_1$ to $PPF_2$.

It is now possible for society to produce more of both because the improvement in pizza making technology allows a redeployment of the labor force that also increases the production of wings."

I understand that improvement in pizza making technology will allow the same amount of workers to produce more. But why is it assumed that workers can be allocated to make more wings?

Perhaps in order to produce 80 pizzas you don't need 10 workers but just 8 and the extra 2 workers can now produce wings.

3
Has this differential calculus inequality approach to optimizing the production possibility curve exist?
12
Depreciation and second-hand markets for bicycles
2
Can the supply curve shift while the PPF does not shift?
0
Optimal basket and the maximum utility
1
Constructing a Production Possibility Curve (PPC)
1
In the long run, would a production-possibility curve expand outward if the country preferred more consumer goods than capital goods?
2
Production Possibility Frontier for 3 goods
1
Percentage of workforce change, with two PPFs