I understand that quasi-linear functions have a general form

and that for a quasi-linear function, the income effect with respect to the other variables of the function ($x_1,x_2,...,x_n$) are all $0$, i.e., income has no effect on the consumption of those goods. I also read online that a if a preference is quasi-linear, then indifference curves are parallel.

However, I came across this function, $U(x,y)=e^xy$, where the income effect with respect to $y$ is $0$, when the price of $y$ changed. Is this also a quasi-linear function, since IE is $0$? Plotting the graph of this function, I see that the indifference curves are actually not parallel. 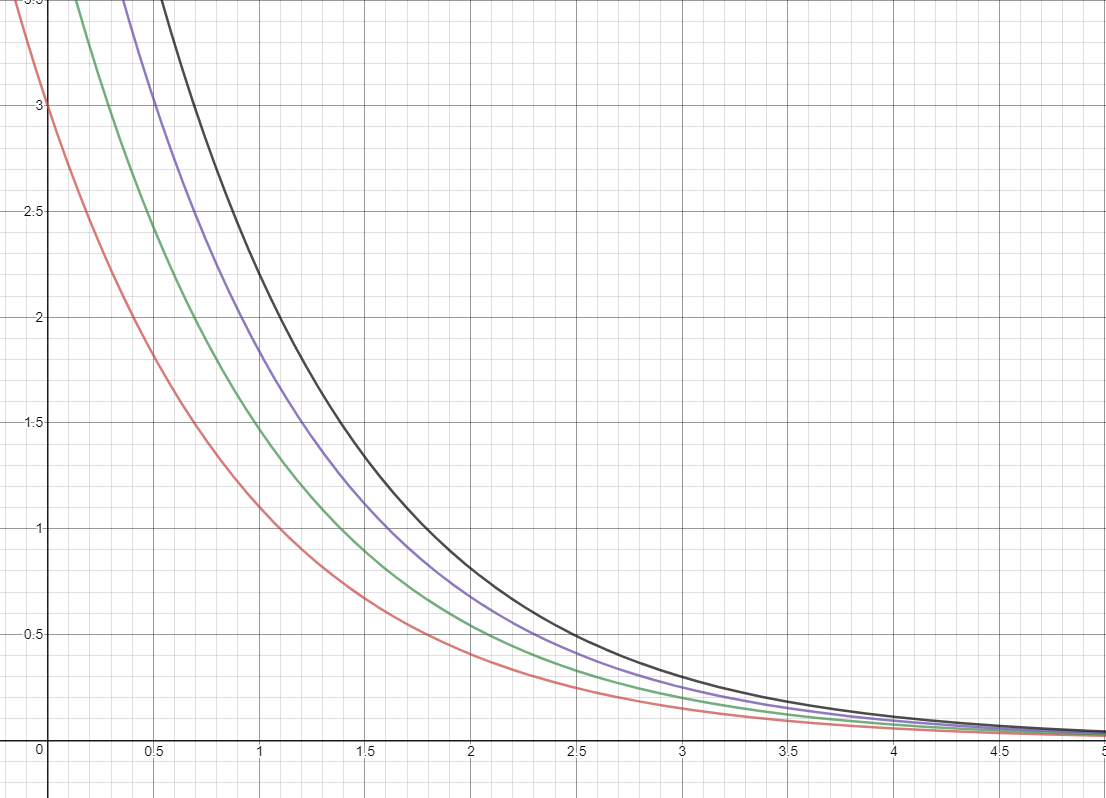 The indifference curves are not "parallel", as they are not straight lines. They are however shifted, that is they are supposed to maintain vertical distance regardless of the value of $x$.

The curves you map maintain horizontal distance regardless of $y$. That is because the non-linear variable here is $y$, not $x$. The curves are still shifted, but along the other axis.

Taking the logarithm of the utility function you get $$ x + \ln y $$ which is more clearly quasi linear.

Not the answer you're looking for? Browse other questions tagged microeconomics utility or ask your own question.