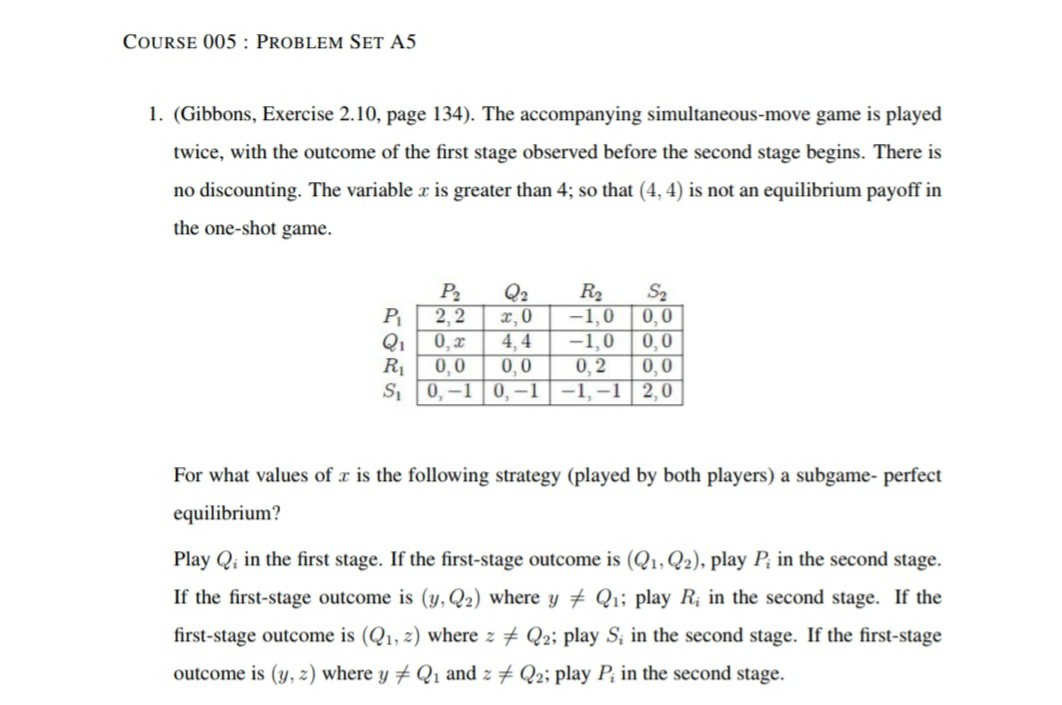 In a finitely repeated game with a unique NE, the only SPNE is the repetition of the unique NE. The reason is that by backward induction the NE will be played in the last period and, hence, also in the penultimate period, and so on.

Here, there are multiple NE so that the different NE can be used to reward and punish previous behavior. Your idea of how to construct such a SPNE is correct. The reward payoff in the second (so the final) period is 2 and the punishment payoff is 0 for each player. So we only have our SPNE if $4+2 \geq x+0 \iff x\leq 6$. Otherwise, the reward is not profitable enough (or the punishment NE not harsh enough).

Not the answer you're looking for? Browse other questions tagged game-theory self-study nash-equilibrium dynamic-games repeated-games or ask your own question.