This question is in context of this problem I was trying to solve: 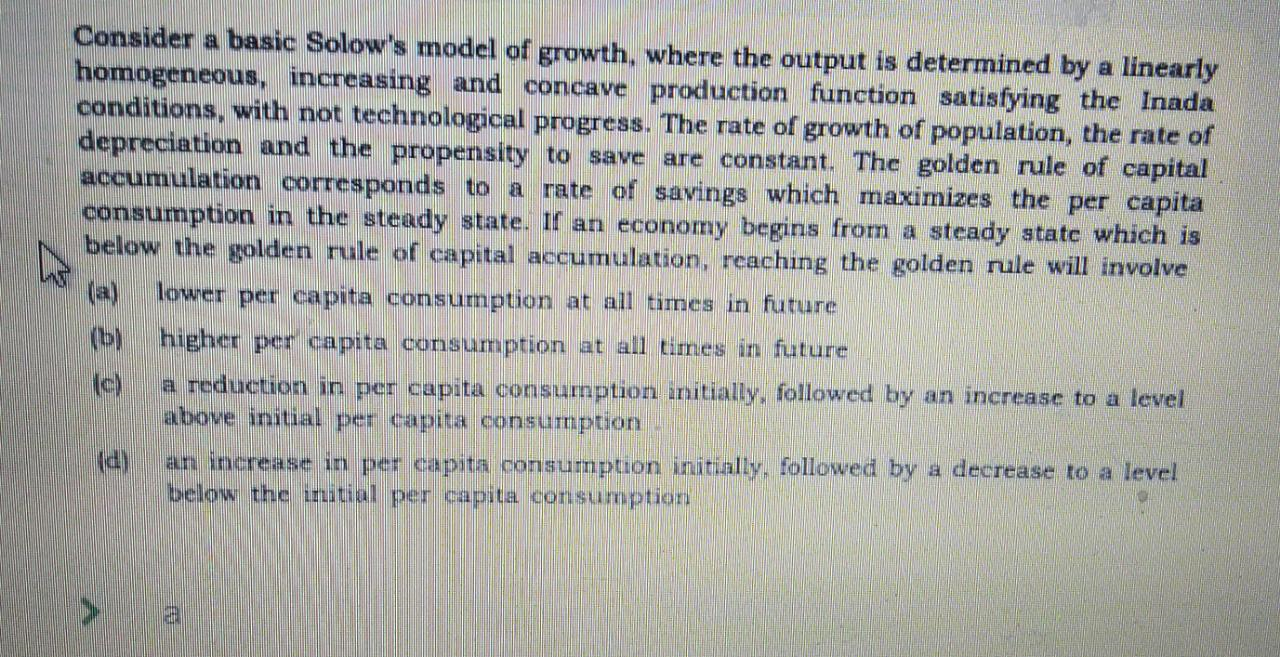 The answer given is (a). But I think the answer is (C). My arguments are as follows:

Is my answer correct, speaking strictly in terms of academic Solow Model theory and with the information given in the question? If wrong, why?

Your reasoning is exactly correct and the answer should be C.

We are told to begin "from a steady state which is below the golden rule of capital accumulation". So, $s<s_g$, where $s$ is the initial savings rate and $s_g$ is the golden-rule savings rate.

Suppose that at period $250$, our savings rate jumps from $s$ to $s_g$. Then the evolution of per-capita consumption looks like this: 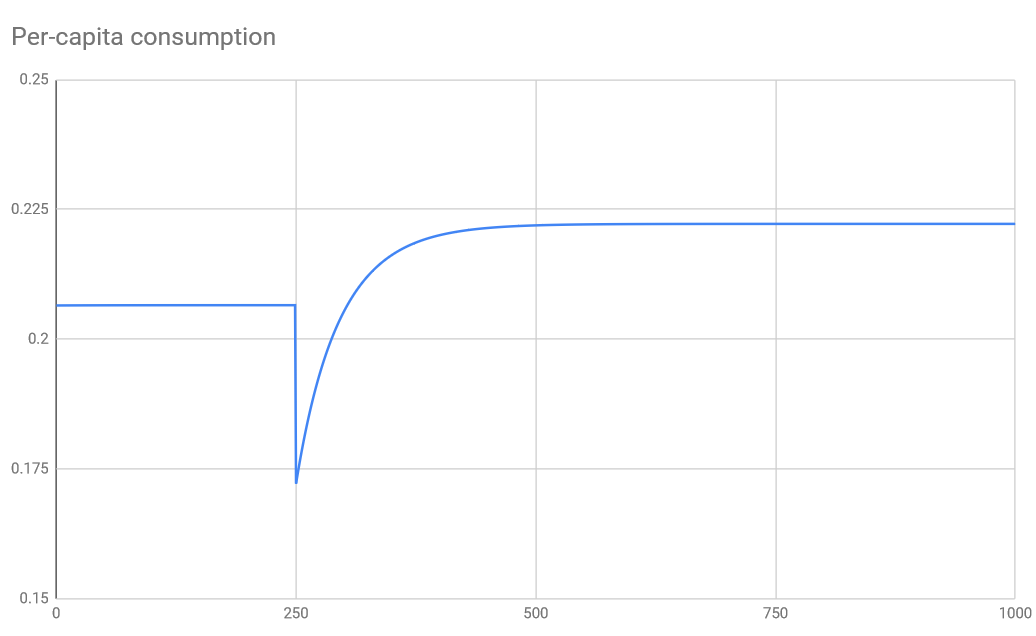 Google spreadsheet where you can play with the numbers. 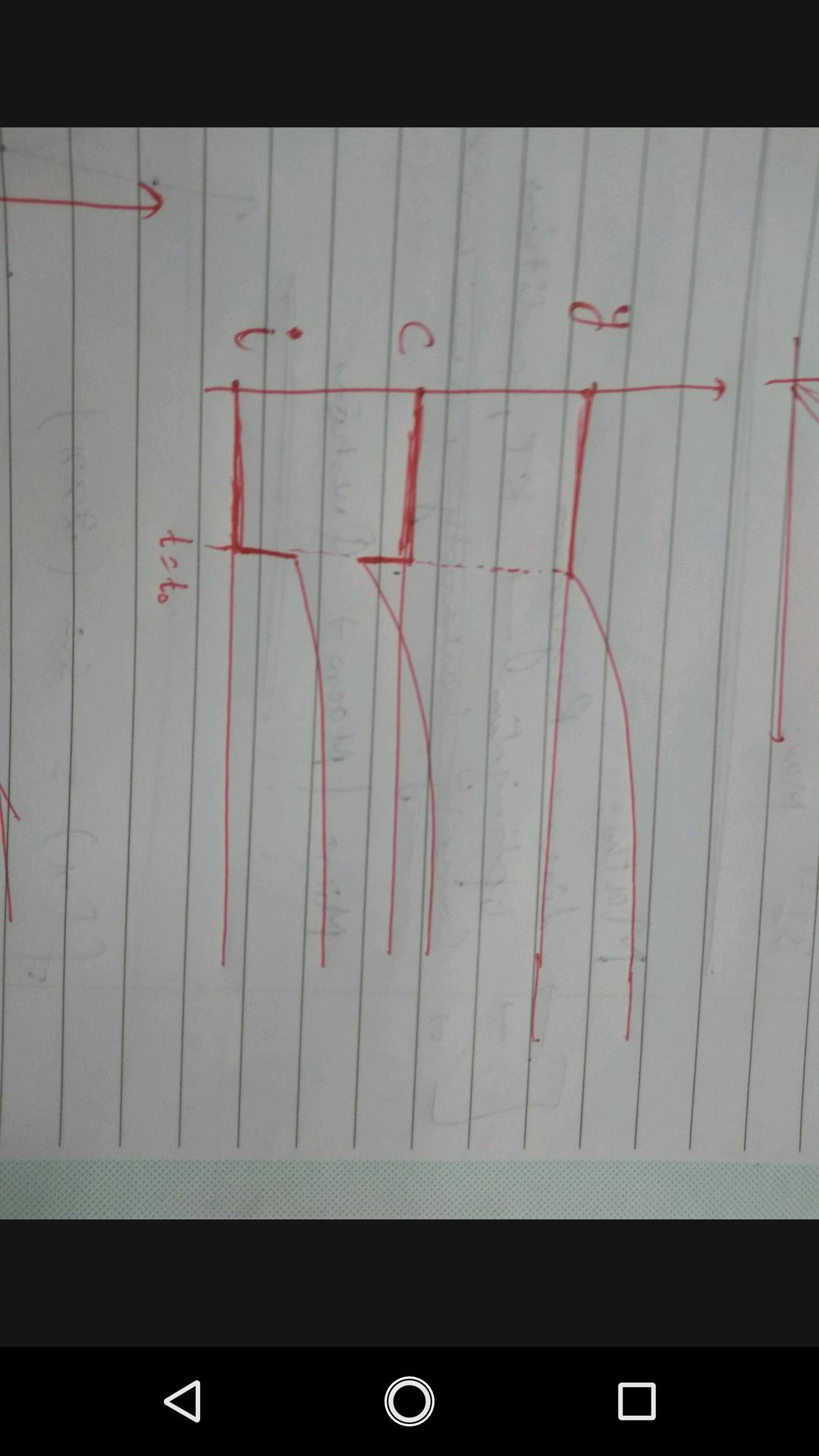 Yes the answer should be C. I have attached an image showing the variation with time of the variables $y$(per capita output), $c$(per capita consumption) and $i$(per capita investment). I am assuming at $t=t_0$ the savings rate is increased.

The consumption per capita initially will fall because the savings rate has increased. Eventually it must go above the initial per capita consumption because of the Golden Rule condition.

Not the answer you're looking for? Browse other questions tagged solow or ask your own question.