Why do low labour and wage flexibility forestall a single currency? 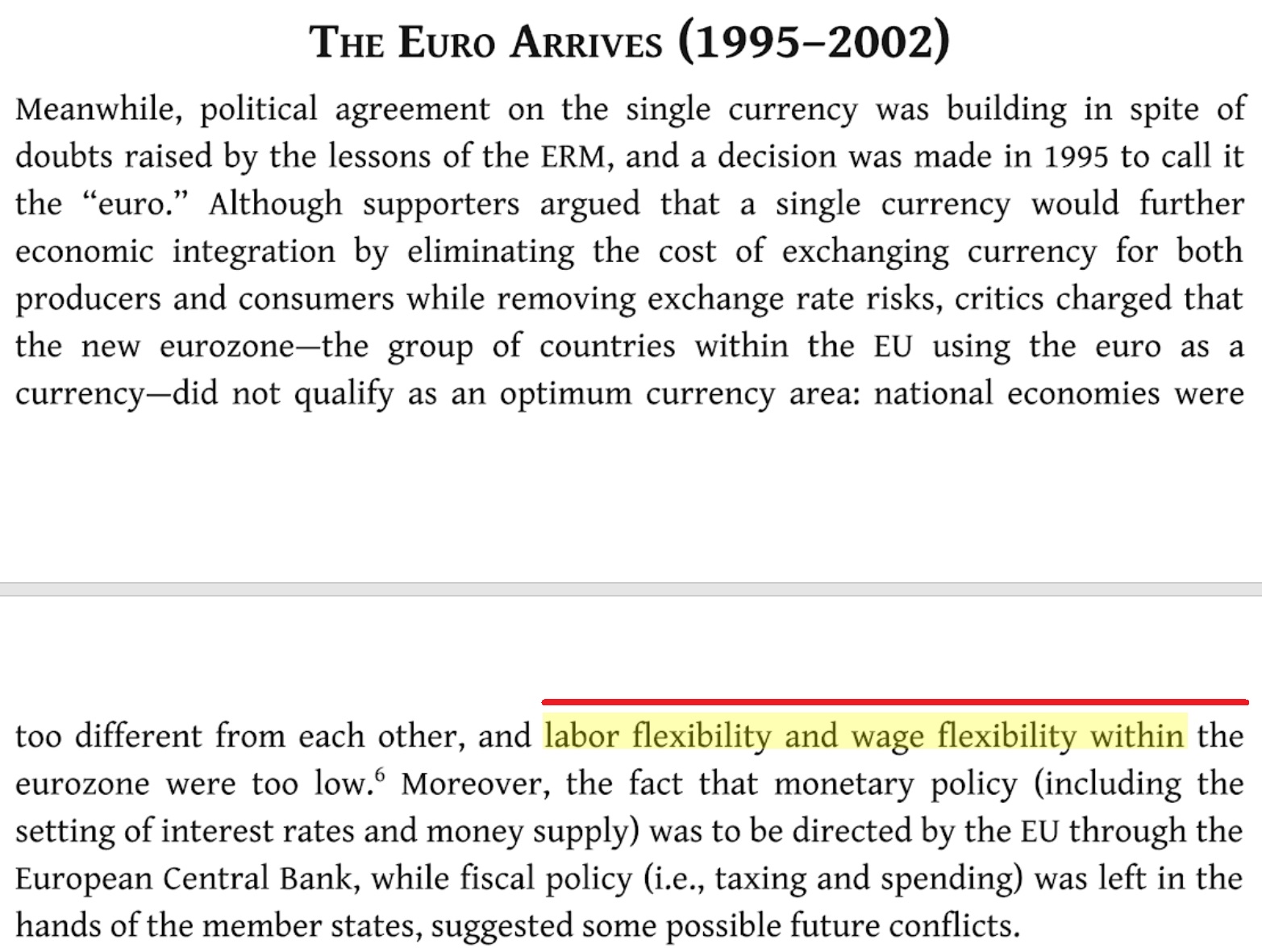 It's probably referring to the standard OCA theory of the tradeoff between symmetry and flexibility, but in the latter flexibility is usually one index:

The theory of optimal currency areas (OCA) has created a set of ideas that has an significant influence on the governance of the eurozone and on views about how this governance should be strengthened in the future. The best way to make this clear is to present the core of the OCA theory, using a well-known graphical representation of this theory (see De Grauwe (2014)). This is done in Figure 3. On the horizontal axis we set out the degree of flexibility in the labour and goods markets.

The downward sloping OCA line represents the trade-off between symmetry and flexibility. Hence, when the degree of symmetry declines (there are more asymmetric shocks) countries in a monetary union need more flexibility to deal with these shocks. 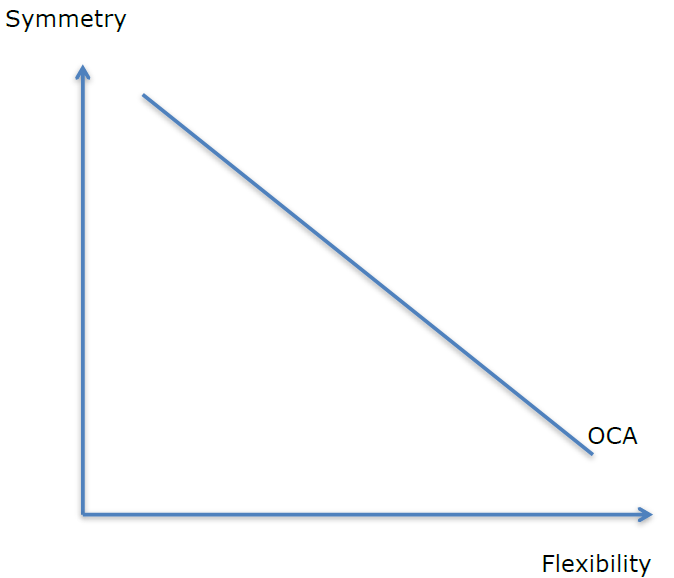 So they probably mixed up usage a little and instead of wage flexibility and labor mobility they referred to labor flexibility in the 2nd term. I suppose the latter may encompass the former for some broad meaning... but then it also includes wage flexibility.

And if the quoted theory above isn't too accessible, a simple illustration is to consider Greece: its economy was quite unlike Germany's. So in order to respond to the (asymmetric) shock the Eurozone experienced as a whole via the Greek problem, Greek workers had to take lower pay or migrate to other EU countries. And they did both to some extent. Of course, the flexibility question/measure is how fast these two reactions happen in response to a shock.

Finally, labor mobility works better as an automatic stabilizer if you also have federal taxes; without these you need some other mechanism to transfer money from the income of the workers that have migrated back to the problem area of their origin.