Did Zimbabwe have an inflation of 89.7 sextillion percent?

From a Cato Institute article by Steve Hanke1 (emphasis added):

The Economist’s most recent infraction on Zimbabwe’s hyperinflation appeared in the May 2016 issue. The magazine claimed that the hyperinflation peaked at an annual rate of 500 billion percent. Where did this figure originate? You guessed it. That figure is buried in the IMF’s 2009 Article IV Consultation Staff Report on Zimbabwe.

Note: Steve Hanke certainly seems to believe that inflation for some countries is higher than actually reported (e.g. the Zimbabwe article I cited, this tweet regarding Sudan from 9 hours ago, and this tweet regarding Argentina from 11 hours ago). Maybe this could be considered in an answer?

An additional issue in trying to compute the inflation rate during hyperinflation is simply the sheer rate at which prices would need to change. At an inflation rate of 1 billion percent, prices double every 15.6 days. At an inflation rate of 1 sextillion percent, prices double every 5.7 days. But it often takes time for information about the rate of inflation to move through the economy-- the farmer selling eggs today knows that he needs to get more than he did yesterday but does he need 10% more or 20% more or 50% more? And at the point that you're measuring inflation in billions or trillions of percent, the economy has broken down substantially so you're not going to have a reliable data collector gathering a lot of reliable information on the transactions that are going on. It is entirely possible that observers in town A would see a very different inflation rate than observers in town B in a particular week because A accidentally undershot the average inflation rate in the prior week while B accidentally overshot the average inflation rate. When you have spotty data about a fast-moving trend, that is going to add substantially to the uncertainty of the final result.

The tweets on Sudan and Argentina appear to have the same basic issue. Hanke is measuring the rate of inflation using the black market exchange rate between dollars and the local currency. Most average consumers in those countries are not spending a large fraction of their income buying dollars, they're buying things like food and housing in the local currency. It is entirely possible that those average consumers are experiencing a different rate of inflation than those consumers that are trying to exchange whatever assets they still have into dollars that aren't going to be devalued by crippling inflation.

The figures you question are from Hanke and Kwok (2009). 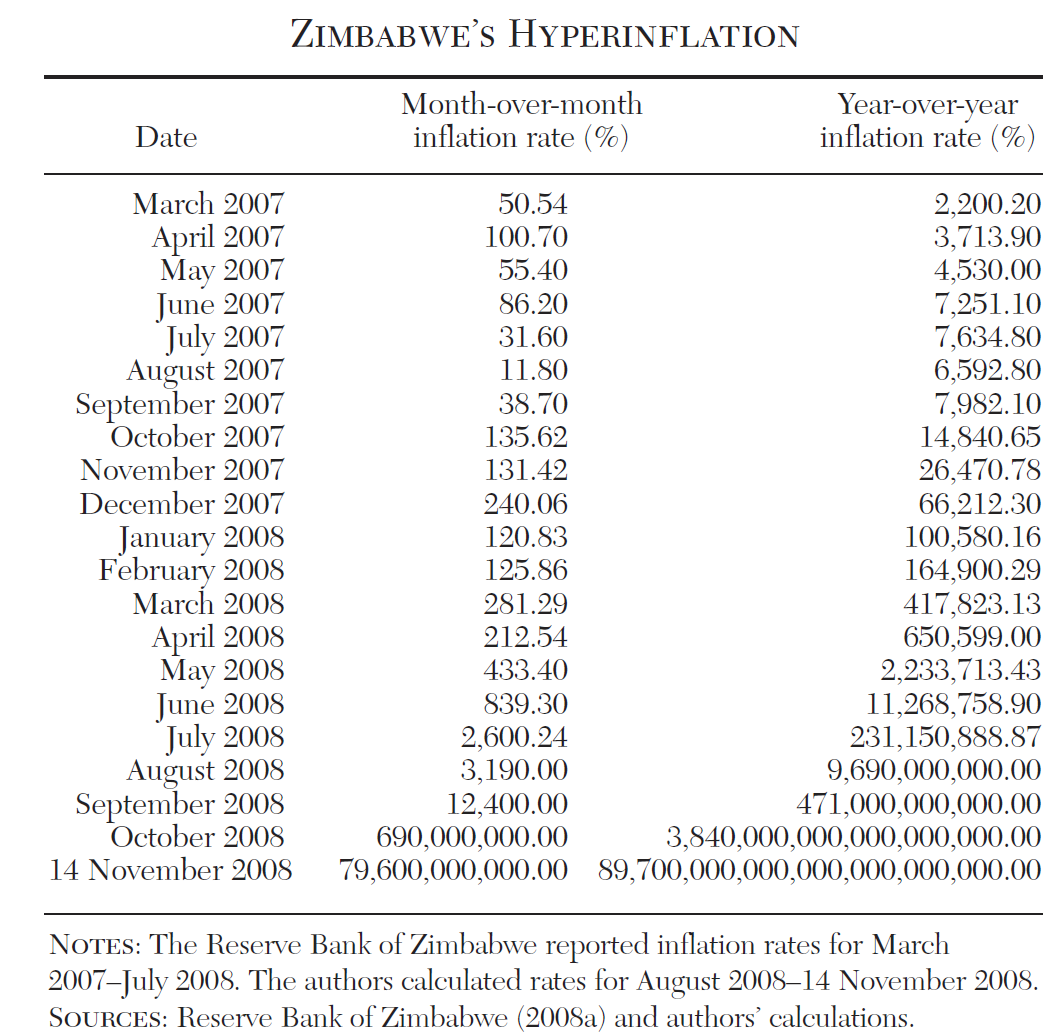