Consider a simple game between P1 and P2 shown in Figure 1. 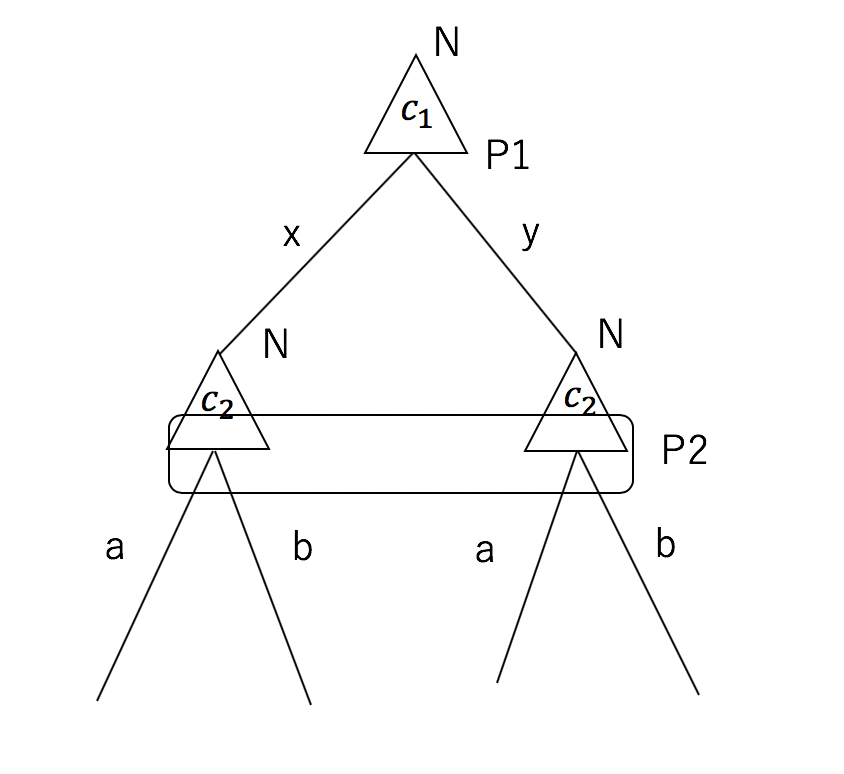 We consider a Perfect Bayesian Equilibrium. P1 uses a cutoff strategy based on his $c_1$ that has the Cumulative Distribution Function of $F$. If his $c_1$ is lower than a threshold $c_1^*$, which depends on P2's strategy, P1 takes the strategy $x$.

Similarly, P2 uses a cutoff strategy based on his $c_2$ that has the Cumulative Distribution Function of $G$. If his $c_2$ is lower than a threshold $c_2^*$, which depends on P1's strategy, P2 takes the strategy $a$.

Suppose the game has slightly changed as shown in Figure 2. 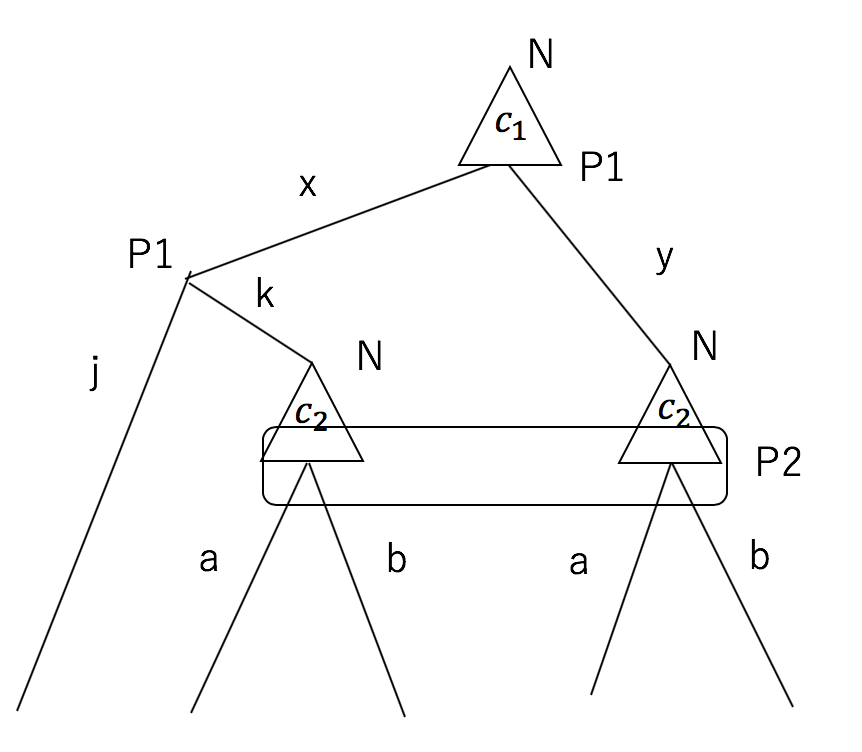 Now P1 has one more turn. Suppose that, given the initial $F(c_1^*)$ and $G(c_2^*)$, we set P1's gain from the strategy j as always being equal to the strategy k. We assume that P1 takes the strategy j if P1 is indifferent between j and k.

I appreciate any help.

microeconomics game-theory
Share
Improve this question
asked May 16 '19 at 14:59

I am going to assume that $F$ and $G$ are continuous distribution functions (I.e. players are playing properly mixed strategies). If this is not the case there is not enough information to answer your question. Given that assumption, player 1 and 2 must be indifferent among their actions in game 1 given the strategies of the other player.

In the second game, you are assuming that the node given by $x,k$ is never reached (since $j$ and $k$ give the same payoff and when indifferent, player 1 always choose $j$).

Under that behavioral assumption (which must be verified to be consistent with equilibrium), player 2 must believe she is at the node "$y$" with probability 1. Since Player 2's beliefs have changed with respect to game 1, the mixed strategy given by $G$ is, in general, no longer optimal (unless $a$ and $b$ give the same payoff regardless of the action of player 1).

In short, player 2 will, in general, not use the same strategy in the first and the second game; so threatening to use $G$ is not credible.

Btw all threats are credible in a PBE since strategies are best responses given some beliefs that are Bayesian.