In the solution to the problem below provided by my professor he applies a first order condition to the lagrangian for ct, getting pt for the partial derivative of the argument "$\frac{d}{dc_t(t)} \int p_t(w)*c_t(w)dw$". This is puzzling to me since the derivative of a indefinite integral of ct should be ct not 1.

What's going on with this derivative and is it correct? 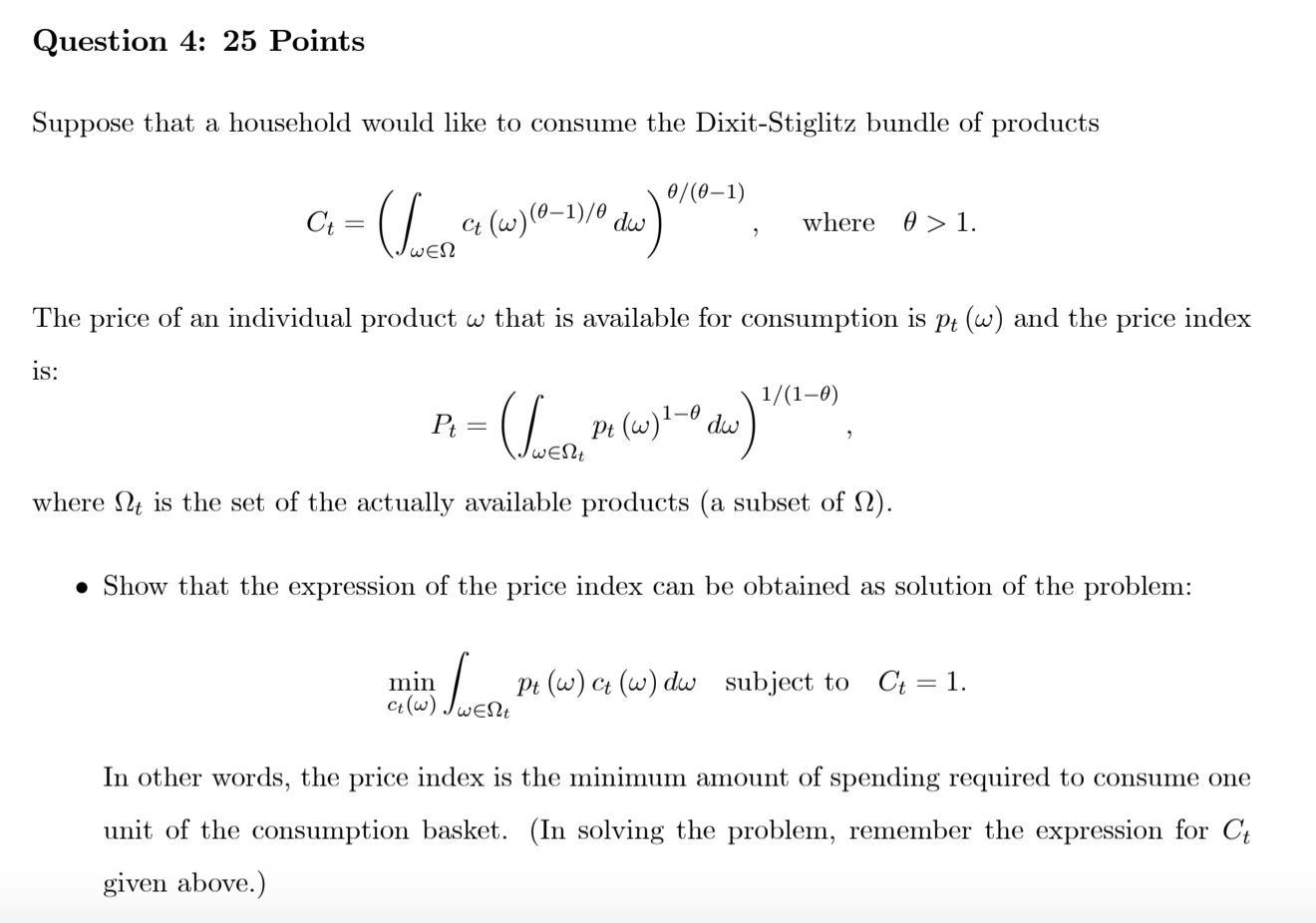 This is puzzling to me since the derivative of a indefinite integral of $c_t$ should be $c_t$, not 1.

If you provided your reasoning for this, it would be easier to see where the confusion is. In any case, hope this helps!

Also, this guide may provide further assistance: The basics of “Dixit-Stiglitz lite”

3
Understanding subscripts in first order conditions of dynamic optimization problems
2
How to relate real rate of return on capital to bond interest rate: Lagrangian
6
Solution Method for Infinite-Horizon Maximization Problem
2
Regarding a consumption aggregator: How do I differentiate under the integral sign?
5
Differentiating a conditional expectation: RBC models with uncertainty
2
Expectations in Gali's classical monetary model