I'm confronted with the following situation:

First of all nature decides which of two games is played. Then each of two players make a simultaneous move, but only player I knows which game is played.

How can I display this information in extensive form?

The root will be the nature, which decides whether Game I or Game II is played. Now we have two additional layers for each game. Now I would use an information set to display that the moves are taken simultaneously, but how can I display that only player I knows about which game is played?

You could represent the game in extensive form like this: 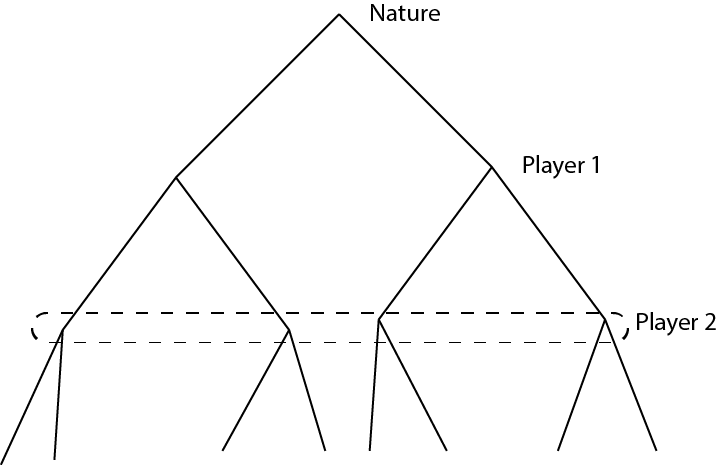 Not the answer you're looking for? Browse other questions tagged game-theory bayesian-game extensive-games or ask your own question.