Why are Hicksian demand curves unobservable

I have read this paragraph in a book (Jehle, Reny: Advanced Microeconomic Theory): 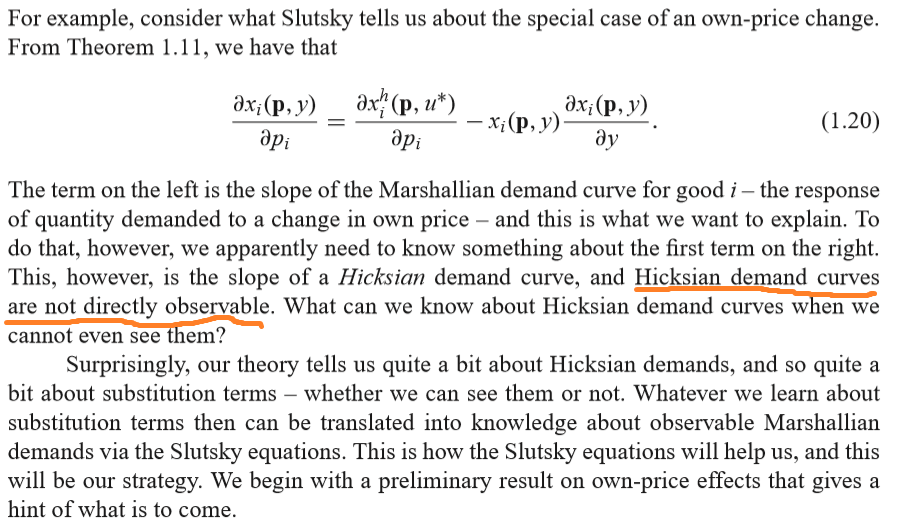 I don't quite understand why Hicksian demand curves aren't directly observable? What does observable stand for in this context? I can create a Hicksian demand function, which I then can differentiate for prices and so on, so why can I not observe them?

Observable just means directly measured by data. In that sense, Marshallian demand is observable because we can see people's optimal consumptions of a certain good for different prices and the same income.

1
Shifts in demand curves
2
How to get hang of mathematical language that is so extensively used in economics?
5
List of theoretical models of learning
3
When gradient of utility function is a zero vector
3
Explaining why Hicksian demand is more inelastic to intermediate micro student
1
Elasticity of subsitution: a redundant calculation?
2
The relationship between indirect utility and expenditure functions
3
How to derive Hicksian demand?
1
Why are indifference curves (often) of infinite length?
0
How to derive this Hicksian Demand?