Index of an Excess Demand Vector

Mas-Colell, Whinston and Green, in Microeconomic Theory (third edition), postulate the concept of an index for an excess demand vector, which is later used in the Index Theorem: 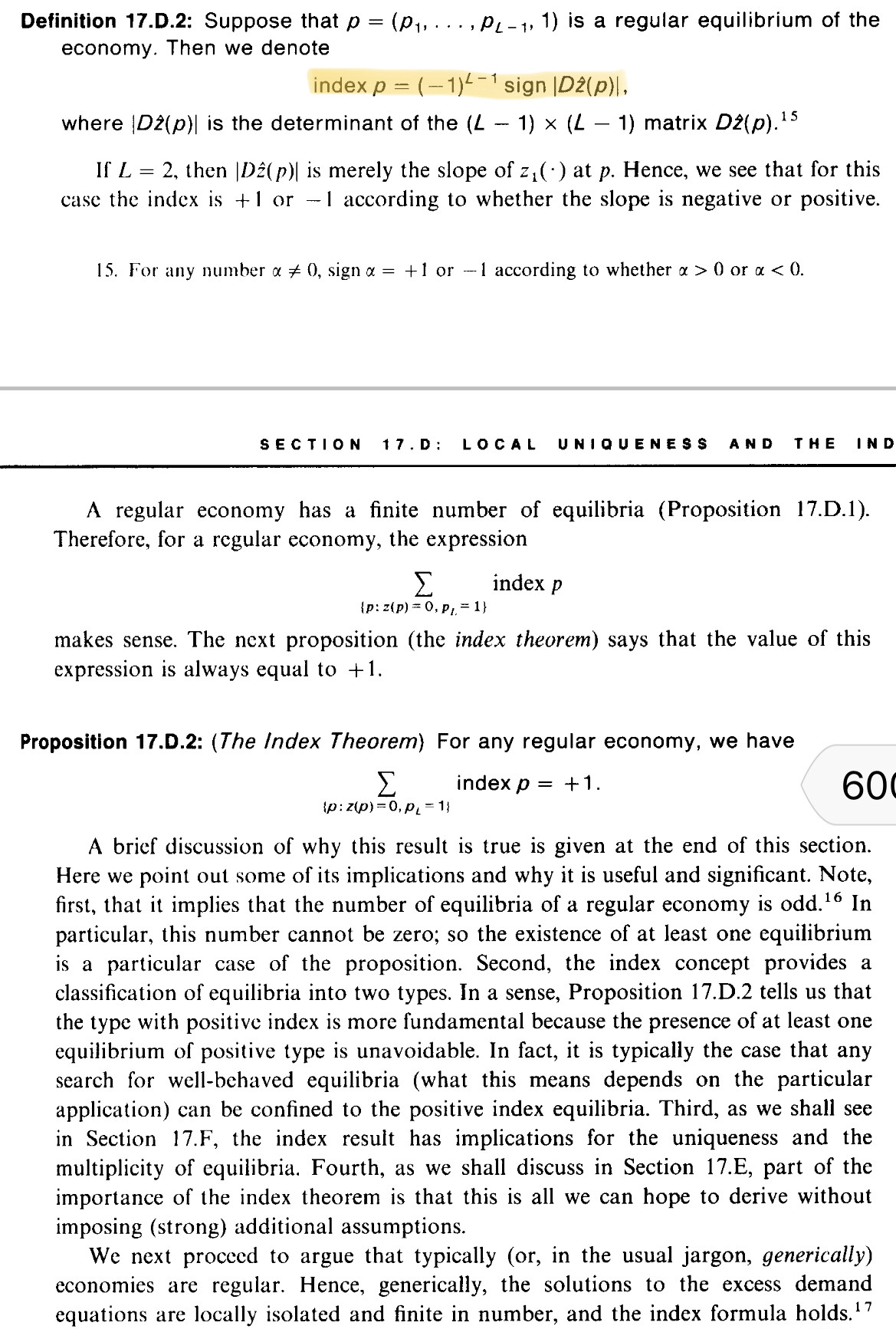 A regular equilibrium of the economy is defined as the following: 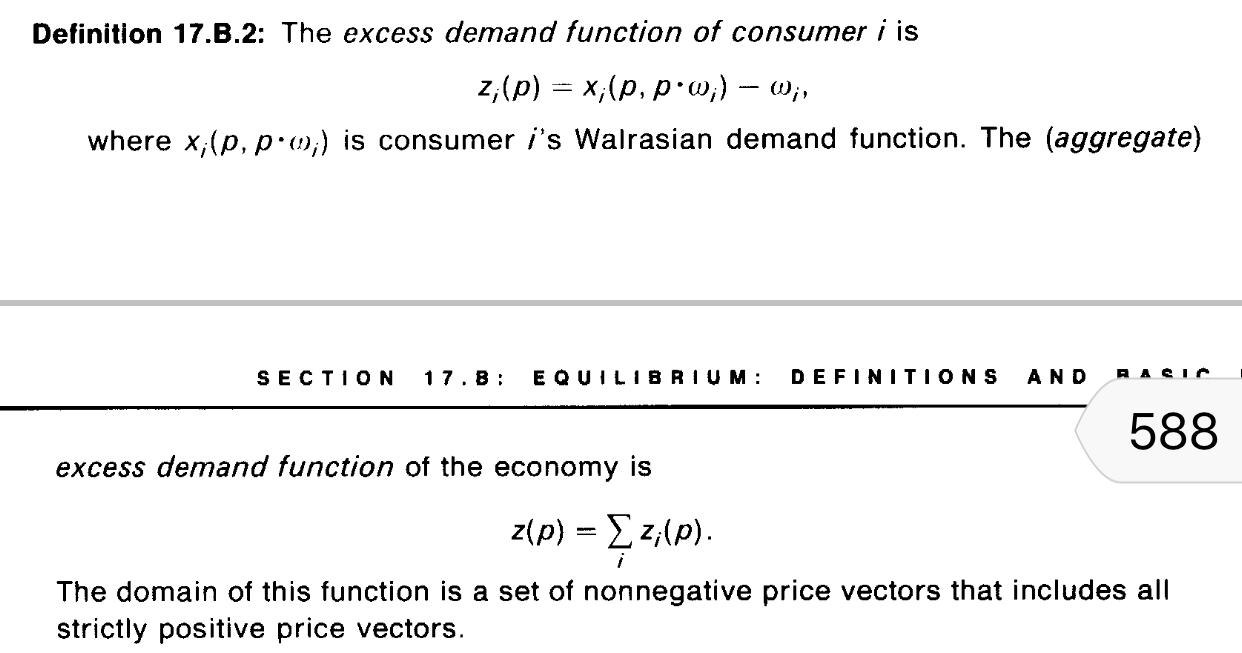 What does the concept of index means?

Browse other questions tagged microeconomics mathematical-economics general-equilibrium or ask your own question.

6
Can integrals be interpreted simultaneously as aggregates and averages? (Mas-Colell et al. 1995, Proposition 4.C.4)
2
Walras's Law V.S Say's Law- Is there a difference?
2
How does this demand function satisfy the Weak axiom if it doesnt satisfy the necessary and sufficient conditions?
1
Equilibria in non regular economies
0
Free Disposal: the production set less the vector space of positive reals
1
Conditions for Radner Equilibrium
1
Difference between social choice function and mechanism outcome function
2
Why does the price and wealth derivatives, weighted by the price and wealth, sum to 0?