As in title, I'm looking for a paper estimating the amount of all money in the world, sum of value of all national currencies or something like this.

When I google it, I find only pop-science curiosities, but I need hard data to quote.

And if you're looking for broad money (which basically includes bank accounts as well), the World Bank puts it at about 125% of the world's GDP. It has been increasing fairly rapidly over the past decades; it was only around 50% in the 1960s. 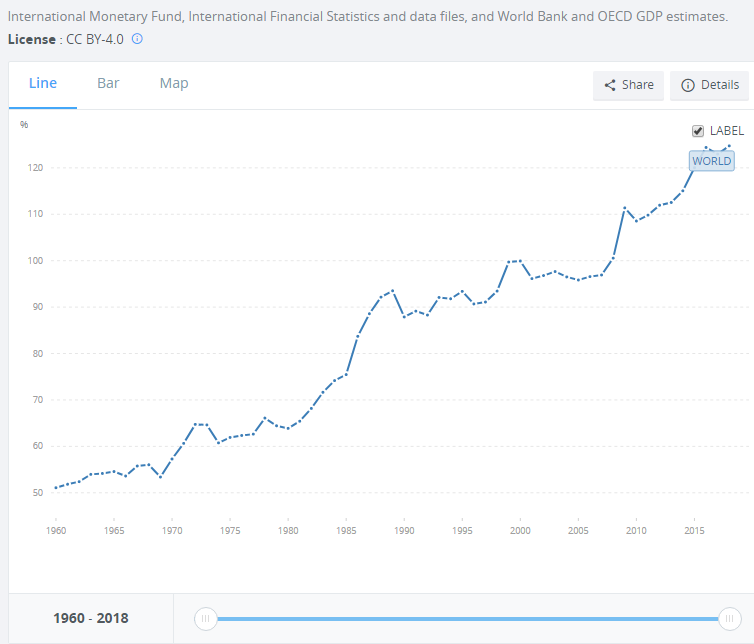 As a sanity check, MarketWatch puts the broad money in the world at $90.4 trillion for 2017. The estimate is in the same ballpark as the one I made above. (Marketwatch does not cite a source for their data.) It does have more interesting comparisons though, including with the world real estate, stocks, and with derivatives (also with bitcoin if you care [to be amused]).

Not the answer you're looking for? Browse other questions tagged money or ask your own question.

4
“Demand for money” - definition
6
The Printing of Money for Paying Debt
8
Is money a conserved quantity?
0
Are there any countries in which post-dated cheques are commonly used in trade?
1
Initial creation of reserves
0
Value of money (incomes) question - what is the “r” here?