Velocity of M1 versus M2 money

According to Pablo Kurlat's textbook on Macroeconomics, the graph of Ch 13 compares the velocity of M1 and M2 over the years. I don't understand why M1 velocity exceeds M2 even though M2 includes more variables such as M1+ money market mutual funds + time deposits + savings deposits. I thought M2 velocity would exceed M1 velocity. I also understand that according to the Quantity equation: money supply * velocity = price level * real GDP 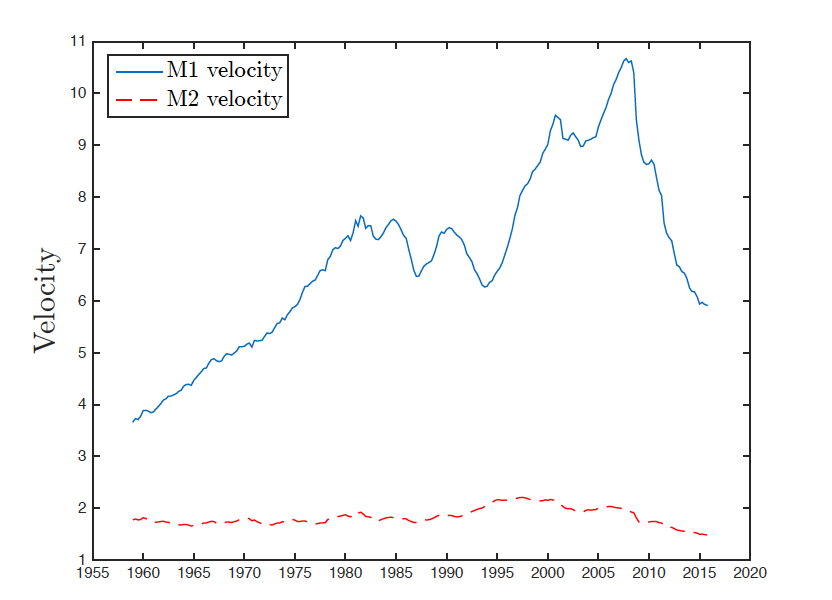 Not the answer you're looking for? Browse other questions tagged macroeconomics monetary-policy money-supply quantity-theory-of-money or ask your own question.

0
How is the growth rate form of the exchange equation derived?
1
So what exactly happens to the real interest rate in the long run?
4
Confusion about the effect of an increased expected inflation on the price level
0
How do the Government, Firms and the Foreign sector pay their debts in this circular flow of income?
4
Why does an economic slowdown lead to deflation?
0
Is the money market model based on assumption of no interest rate targeting on the part of the central bank?
1
Where does investment originate from in the circular flow model?
2
Mankiw's version of the Cagan model - need help interpreting it