Why (neoclassical) economic models have no profits, unlike the real world?

Consider a simple neoclassical model of an economy populated by firms with a constant returns to scale production function, using homogeneous labour and capital. Firms are equal, and are price takers in all markets. Thus, firms pay factors their value marginal product. In the long run, any economic profit is wiped out by changes in the price of the good, due to the menace of entry of new firms.

In this setting, no income remains after paying out competitive wages to workers (L) and competitive return to the capital hired for production (K). This is, for firm $i$,

In the trivial economic model however, the ownership of the firm is not explicitly modeled. Firms do not pay dividends.

Why is this? Why is ownership not relevant? Are profits uninteresting? That is what the capitalistic firms cares about! I'm puzzled.

Accounting (after tax) profits are net of depreciation and of interest paid on loans, or of any capital/equipment actually rented by the firm. So conceptually, they map to "net returns on own capital".

Not necessarily "equilibrium" or "competitive", because such characterizations are some steps further down the modelling road, in making assumptions on the market structure and on the goals of economic agents.

It has been a historical habit in economics to use the word "profit" to describe "the existence of returns to capital above the competitive-level" (hence for example "monopolist makes a profit").

In other words, Economics uses the word "profit" with a different meaning than the one used in Accounting and in Business, that's all.

It seems economic models do not explicitly include ownership of the firm (not of the physical capital, an input used to produce).

Many economic model do have profits. We're just more careful about what we call it. See the definition of "economic profit." When you think of profits, you need to ask yourself if the money you are making is simply a fair exchange for the costs you incur---explicit and implicit costs---or whether some portion of that profit represent money gained above and beyond the (true) costs of production (see "economic rent"). Indeed, this is the only sensible way to think about the world.

If you want to see models that dig deep into the issues of economic rents and the ownership of a firm, I would recommend taking a look at the subfields called "industrial organization" and "corporate finance." (For example, take a look at Jean Tirole's book on corporate finance.

Meanwhile, in real life, even in competitive markets, firms do make profits on the long run.

This is a bold claim. If you want to be scientific, you're going to have to be precise about how you (1) define profits and (2) define competitive markets, and (3) show (with data and sound analysis) that firms very commonly do make profits as you've defined them. This is how an economist would operate.

Firms are just an ethereal "thing" that take inputs and produce output with a technology freely available.

Hidden in this comment is an very interesting object of study. What is a firm, really? This was an important question (first?) and most famously raised by Ronald Coase. How do we define a firm? Why do they exists? etc. See the "theory of the firm." 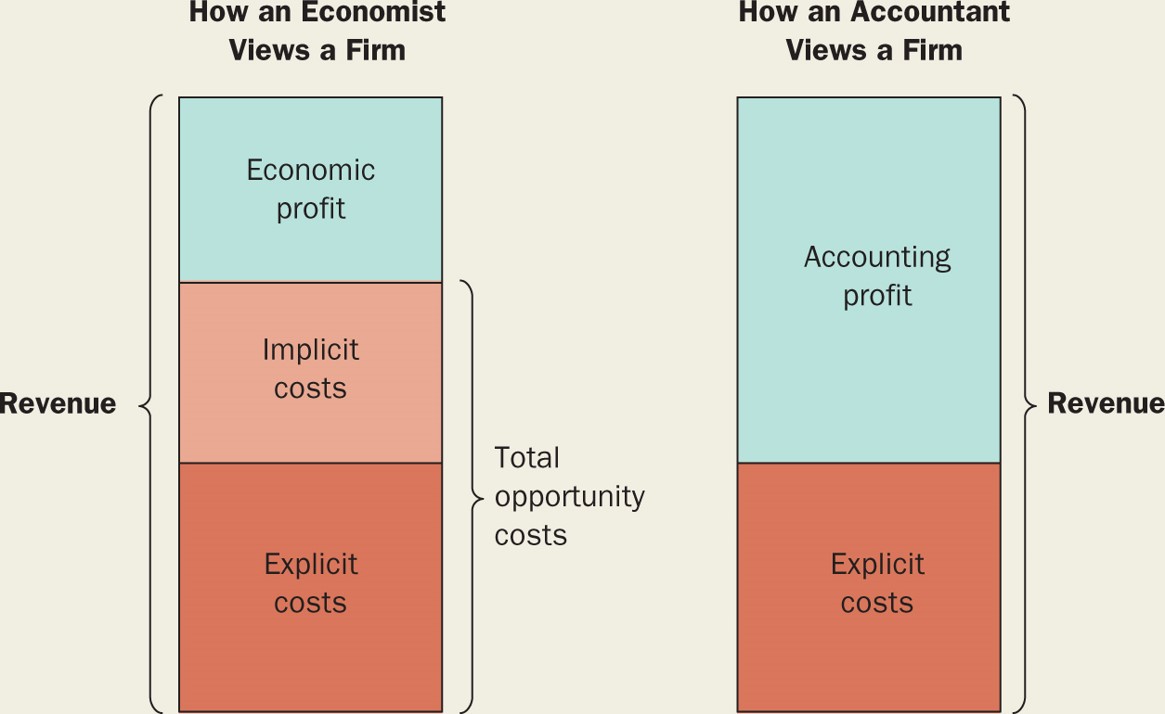 I assume that this is about Macroeconomics in particular (you might want to add that tag).

The interaction of firm profits is often irrelevant. It is well summarized under capital rents. Having firm profits does not add any insights to, say, Solow's growth model or the standard Neoclassical model.

In some models, however, we do need profitability of firms. That typically comes from additional costs of running the firm. For example

Why? Because we start in many models from the first-best and gradually remove particular assumptions. Romer could have talked in his model about a world in which patents have limited enforceability, or competitors particularly catch up, but the standard models we research ( and teach) typically do not incorporate this.

Later on, Kortum (1997) and Aghion, Howard, Howit create research based growth models that allow for catching up of competitors.

Profits are messy to model

Profits mess up a lot of things. Think about the neo keynesian model, a standard example of where firms make profits (positive or negative) in every period, which do not necessarily cancel out over time. Allow for heterogeneity in households assets: some are poor, some are rich.

Perfect representation of the owner in the decision making process of the firm requires that the stochastic discount factor (SDF) of the firm represents the SDF of the owner. But, in this model, who is the owner? Rich and poor agents share the firm, with different degree of ownership. To do this properly, we would need to add a stock market for the firm and allow agents to trade it; track the ownership of the firm and adjust the SDF.

In reality, firm decisions are often voted over by simple majority. You'd need to model coalitions that get votes of $50%$ of asset holdings and see what SDF that gives you.

Of course, this is much too complicated to do correctly. Even the intermediate step with an asset market is not trivial, people very often fall back to assuming the SDF of the richest agents, predicting their model's outcome. But it's not nice: We like to have internality consistent models, and profits make this difficult.

I want to take Alecos' answer, which seems to be more explicit about the issue at hand, and provide a formalisation, which to me provides a better picture of why neoclassical models do not usually allow for accounting profits.

Imagine an economy, where a government had issue a bond which pays interest rate of $r$ per period. There is no inflation, so all is in real terms. There is a capitalist with a pool of capital of \$100. There is also a technology $F(\cdot)$ which is capable to transform labour power and capital services into final goods. Say that workers reservation wage is $w$ per period, exogenous.

Say the capitalist creates a for-profit firm with his capital. This capital (equity, E) is used to buy an equivalent worth of capital machines (K), which for simplicity are assumed to already exist (no need to be produced). In other words, the firm now owns the machines. The balance sheet of the firm is:

Now, the firm hires workers, to which it pays $w$, and uses its technology $F(\cdot)$ to produce $Y$ goods within one period. These are sold at a unit price $p$. Therefore, from an accounting point of view, the firm's profits at the end of the period are:

Then, it follows that the rate of return on equity (RoE, or $R$) is:

Additionally, since the opportunity cost during the period of production of the capitalist was $rE=rK$, economic profits of the firm are:

Replacing the RoE in the above yields:

Therefore, the firms make positive economic profits whenever the rate of return on equity is higher than the opportunity cost rate (the govt. bond yield).

It is expected that in competitive markets/long run, the price of the good will be adjusted so that the RoE equals $r$, where there are no economic profits ($\pi_e=0$). With this conditions, any capitalist is therefore indifferent between buying the government bond and setting up a firm.

Not the answer you're looking for? Browse other questions tagged economic-terms profits or ask your own question.

5
Why is there a positive risk-free interest rate?
5
Allocative efficiency -- correlation between MB and p in populace with wealth inequality
1
Marginal productivity, wages, and profits in neoclassical economics

3
If every company in the economy earns zero economic profit, can they contribute to real economic growth?
4
Why do different product-markets record different rates of return if the assumption of competitive markets hold?