How to analyze this guessing game?

I sometimes play a guessing game with a friend. So fx we might try to guess how many people live in Russia. So person A says 100 milion and then person B says either 'more' or 'less'. If B says 'more' and in fact more than 100 milion live in Russia, then B wins and conversely. Is this game fair? I have an intuition that B probably has an advantage, but I'm not sure how to formally analyse the situation.

This is an interesting question!

It would seem that the game is not fair: Player A is at a pretty serious disadvantage.

Player A will win if their guess is between the true value and Player B's guess.

-Since there is a 50/50 shot for either guess to be above or below the true value, 50% of the time the guesses will lie on either side of the true value and player B will win, regardless of whose guess is closer.

-25% of the time their guesses will be on the same side of the true value and player B's will be closer. Player B will also win here (deservedly).

-25% of the time their guesses will be on the same side of the true value and player A's will be closer. Here player A will win (deservedly).

However the game also becomes increasingly complicated once you allow each player to have first order beliefs about the other player's beliefs (ie. specific information about the shape and center of the other's belief distribution), because then there's the opportunity for say, A to exploit their belief that B's guess is below the true value by guessing slightly lower than they would otherwise. And with second-order beliefs things get even more complex, and so on and so on. I'm not sure whether player A's disadvantage is robust to these nuances, but it's still quite striking to me that a game that at first glance seems fair is actually under normal conditions pretty lopsided!

A great question! While I won't attempt to provide a complete analysis, here are a few observations:

Observation 1: In this game, Player 1 lacks a dominant strategy.

To see this, suppose that player 2 chooses the (rather unwise) strategy of saying 'more' regardless of what number player 1 proposes. In that case, player 1 will obviously want to declare a very high number (to make sure that player 2 is wrong). Conversely, if player 2 says 'less' pretty much all the time, then player 1 will want to say a very low number. So what player 1 wants to do depends on player 2 strategy, which makes the situation game theoretic.

To make more progress, let us suppose that each player's beliefs about the unknown quantity can be represented using a smooth probability density function over some subset of the real line (i.e. we will view the quantity to be estimated as a continuous variable). To make things simple, let us further suppose that both probability distributions are symmetric and centred around the true value. We then have:

Observation 2: If players have the same beliefs, then there is an equilibrium in which each player's chance of winning is 50%.

More concretely, suppose that the players use the following strategies:

In the equilibrium, player 1 guesses the median and player 2 says 'higher' (since the guess is weakly lower than the median). This is true 50% of the time, so each player has a 50% chance of winning. It is clear, moreover, that this is indeed an equilibrium:

Finally, let us turn to the more realistic case in which player beliefs can differ. In general, we can view this as a Bayesian game in which player 1 chooses a rule specifying a guess for every possible belief (i.e. distribution) that she could have; and player 2 specifies a rule specifying whether she says 'higher' or 'lower' depending on (i) player 1's guess (ii) player 2's prior belief (distribution). Unfortunately, finding the equilibria of this game seems a little involved. We can, however, observe the following:

Observation 3: In any equilibrium, player 2 must win with probability of at least 50%.

To see this, suppose that player 2 follows the same strategy as above: say 'higher' if the guess is lower than the median of her (player 2's) distribution, and say 'lower' otherwise. In general, this strategy is not optimal since it disregards any information that might be conveyed by player 1's guess. However, even using this simple strategy, player 2 will win at least half of the time (since we have assumed her distribution to be centred around the true value).

The game is not fair. B has an advantage.

The definition of the word "information" in the below analysis means knowledge of the subject area of the game.

Scenario one: The players have equal information.

In this case, "fair" should mean that A has a better chance of winning than B. But we can see this is not true. Assume B has zero information and their answer comes by flipping a coin. B's odds of winning would still be 50/50. B could essentially flip a random coin for their answer and expect to win the game 50% of the time.

Since the game yields a fair outcome in scenarios one and three but the outcome is weighted in favor of B in scenario two, we must conclude the game is not fair and B has an advantage.

The previous answers suggesting B has an advantage are correct under several tacit assumptions. However, in the general case it is impossible to say who has an advantage. This depends on the question and on the precision of the information the players possess.

Example: Consider the question: How many legs does a beetle have? Obviuosly, player A has an advantage here.

I think this holds up in the case where we assume each player draws from a normal distribution where the actual answer is the mean (on average they guess correctly). If Player A makes some guess G1 then the probability that the guess of the second person is on the same side as the mean (and therefore encompasses the mean) is greater the the probability it is not. 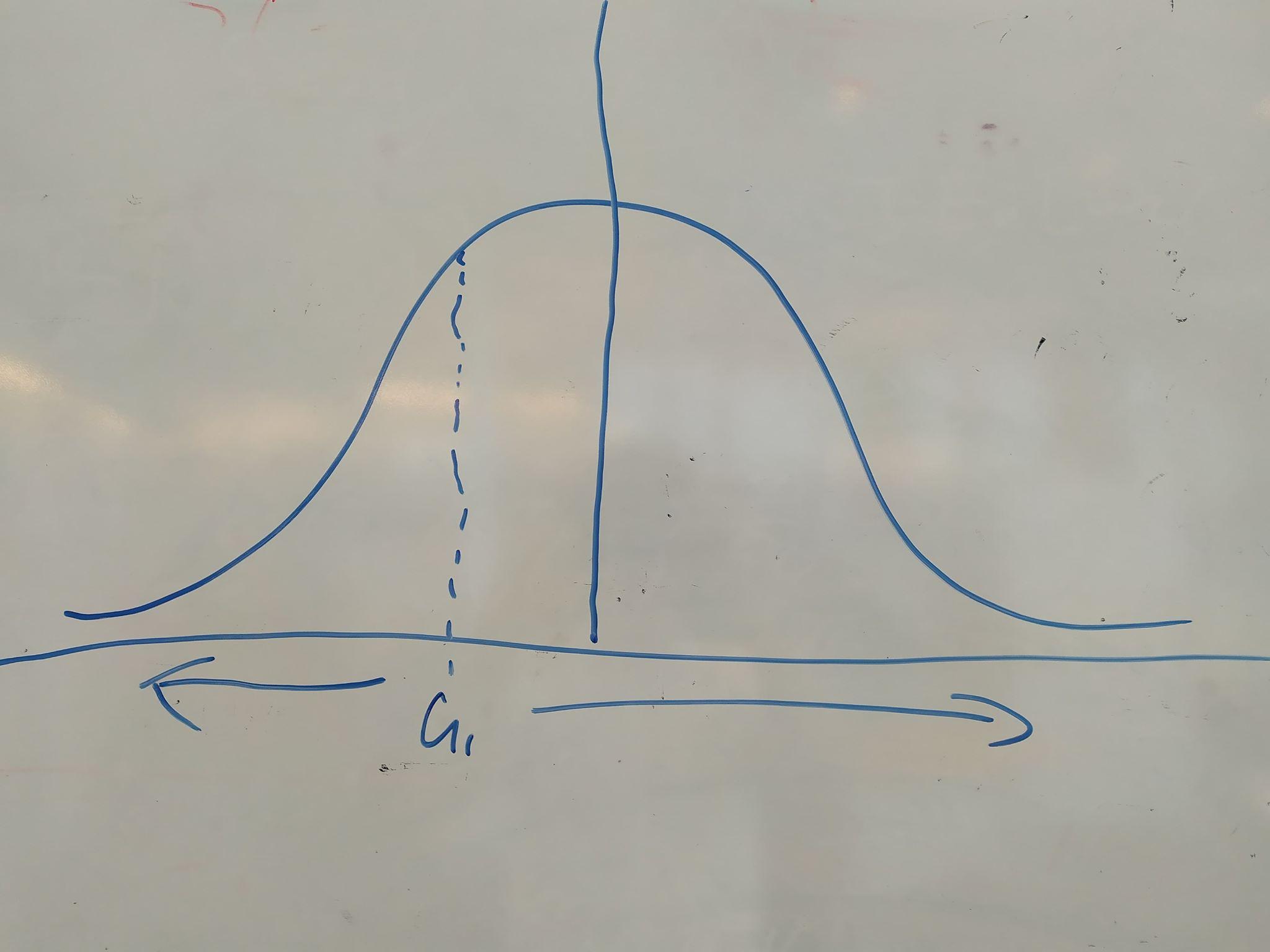 Not the answer you're looking for? Browse other questions tagged game-theory or ask your own question.

3
Help improving this definition of a "game"?
7
What determines the outcome of a price war, and why isn't that outcome reached instantaneously?
7
Optimal Random Bids
3
What is the economic incentive to cheat? How does an experiment capture exogenous deviations?
2
Matchstick Game
5
Definition of Bayesian Nash equilibrium
1
Why is this a zero sum game?
0
How to analyze this two-player, imcomplete-information, extensive-form game?